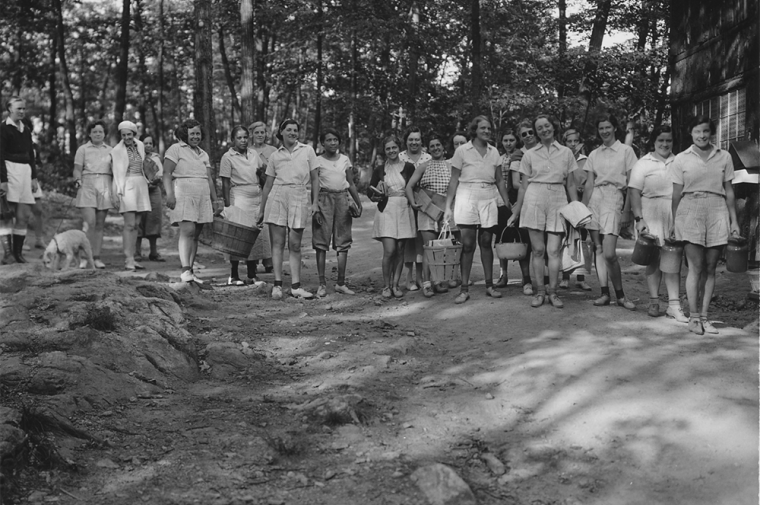 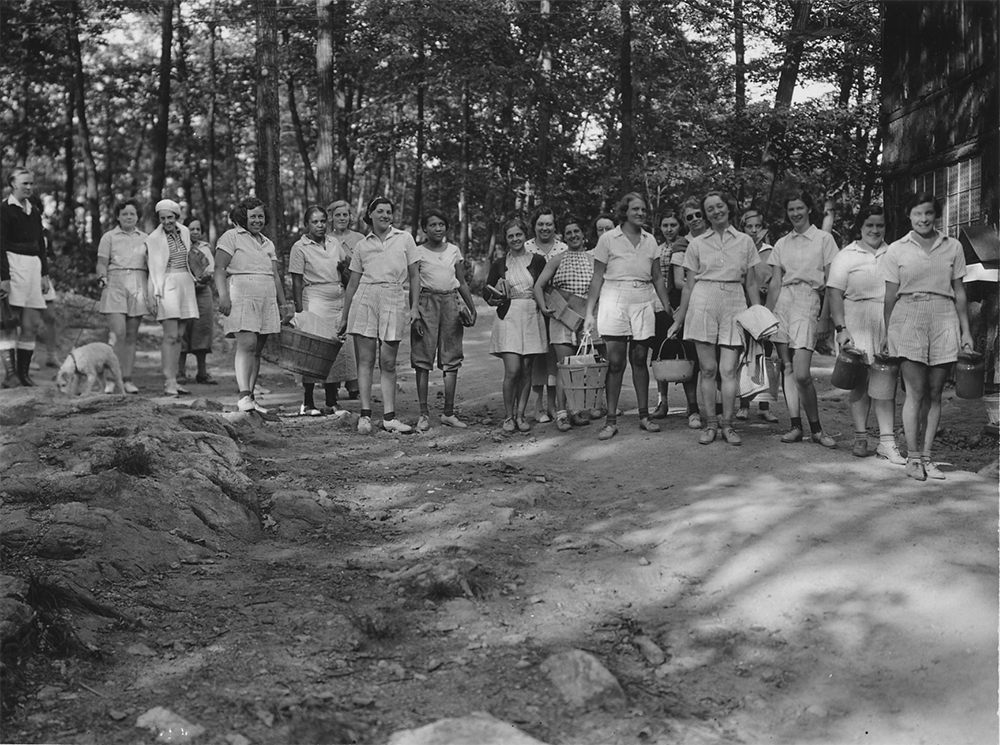 As Americans navigate the pandemic and economic downturn, elected officials and activists alike have called for ambitious new public initiatives the likes of which we have not seen since the 1930s. While the New Deal’s “alphabet soup” of federal programs for unemployed men is well known, the Roosevelt Administration also introduced residential programs for unemployed women. One program administered by the Federal Emergency Relief Administration and championed by First Lady Eleanor Roosevelt created a network of residential camps for unemployed women, where thousands found respite between 1933 and 1937. Formed as a counterpart to programs like the Civilian Conservation Corps (CCC), the women's camps were sometimes derisively referred to as "She-She-She Camps."

Over the summer, PennPraxis sponsored a design fellowship to research and document the camps, resulting in the first comprehensive inventory of known camp sites and a public website. The project was led by Design Fellow Elizabeth Sexton (MSHP’20), with PennPraxis' Molly Lester serving as project manager and Randy Mason, associate professor in the Graduate Program in Historic Preservation, acting as faculty advisor. Following is an excerpt from SheSheSheCamps.org​.

When he took office as President in March 1933, Franklin D. Roosevelt enacted the New Deal, a series of sweeping changes implemented in his "first 100 days” as president that aimed to address the devastating consequences of the Great Depression. Through relief, reform, and recovery efforts, the New Deal sought to create jobs, offer aid, and stabilize the economy and agriculture systems. The Civilian Conservation Corps (CCC) was one of the first New Deal relief programs. Roosevelt signed the CCC bill on April 1, 1933, providing thousands of unemployed young men with jobs related to conservation of the natural environment and historic sites.

In late April 1933, on the heels of the CCC's initiation, Eleanor Roosevelt discussed the possibility of camps for women as a relief measure with Frances Perkins, Secretary of Labor. By June 1, 1933, the two held a press conference on the matter and announced plans for an experimental stage of implementing women's camps. With the proposal approved by FERA's director, Harry Hopkins, and funding secured from New York's allotted relief money, Eleanor Roosevelt and Perkins launched a camp for unemployed women called Camp Tera (Temporary Emergency Relief Administration), located on the shores of Lake Tiorati in Bear Mountain State Park, New York.