From the Rooftops: Sonja Dümpelmann 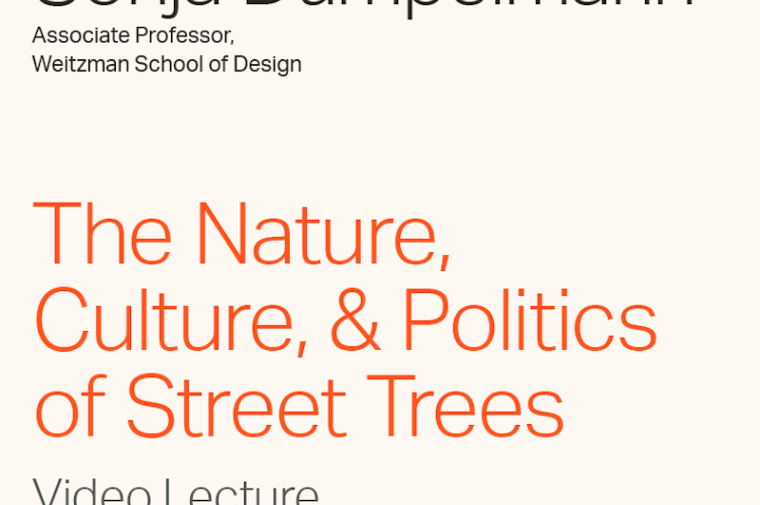 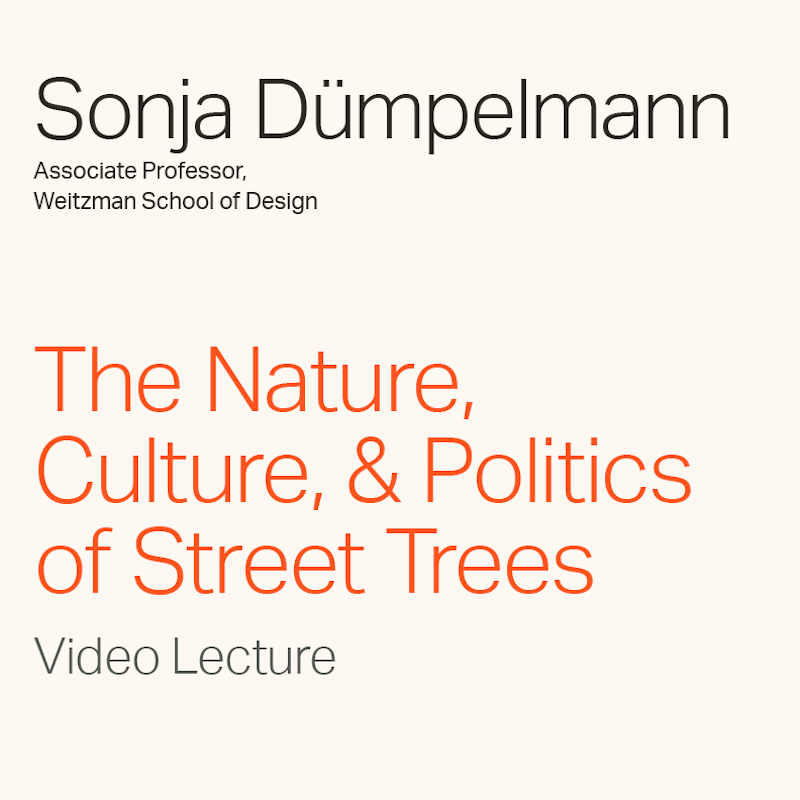 Q&A with Sonja Dümpelmann on her lecture topic.

What is the value of a street tree vs other forms of civic infrastructure?

S.D: In contrast to other parts of civic infrastructure like lamp posts, bus stop shelters, fountains, water hydrants, and benches, street trees are alive. They grow and change with time. Depending on the species and climate zone, trees also change with the seasons. During springtime in temperate climate zones, it will be relatively easy for casual observers to detect trees’ developmental changes even on a daily basis. Cities change color not only through various atmospheric and meteorological conditions, but also through blossoming and leafing trees. Trees’ aesthetic provides a lively contrast to cities’ inert built structures. Street trees bring life into cities which is not our own, and for this and other reasons they have positive effects on human health. Street trees are valuable for many other reasons as well. They fulfil functions that may not, or, not as easily be provided by other types of infrastructures. For example, they provide shade and can reduce the heat island effect, they filter dust, reduce stormwater runoff, and buffer sound.

During the Civil Rights Movement, the African American community used trees to reclaim the city. Could you talk about how street tree planting became a means for them to reclaim their right to the streets they were living on and to improve their living environment?

S.D: In the decades leading up to the 1960s, many inner cities in the US with large African Americans populations were affected by disinvestment, neglect, and disrepair. Decades of discriminatory practices including redlining, restrictive covenants, and outright prejudice had led to segregation, social and environmental injustice–a situation we still witness today. In New York City’s Harlem and Bedford-Stuyvesant neighborhoods citizens gathered in block associations to effect positive change in their neighborhoods. In Bedford-Stuyvesant, community tree planting activities began in 1964, the first year of civil rights riots in the neighborhood. The riots were a response to the shooting of a 15-year-old African American student by a white police officer. Ensuing protest rallies led to violent fights between the police and predominantly African American citizens, and to the destruction and looting of stores in Harlem and Bedford-Stuyvesant, further exacerbating a situation in which streets had already been unsafe and littered with trash. Citizens under the leadership of Hattie Carthan planted street trees as a peaceful self-help initiative to improve their living environment. They ultimately managed to draw the mayor’s attention to the lack of trees along Bedford-Stuyvesant’s streets, and New York City’s Department of Parks and Recreation began a tree matching program: for every four trees that a block association planted it would receive six additional ones from the City.

Your work looks at those in power and those subjected to that power; the relationships between social and political processes and landscape transformation. Historically, how has the landscape transformed as a direct result of the type of civil unrest we are currently witnessing?

S.D: These past weeks’ events have again made very clear that we still need to fight for equal human rights in this country and that social and environmental justice are aspirations, not the reality. Despite 1954 Brown v. Board of Education and the 1964 Civil Rights Act, we are still inhabiting a landscape not only shaped by racism, but one in which racism is practiced on a daily basis. Although public parks, like other infrastructures, may have been formally desegregated since the 1950s and 1960s, they have, in fact, often been used to establish spatial barriers between neighborhoods inhabited by different socioeconomic and ethnic groups. Parks have been used to spatialize discriminatory racial practices, and their provision and use are influenced by exclusionary zoning.

While the grassroots movement recounted above inspired temporary positive change, another (design) movement in the 1970s, initiated by architect Oscar Newman, had more ambiguous outcomes. To prevent crime, public housing was to be designed in a way that not only improved residents’ place-attachment and identification with their home, but also the ability to self-police and self-surveille. Creating so-called “defensible space” meant, among other things, designing landscapes that would not prohibit oversight. However, instead of reducing fear and increasing trust, “defensible space” quite literally meant producing a housing landscape of retrenchment. Civil unrest has often led to fear of crime, and as a result, to requests to fell trees because these may be used as hideouts by potential criminals. Rather than designing “defensible space,” felling trees or not even planting them, the actual societal causes of fear and mistrust have to be addressed, so that designed landscapes and vegetation can be provided equally and contribute to human health and happiness.