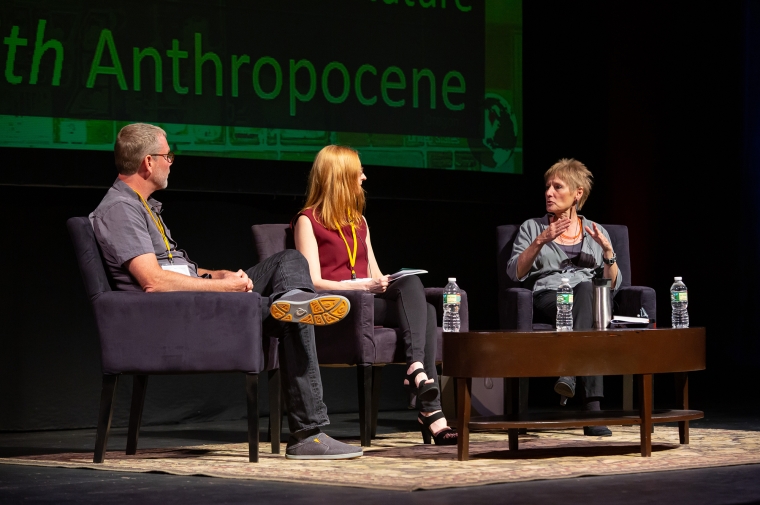 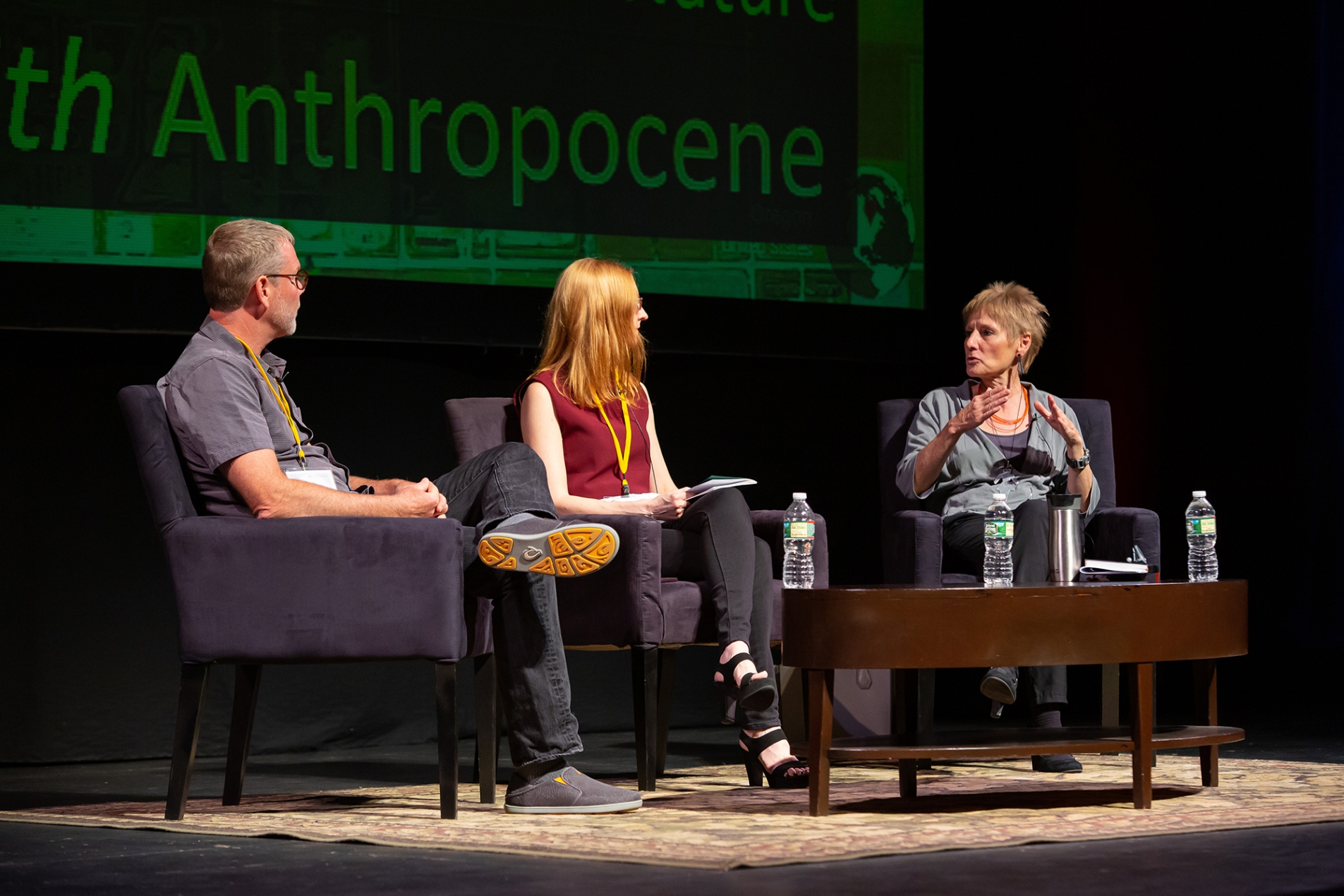 Ursula Heise and Erle Ellis come from different disciplines. Heise is a professor of literary studies at UCLA. Ellis is a professor in the Department of Geography and Environmental Systems at UMBC. But their work is united by a concern with the fate of living things in an epoch marked by human influence on the natural world. In June, they shared the stage at Penn’s Annenberg Center to mark the official launch of the Ian L. McHarg Center for Urbanism and Ecology and to kick off Design With Nature Now, a weekend-long conference and summer-long exhibit celebrating the fifty-year anniversary of McHarg’s most famous publication, Design With Nature.

In Design With Nature, McHarg, who founded the department of landscape architecture at Penn, described a program for designers that is rooted in investigating the function and value of ecological systems. The fact that a center named in his honor was christened by a literature professor and an environmental scientist was a small testament to the far-reaching impact of his work.

Heise’s talk, “Mapping Urban Nature and Multispecies Storyworlds,” was framed by two works of fiction: Tropic of Orange by Karen Tei Yamashita and New York 2140 by Kim Stanley Robinson. Heise used both books to explore people’s evolving perception of nature on an increasingly urbanized planet. How are maps — spatial, temporal and natural maps — constructed in different cultural contexts? she asked. How can plants and animals gain agency in the Anthropocene? How can human cultures conceive of “multispecies justice,” and, if non-human beings have cultural agency, “how radical an urban democracy can we handle?”

“Designing with nature now means designing with cultural ideas about nature, including, importantly, narratives about the natural environment and how it relates to the cities,” Heise said. “And that is sort of where my other area of expertise comes in. Fiction and nonfiction writing have played an important part in reimagining urban nature from the viewpoint of different cultures.”

Ellis titled his talk “Nature as Designer: Emancipating Nonhuman Ecologies in an Increasingly Human World.” The lecture was rooted in “niche construction theory,” which explores the ways that living things change their local environments. The ways that humans shape and adapt to their environments is a cultural inheritance, socially learned, he said. At the beginning of the talk, Ellis showed a slide of the earth’s cities lit up at night — a satellite image that showed up repeatedly throughout the conference. Was the illumination of the earth’s surface an intentional design project? Clearly not, Ellis said. Instead, it’s an unintended consequence of more limited human interventions — caused by people, but not under their control.

“We have a cultural nature, and we are entangled with it. That is who we are,” Ellis said. “And a lot of the ecology that’s out there that’s considered natural is a human ecology as well. It was produced long before agriculture … Ecologies were already transformed by hunter-gatherers. So let’s think about ‘design with Anthropocene’—design with nature in a context where humans are a powerful force that shapes everything, no matter what.”

Following their presentations, Heise and Ellis sat down with the Weitzman School associal professor of landscape architecture Karen M'Closkey, to compare their visions of design with nature in the 21st century.