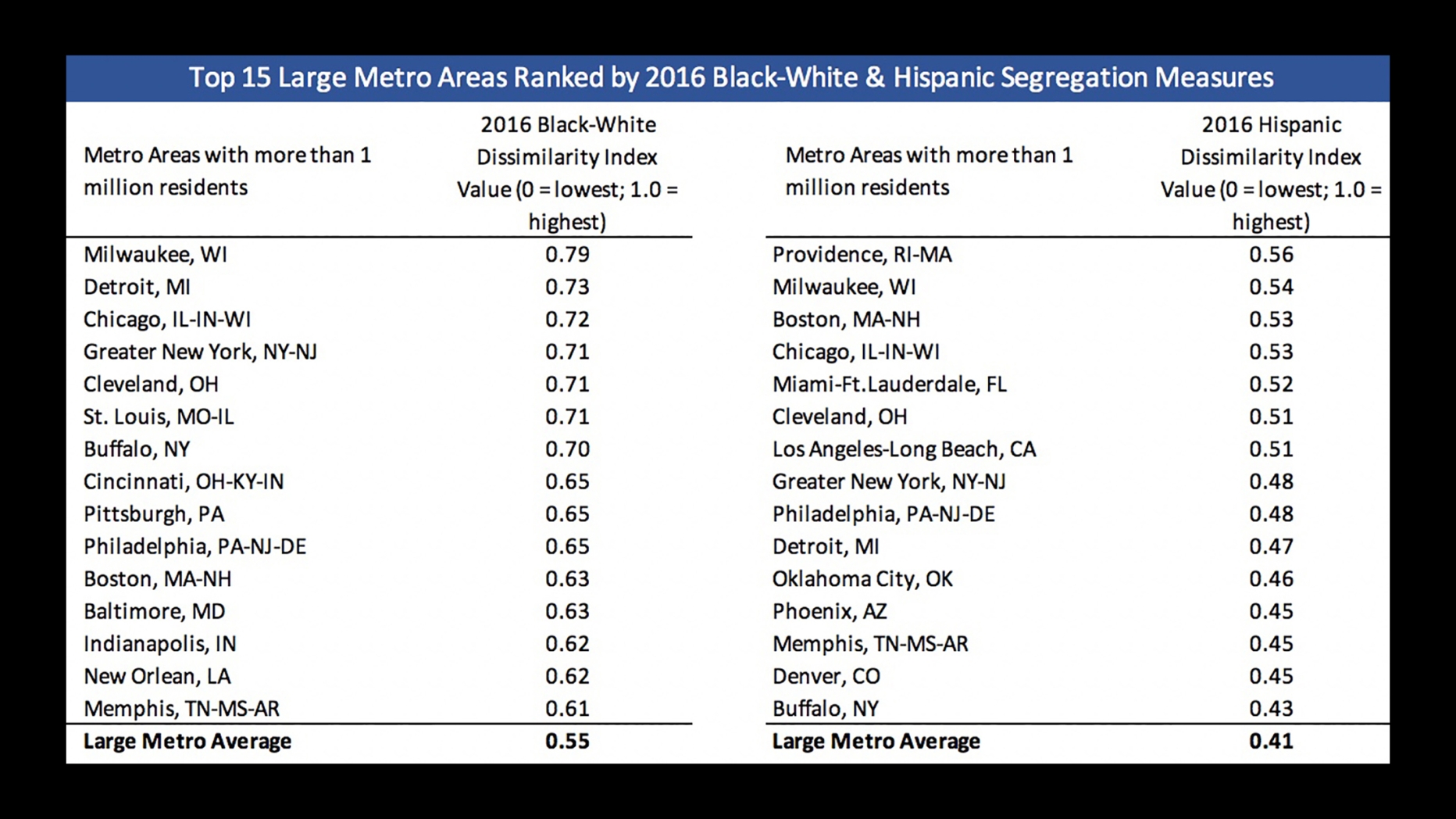 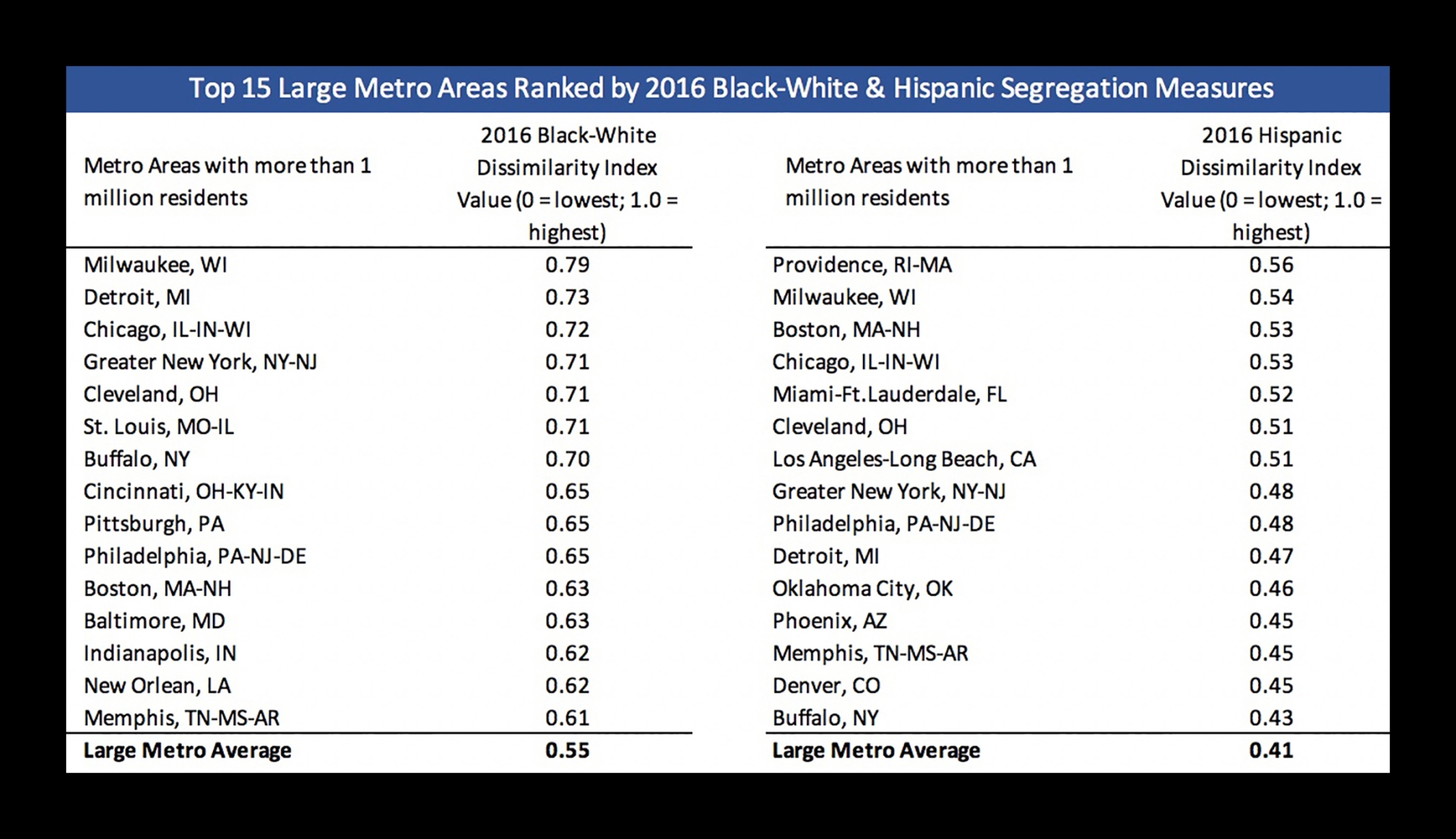 This PPEI Working Paper uses recent data from the American Community Survey to update previous into the extent of residential segregation in U.S. metropolitan areas.

The author finds that when measured at the metropolitan level, Black-White residential segregation continues a decline begun in the late 1980s, while Hispanic segregation is the rise. Population growth mostly works to reduce racial segregation but the effect varies by metro area.  Higher levels of segregation are associated with higher rates of poverty among African-Americans but not among Hispanics. Lastly, even as segregation serves to reduce individual opportunities, it does not seem to be associated with rising homeowner or renter cost burdens.