Robert D. Yaro was Professor of Practice at the University of Pennsylvania Stuart Weitzman School of Design from 2002-2020.  His teaching and research focus on land use, urban development and infrastructure planning for megaregions and metropolitan areas. In 2004 he identified the emergence of 11 megaregions across the United States, and since then has led seminars and studios on planning for emerging megaregions in the US, Spain, the United Kingdom, China, Singapore and Morocco.

He is also President Emeritus of the Regional Plan Association. He led RPA from 1990 until his retirement as President and CEO in December 2014. Headquartered in Manhattan, RPA is America's oldest and most distinguished independent metropolitan research and advocacy group.

At RPA, Bob Yaro led the five-year effort to prepare RPA's Third Regional Plan, A Region at Risk, which he co-authored in 1996. And he also initiated work on the 4th Regional Plan, which was completed in 2018. These strategic plans are designed to shape metropolitan growth and development and policies and investments in transportation, environment and climate, housing and urban design across the New York-New Jersey-Connecticut Metropolitan region.

At RPA he also established and led the Civic Alliance to Rebuild Downtown New York, a broad-based coalition of civic groups formed to guide redevelopment in Lower Manhattan in the aftermath of the September 11 attacks on the World Trade Center. He also initiated and led America 2050, an investigation of long-term development trends and infrastructure needs for the United States and its magaregions.

In partnership with the World Bank, he also initiated the Metro Lab, an initiative to assist emerging global cities in preparing their own metropolitan strategic plans

Prior to coming to the Weitzman School in 2002, Mr. Yaro served on the faculties of the University of Massachusetts at Amherst and Harvard and Columbia Universities. From 1985 to 1989, Mr. Yaro was Associate Professor of City & Regional Planning at UMass and founder and Director of the University's Center for Rural Massachusetts. In this role he initiated Growing Smart in Massachusetts, the nation's first smart growth initiative, and coined the term “smart growth.” In 2015 he served as Visiting Professor at the University of Texas at Austin, where he led a studio that outlined a regional plan for the Texas Hill Country, continuing a life-long interest in planning for large landscapes.

From 1976 to 1984 Mr. Yaro served as a city planner at the Boston Redevelopment Authority and then as Chief Planner and then Deputy Commissioner of the Massachusetts Department of Environmental Management.

He is now leading Rebooting New England, an initiative to build a high-performance rail network between New York and Boston, as part of a broader effort to with revitalize the region’s mid-sized cities. He also co-chairs the New York-New Jersey Metropolitan Storm Surge Working Group, which is advancing a proposed system of both off-shore and perimeter storm surge barriers to protect the nation’s largest urban region from future storm surges.

He is an honorary lifetime member of the Royal Town Planning Institute and American Society of Landscape Architects.

At the Weitzman School Professor Yaro taught seminars and studios on planning for large, complex infrastructure systems, metropolitan areas and megaregions. His studios have proposed multi-billion dollar investments in inter-city and high-speed rail for the Northeast and New England, a surface transit system for New York City’s outer boroughs, a strategic plan for the Jing-Jin-Ji megaregion around Beijing and Tianjin, China, and a national transportation investment strategy for the United States. In academic year 2018-19 he will lead a research seminar and studio on strategies to address growing spatial inequality in the US, with a case study on strategies to revitalized bypassed mid-sized cities in New England.. 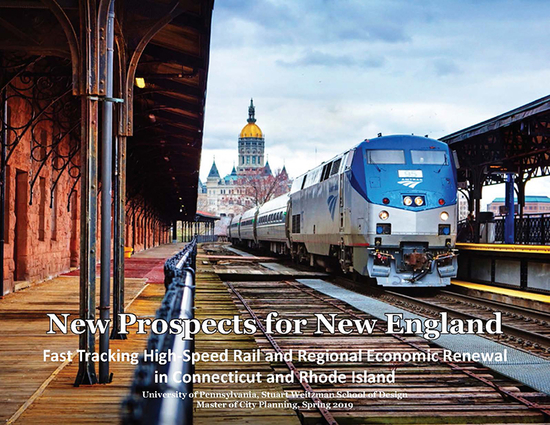