The Neon Museum's Scholar-in-Residence on the Las Vegas Strip, Hong Kong, and Piranesi

Associate Professor of Urban Design Stefan Al is a Dutch-born architect and urban designer who has written widely about cities, including informal settlements, industrial towns, commercial developments, and high-density environments. He’s the editor of Villages in the City: A Guide to South China’s Urban Informality, Factory Towns of South China: An Illustrated Guidebook, and Mall City: Hong Kong’s Dreamworlds of Consumption (all from University of Hawai’i Press/Hong Kong University Press). A decade of research on Las Vegas led him to the city's Neon Museum, where he recently served as scholar-in-residence. He also curated an exhibition about Las Vegas with New York-based firm !melk for the Van Abbe Museum in Eindhoven.
What were the highlights of your residency at the Neon Museum?
I gave a public lecture and went through the Neon Museum’s archival material, which includes historic photos, presentation drawings, and blueprints of signs. The most special part of the museum is the Neon Boneyard, a place where the city’s most iconic signs go to retire, like the Stardust letters and the Aladdin’s lamp. It is a beautiful and surreal place, with the neon letters and figures laid out in the desert sand. Think of Piranesi’s etchings of Rome, but then with monuments of neon and lightbulbs instead of stone.
What made Las Vegas such an ideal laboratory for neon innovation?
In hopes to attract people to the Mojave Desert, developers had no choice but to experiment and innovate. Until today, few places have such vast budgets for buildings and millions of people expecting to be entertained.
The layout of the Las Vegas Strip, where competing companies are in close proximity of another, also bred architectural experimentation. Just like soap companies compete by different packages, so was signage used as a way to distinguish companies offering similar services — gambling, accommodation and entertainment — strung around a single street.
Developers were allowed to build as they please, with little constraints from city planners. Few people know that the Strip is actually not in Las Vegas, but in an unincorporated township of Clark County, with unusually lax regulations. The Strip’s casinos were deliberately built outside of the city of Las Vegas, so developers could escape city taxes and zoning laws.
What role did Las Vegas play in the introduction or proliferation of neon signs?
During the 1960s Las Vegas led the world building the largest neon structures. The 1964 Dunes sign was 181-feet tall and contained 3 miles of neon tubing and 7,200 electric — to the pleasure of General Electric, who awarded it the Sign of the Year. Then in 1968 came the Frontier’s new pillar at 184-foot tall, three feet taller than the Dunes. That same year the Stardust sign was built, a 188-feet neon structure, the world’s tallest.
Casinos then fundamentally believed that they needed to compete by building tall signs. Plus they had the money to build them. At heart, it is simple human nature. To call attention to a casino, one owner puts up a sign. Then the next owner puts up a bigger one. The president of YESCO, Las Vegas most prolific sign company, recalled, “the gamblers would […] say, ‘You gotta put me up a bigger one than so and so's got down the street.’”
As cities around the world continue to attract more residents, is “bigger and brighter” the future of all city skylines?
Although signs are often derided as commercial, some places derive their cultural identity from big and bright signs and billboards, like New York’s Times Square. Hong Kong’s pulsating skyline draws many tourists too, with buildings animated with lasers nightly at 8:00pm. But as impressive as this spectacle of light may be, at the same time, local residents living close to the video billboards had trouble sleeping, even after installing blackout curtains.
A few years ago, I was asked by the Hong Kong’s Environment Bureau to join a task force to think about how to regulate external lighting. It was difficult to strike a balance between allowing commercial interests to display their messages, and to prevent light pollution and reduce energy wastage.
Your design work includes iconic buildings like the 2,000-foot-high Canton Tower in Guangzhou, the preservation of world heritage in Latin America at the World Heritage Center of UNESCO, and an 11,000-acre new eco-friendly city in India. Has your study of Las Vegas neon animated any of those projects, or vice versa?
When I worked on the Canton tower I remember our Chinese clients, after a visit to the Strip, asked for Stratosphere thrill-rides and Bellagio fountains. We ended up building a “Bubble Tram,” a Ferris Wheel revolving around the tower, at 1,500 feet high. 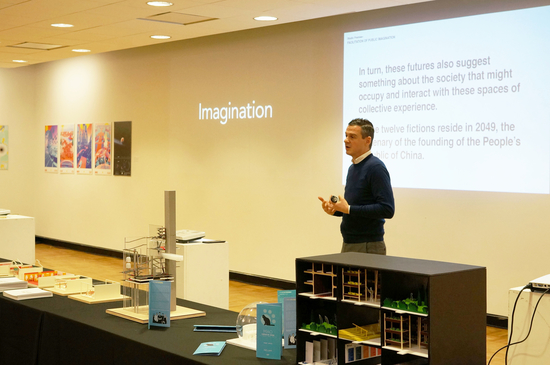 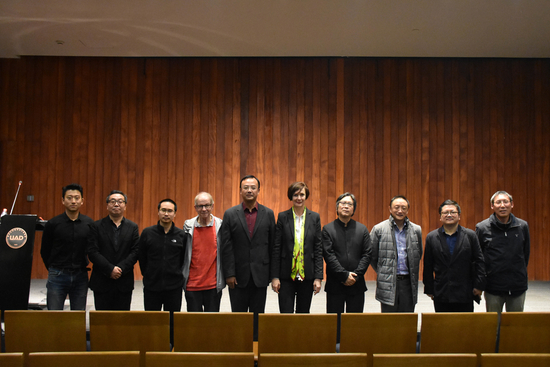 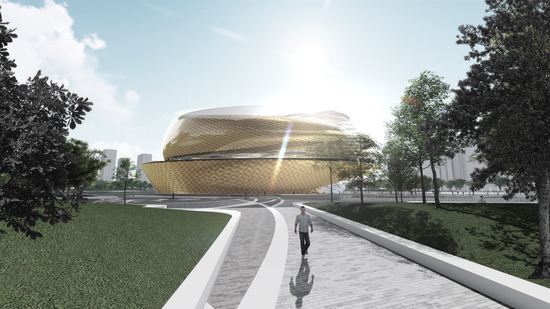 Excerpt: ‘Change Over Time’ on Detention, Isolation, and Quarantine

'The Landscape Project' Explores Design Agency in the 21st Century