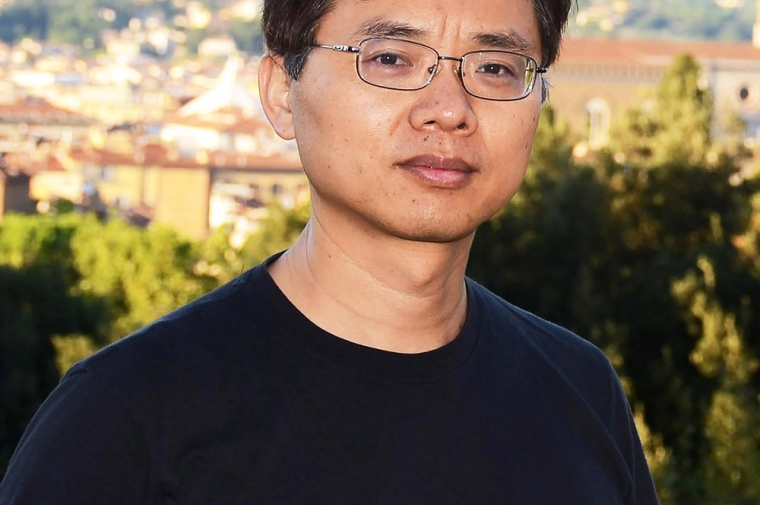 Zhongiie Lin, associate professor of city and regional planning, arrived at PennDesign this past fall after teaching at the University of North Carolina at Charlotte. Co-founder of Futurepolis, an awarding-winning international design firm, he studies and teaches urban design, ecological urbanism, utopianism, and Asian architecture and urbanism.

What are you teaching this year?

I teach a studio both semesters. The fall studio, Fundamentals of Urban Design, focuses on Philadelphia as a model for urban design. The spring studio, Public Realm, explores urban infrastructure and informal settlements in Shenzhen, one of the most economically and socially dynamic cities in China.

You lived in Philadelphia while you were a PhD student at PennDesign. What changes in the city and on campus have you been noticing?

For me, the most noticeable changes seem to have occurred in the area between Center City and West Philly. There was sort of a “gap” there in the early 2000s when I studied at Penn. New mixed-used developments, sport fields, and landscapes along both banks of Schuylkill River have filled in most of the voids, stimulating more economic activities and facilitating walkability and recreational experience.

The rate of change here must feel drastically different than in China, where you’ve written about the explosive growth in cities. Are there lessons from your research on that which can be applied to Philadelphia?

Indeed, urban changes occur in more dramatic ways in Chinese cities due to the continuing influx of population and pro-development policies. Distinct social contexts also mean that the urban development patterns bear few similarities between an American historic city like Philadelphia and the Chinese new towns that I study. However, the adaptability demonstrated in China’s urban growth to sustain economic development is notable and deserves attention, particularly in cities like Shanghai and Shenzhen. In those cities, urban landscapes are changing rapidly, even in the center of the cities, with remarkable urban spaces, venues, and landscapes celebrating the transition from a production-driven economy to a consumption-driven urban economy.

The book examines the contemporary new town movement in China, focusing on the reciprocal relationship between city building and social transformation through the lens of urbanism and utopianism. It focuses on a series of “model new towns” regarded as China’s demonstration projects of urbanization—with case studies of the Sino-Singapore Suzhou Industrial Park, Shanghai’s “One City and Nine Towns” program, prototypical eco-cities in different regions, and the notorious “ghost towns”—to explore forms and impacts of urbanization and expose mechanisms through which the new towns transform the Chinese society and the global network of cities.

What are five artworks, movies, or publications that have been important to your current work and thinking?

Many writers have influenced my scholarship of urbanism, including Kevin Lynch, Aldo Rossi, and Jane Jacobs. I also want to point out a book, Robert Fishman’s Urban Utopias of the Twentieth Century: Ebenezer Howard, Frank Lloyd Wright, and Le Corbusier—you can see why “utopia” is often the theme of my own writing—and a movie, Forrest Gump. They are both easy reads. Both have inspired me in terms of incorporating ideas with storytelling skills.