The former Corn Exchange National Bank & Trust is the new  headquarters for Linode, LLC, a growing cloud-hosting company. Located on the corner of 3rd and Arch next to the Betsy Ross House in Philadelphia’s Old City Historic District, the building was specifically chosen by Linode’s CEO for its history and architecture.  It also firmly situates Linode, which was previously located in suburban offices, at the core of Philadelphia’s emerging N3rd (pronounced “nerd”).  Inventive design, combined with the owner’s robust commitment to preservation, resulted in the adaptive reuse of this landmark structure to provide modern office space designed to reflect Linode’s innovative culture.

The 22,500 SF building was originally built in 1906 as a branch of the Union National Bank, and it has since hosted a variety of inhabitants.  In 2004, the building temporarily became home to its best-known residents: the cast of MTV’s The Real World: Philadelphia. Although the exterior remained largely untouched, the interior was extensively altered to accommodate the production’s set and equipment requirements.  Post-Real World, the building was utilized as an art gallery and event venue until it was vacated in 2014. Over time, periods of vacancy and piecemeal renovations to accommodate its various owners took a toll on the building’s historic fabric. 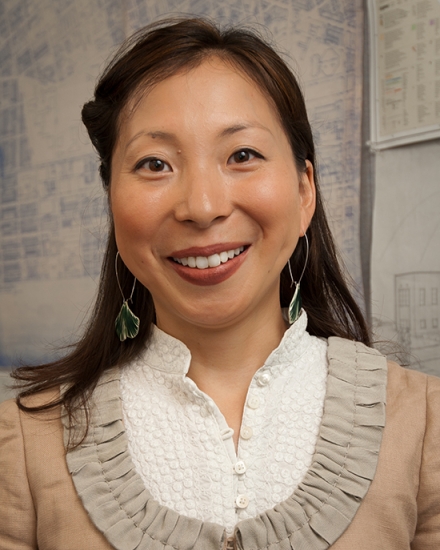 Fon Wang is a senior project manager for John Milner Architects, Inc. Prior to joining JMA, Fon was the Director of Historic Preservation at architecture/engineering firm Ballinger from August 2015 to 2021. Significant projects include a major renovation of the former Provident Mutual Life Insurance Company complex  and the adaptive reuse of the Corn Exchange National Bank in the National Historic District of Old City.

From 2005 to 2015, Fon was principal of UCI Architects providing architecture, planning and historic preservation services. Notable projects included five ground-up stations along the Market Street Elevated Train, the renovation of Historic Wayne Junction Station, and the renovation and addition to the historic campus for the Pennsylvania School for the Deaf (originally Germantown Academy). The firm’s renovation of Humphrey Hall, the first building on the campus of Cheyney University of Philadelphia, and  the modernization of historic Wayne Junction Station received grand jury awards from the Preservation Alliance of Greater Philadelphia.

Fon was honored by the Philadelphia Business Journal as one of the 40 under 40 local proven performers in their industries and communities and received the Young Architects Award from the AIA Philadelphia. Fon holds a Bachelor of Architecture from Syracuse University and a Master of Science Historic Preservation from the University of Pennsylvania, where she was the inaugural recipient of the David De Long Fellowship. 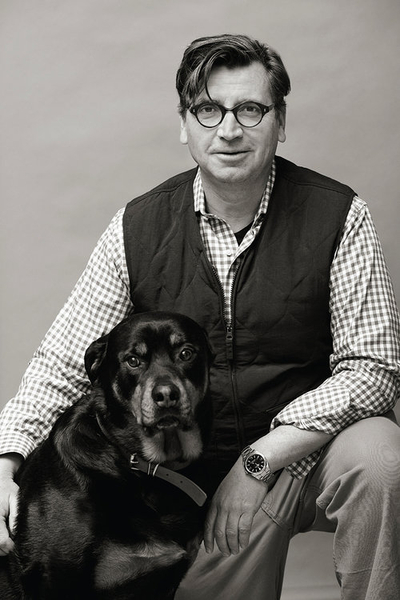 John Carr, AIC-PA, spent 15 years in the field of architectural conservation prior to founding Materials Conservation in 2006. With a breadth of knowledge and nearly three decades of experience, John’s primary responsibility is the management of the firm and overseeing MC’s spectrum of projects. Clients often rely on his creativity to help develop strategies for funding projects. Co-workers rely on his expertise for inspiration and advice when they launch a conservation project.

John holds a MS and an Advanced Certificate in Architectural Conservation from the University of Pennsylvania, School of Design. He completed stone conservation coursework in Rome, Italy, holds a Professional Associate title with the American Institute for Conservation of Historic and Artistic Works, and belongs to the Association for Preservation Technology. John has been an active member on the board of the Preservation Alliance for Greater Philadelphia and the Dean’s Council at the University of Pennsylvania. Ever loyal to his Canadian roots, John is also a member of the Canadian Association of Heritage Professionals.

Green even before it was more than a color, John’s vision for adaptive reuse of buildings has already transformed the streetscape in the gritty section of Philadelphia that houses MC’s offices and studios. He’s aiming his sights on a new part of town: reimagining a factory warehouse into Materials Conservation's new headquarters.