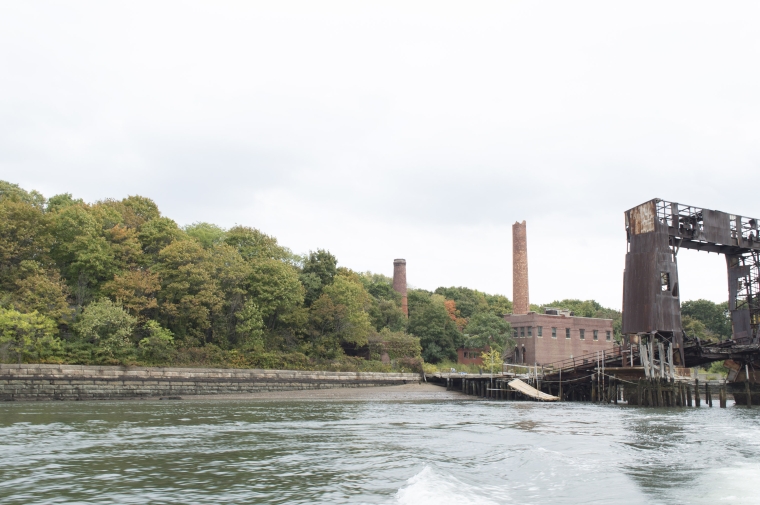 The gantry and beach provided an access point to North Brother Island. The smokestacks are the most visible built fabric from the Bronx shore. Photo by Andrea Haley. 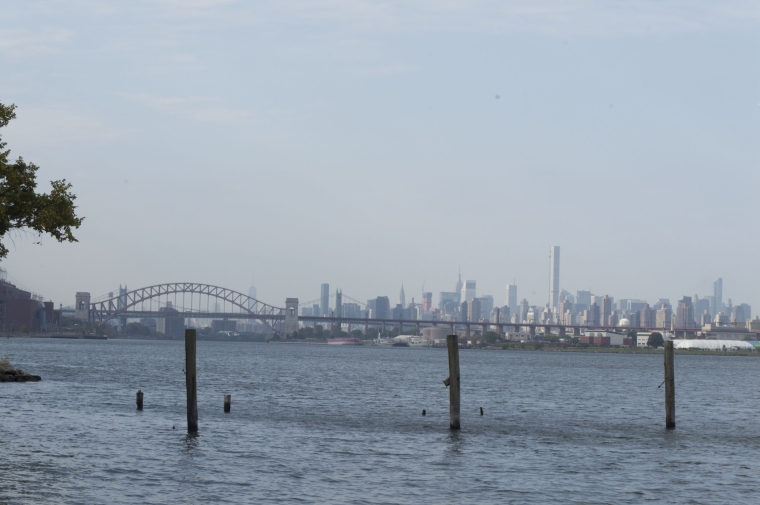 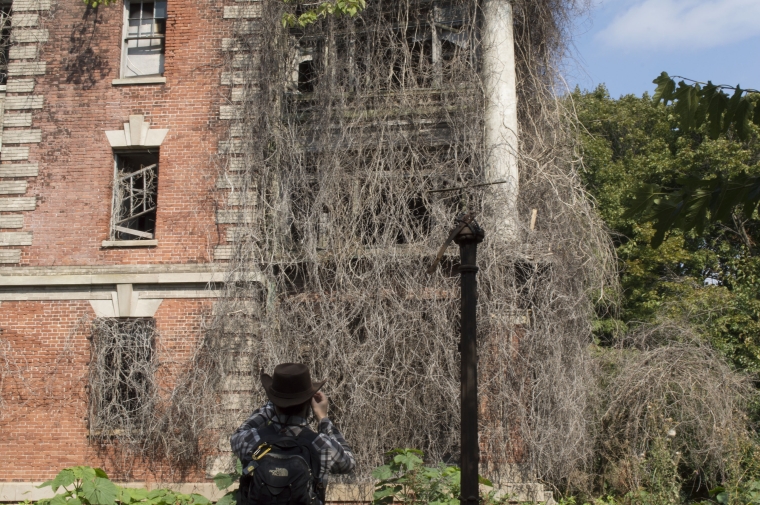 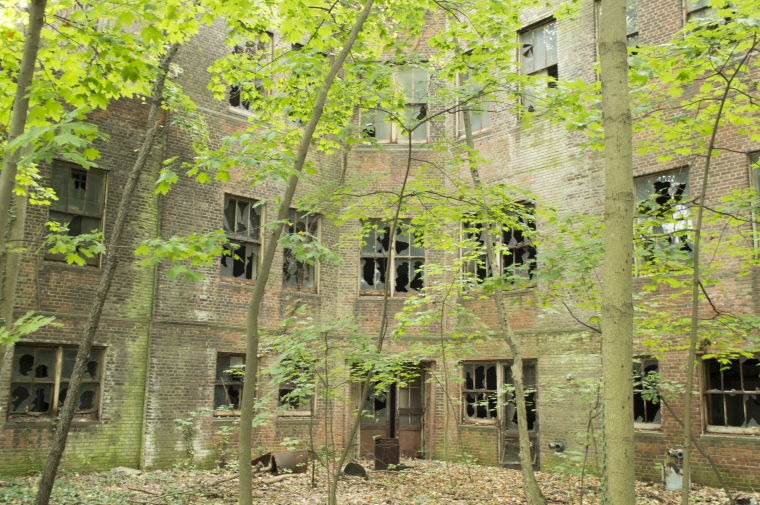 The Tuberculosis Pavilion is the largest building, located on the north of the island, amid tall trees, giving the area a cathedral-like feeling. Photo by Andrea Haley. 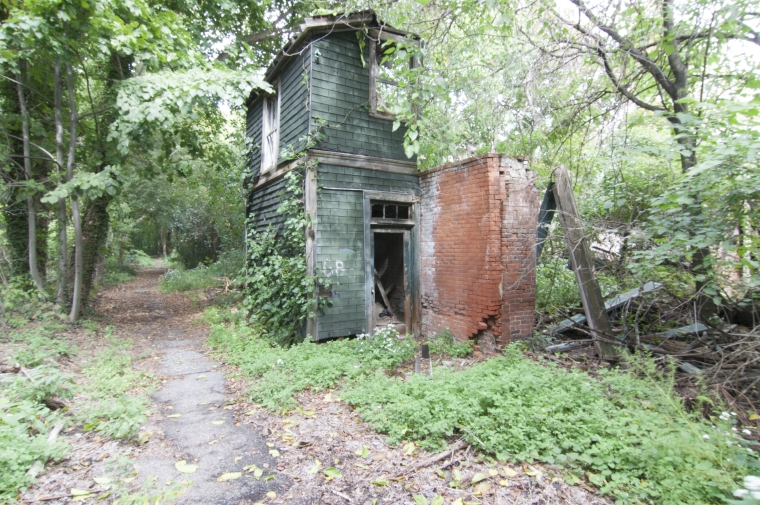 The paths, which follow the historic streets, are periodically unearthed by NYC Parks. Metal curbs, lamp posts, and fire hydrants all show the history of the island, but are overgrown by the ecology. Photo by Andrea Haley. 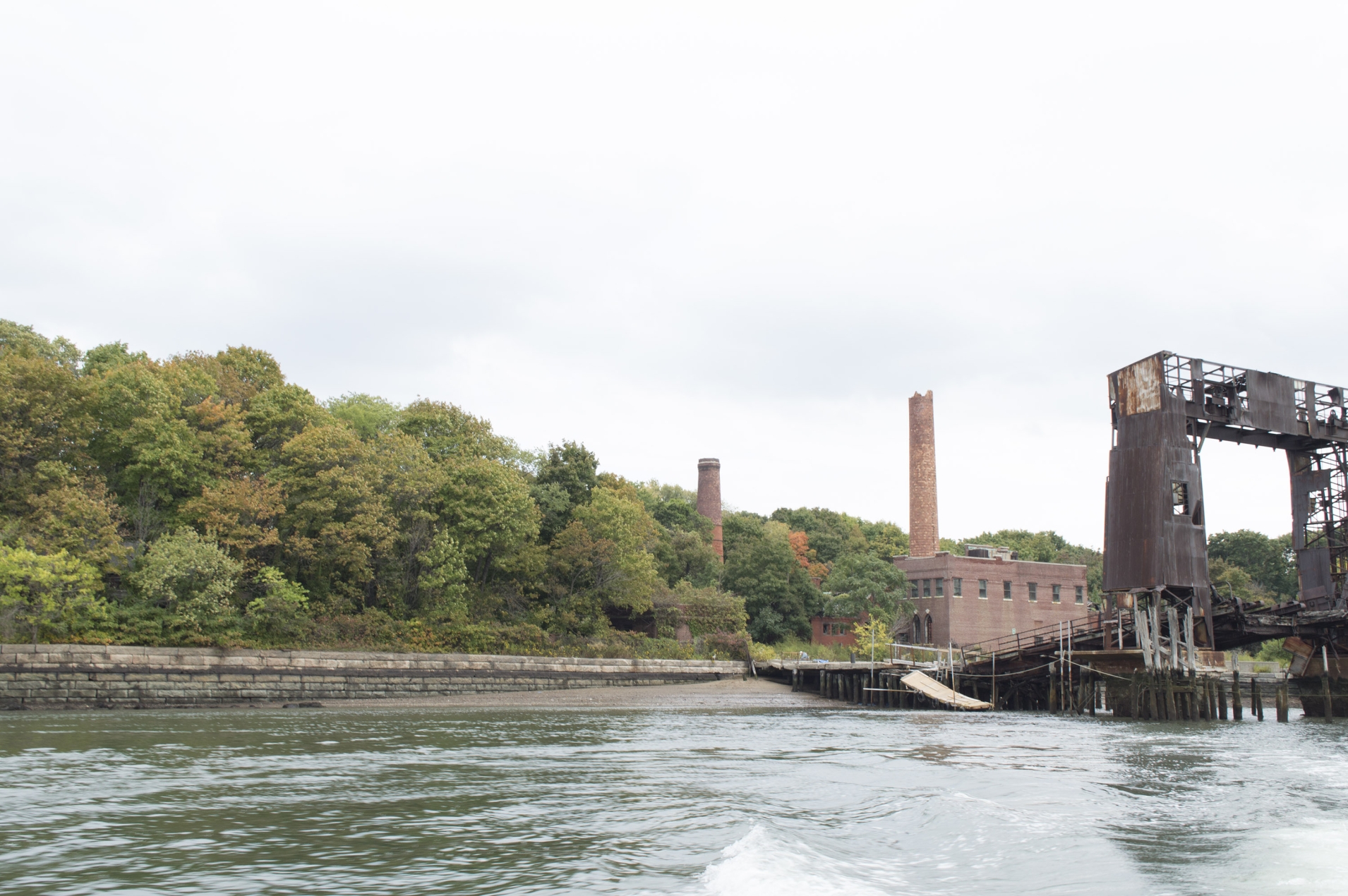 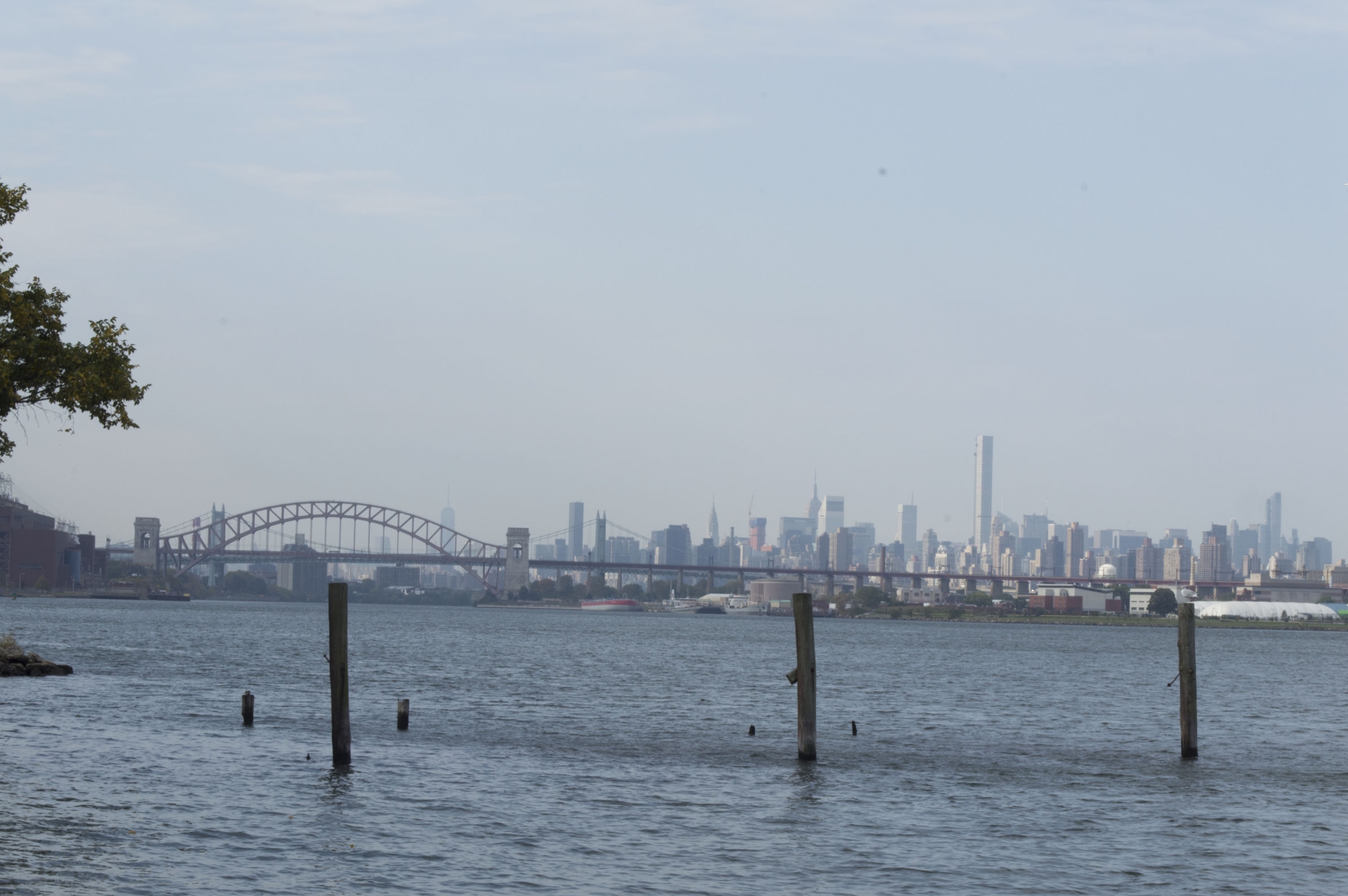 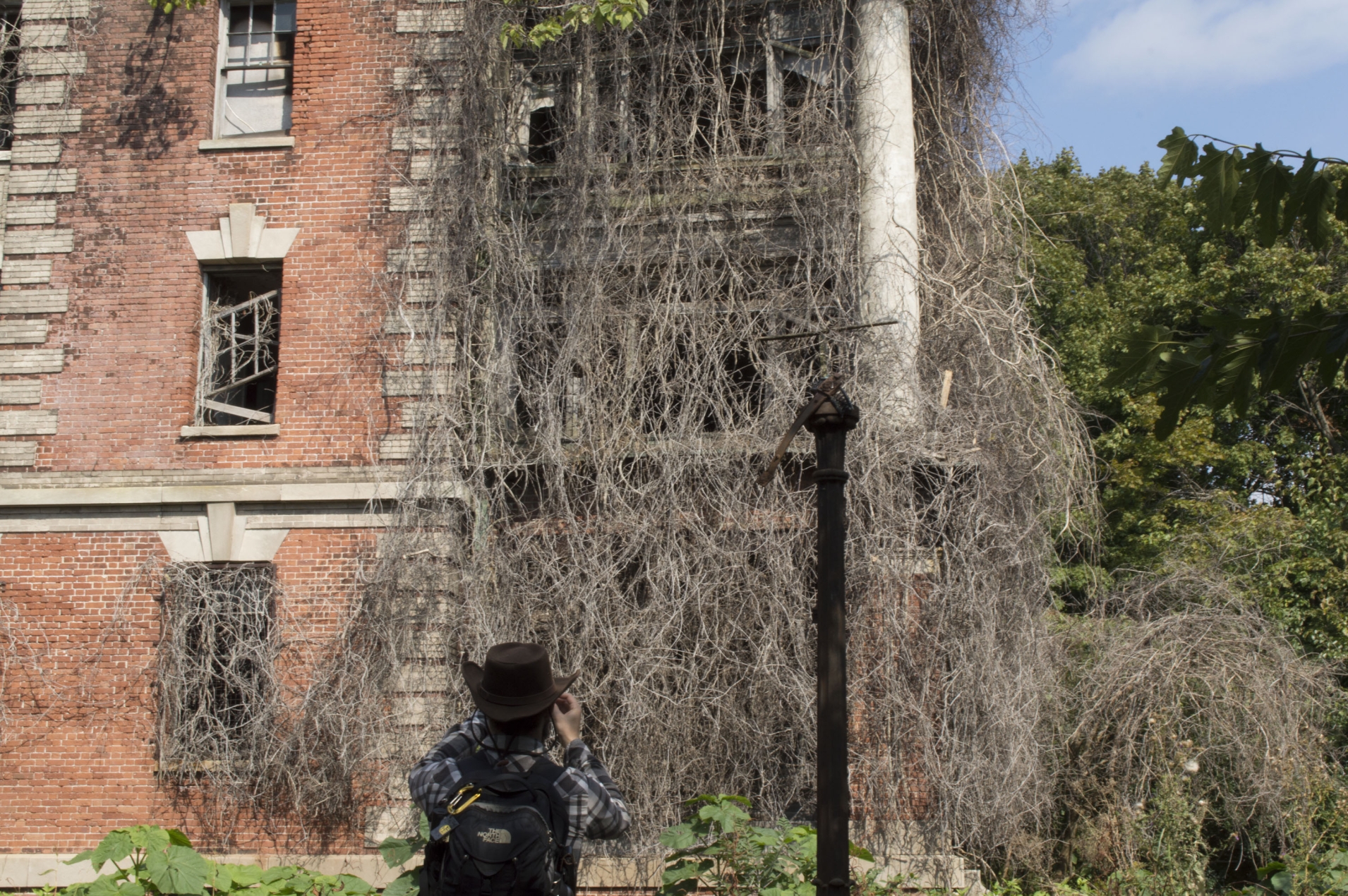 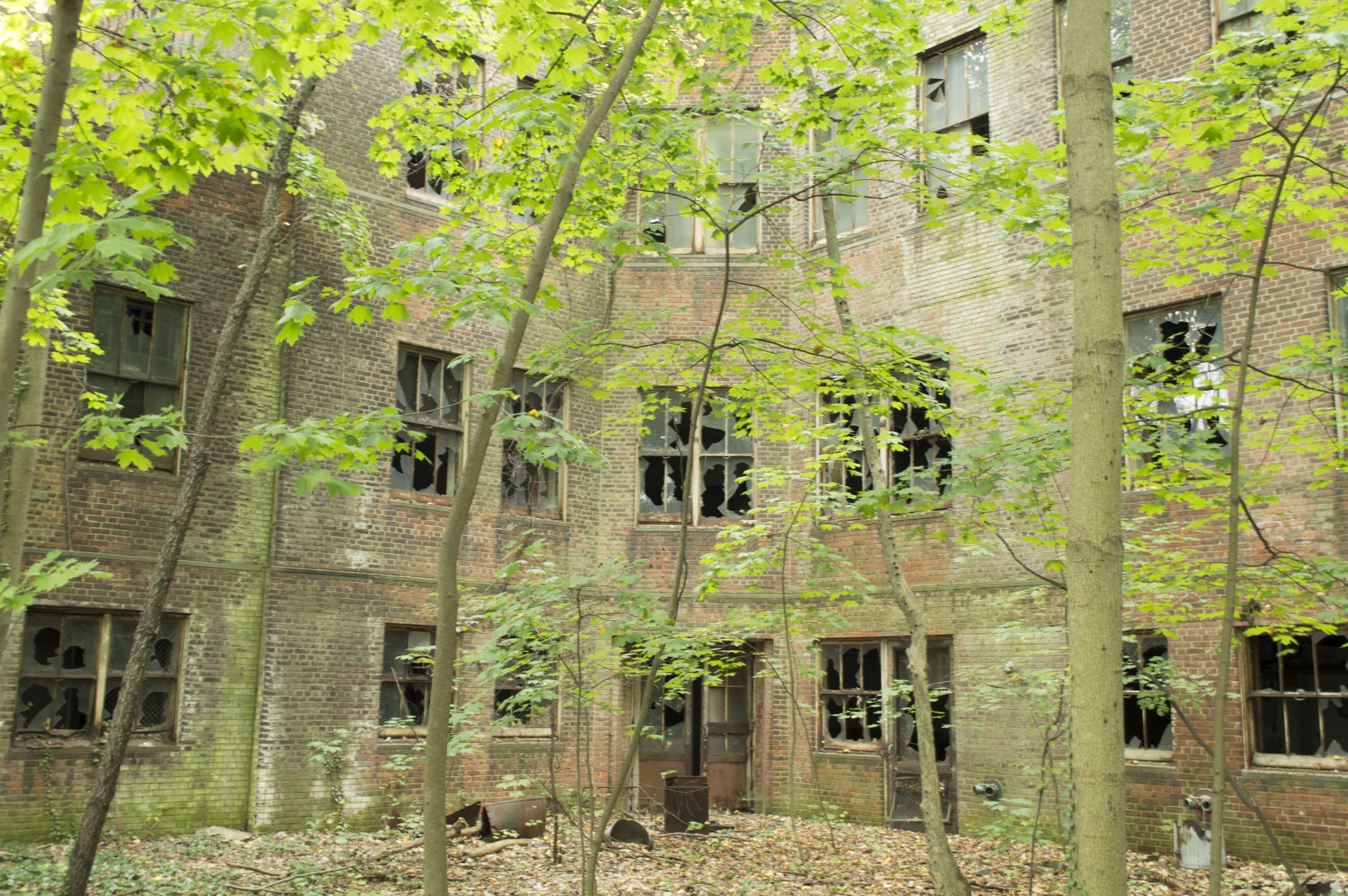 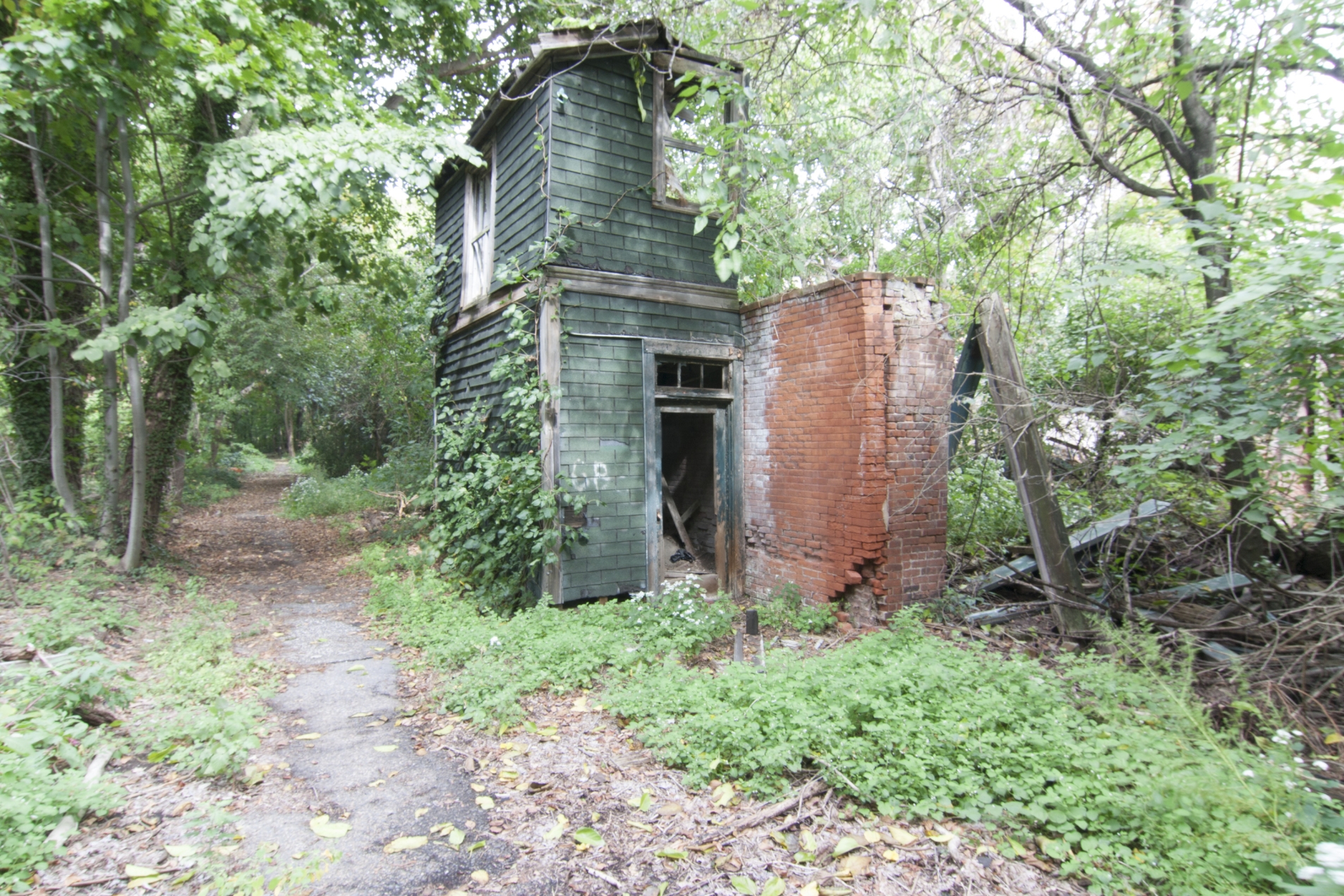 The gantry and beach provided an access point to North Brother Island. The smokestacks are the most visible built fabric from the Bronx shore. Photo by Andrea Haley.

The Tuberculosis Pavilion is the largest building, located on the north of the island, amid tall trees, giving the area a cathedral-like feeling. Photo by Andrea Haley.

The paths, which follow the historic streets, are periodically unearthed by NYC Parks. Metal curbs, lamp posts, and fire hydrants all show the history of the island, but are overgrown by the ecology. Photo by Andrea Haley.

Even as the Spring semester is now in full swing, work from the Fall is not forgotten. Yimei Zhang (HSPV/CPLN '16) writes about a site visit to North Brother Island for Fall HSPV Studio 701. The work on North Brother Island continues through PennPraxis and in the thesis of student Angelina Jones (HSPV/LARP '16).

Originally named “Gesellen”, meaning “fellow” or “companion” in Dutch, North Brother Island, and its smaller neighbor South Brother Island, was part of a land grant to James Graham in 1695. The history of the two islands started to diverge in late 19th century. South Brother was privately owned until 2007, while North Brother served as quarantine site of communicable diseases from 1880 to 1944, and later as student housing for veterans after World War II. When the housing lease ended in 1951, it was repurposed as a teenage drug addiction center until 1963, when it was abandoned and has been closed to public ever since. Now, North Brother is monitored by New York City Audubon as a bird refuge, and overseen by the New York City Department of Parks and Recreation as a “Forever Wild” site. Reforestation work is underway to bring back harbor herons, which use islands around New York City for nesting and foraging, but haven’t been nesting on North Brother recently.

Unlike the first visit on a rainy October day, the group was greeted with nice weather. Also visiting the island were community members and local photography students from The Point CDC, staff from NYC Parks, and Councilman Mark Levine. Local press from NY1 and The Bronx News 12 joined as well. The group once again boarded boats at Hunts Point Riverside Park, provided and captained by the local non-profit Rocking the Boat.

Visiting the island a second time was an experience no less powerful than the first one. After landing on the gantry, you are first struck by the view of Manhattan looking southeast. Then as you enter the island, you see dappled sunlight from the dense tree canopy, overgrown vegetation wrestling with the building fabric, and paths appearing and disappearing, covered with thick vines and fallen leaves. You hear the crunch of dry leaves with every footstep, the wind blowing through, and the planes from nearby LaGuardia Airport flying overhead. If you take a look at the site plan and historic photos of the island, you would be amazed by its charm half a century ago and awed by the power of nature that caused the dramatic change in landscape. When you learn about how the island was once expanded with landfill (which created disturbed soil), and clear-cut with ornamental plantings (which led to invasive species overtaking the island today) you start to think beyond what you see and consider the relationship between humans and nature.

How can this 20-acre island serve the people of South Bronx as well as the whole city? What do we want people to get out of the experience on the island? How is access balanced with the need to protect ecological resources? How do we deal with the safety issues posed by architectural ruins? These are some of the key questions the studio is trying to answer. After a semester’s hard work, the studio group has drafted a 20-year phased plan for the island, allowing for limited public access to fully realize the ecological, architectural, and historical values of the island. The plan proposes integrating the different values of the island, stabilizing the ruins to allow for safe access, and preserving its unique experience. Group members also worked on individual projects to address specific aspects of the plan, including providing a virtual tour, assessing the impact of sea level rise, studying the paths and circulation system, evaluating the feasibility of creating a management entity for the island, and more.

The study of North Brother Island will carry on next semester and be finalized by PennPraxis into a Public Access Plan and Landscape Conservation Study.

Yimei Zhang is pursuing a dual degree in City Planning and Historic Preservation, and is now in her third and final year in PennDesign. She holds a Bachelor of Economics from Beijing Foreign Studies University. Her interest of historic preservation lies in bridging planning and preservation strategies, so that preservation can be used as a powerful tool to regenerate urban neighborhoods, empower local communities, and make better, livable places.