Richard J. Weller is the Meyerson Chair of Urbanism and Professor and Chair of Landscape Architecture and Executive Director of the McHarg Center at The University of Pennsylvania. He is former co-director of Room 4.1.3 – a design firm acknowledged with a Penn Press monograph (2005).

In over 30 years of practice he has worked simultaneously as an academic and a consultant specializing in the formative stages of projects ranging across all scales.  Weller’s work has been frequently awarded in international design competitions and exhibited in galleries such as the Guggenheim in New York, the Venice Biennale, the Museum of Contemporary Art in Sydney, the Isabella Stewart Gardner Museum in Boston, the MAXXI Gallery in Rome, the Canadian Design Museum in Toronto and the Chinese Academy of Fine Art in Beijing.

Weller’s most recent research concerns global flashpoints between biodiversity and urban growth. This research is documented in his latest web-based platforms ‘The World Park Project’, ‘The Hotspot Cities Project’ and the ‘Atlas for the End of the World’. This work has been widely published, exhibited and reviewed.

Weller teaches advanced design studios and subjects in the history and theory of landscape architecture and urbanism.  In 2012 he received a national (Australian) teaching award and in both 2017 and 2018 was voted by the Design Intelligence Survey as one of North America’s “most admired” teachers. 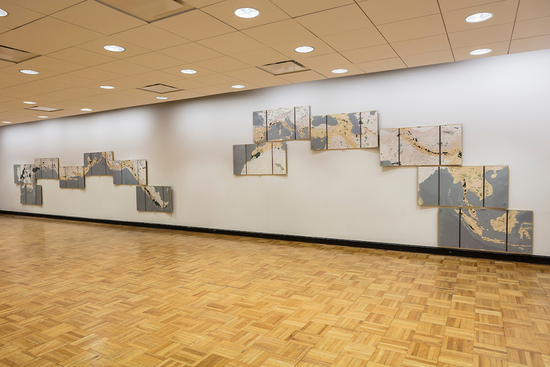