Anthony Ayebiahwe Finds a Way to Give Back 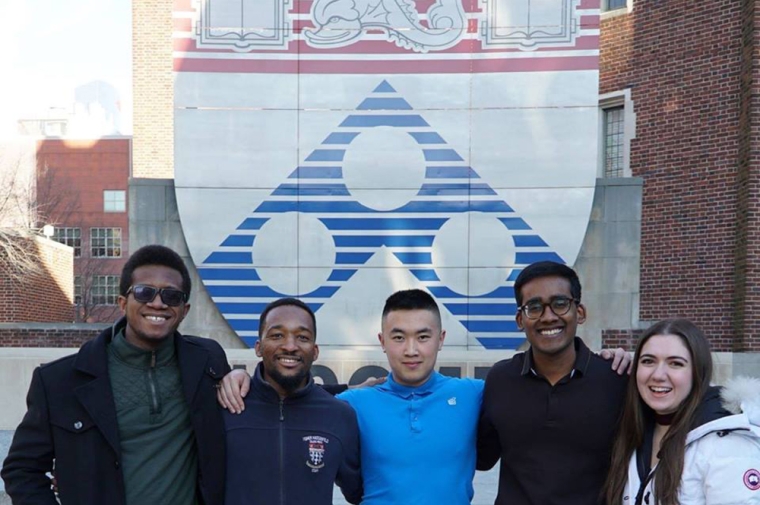 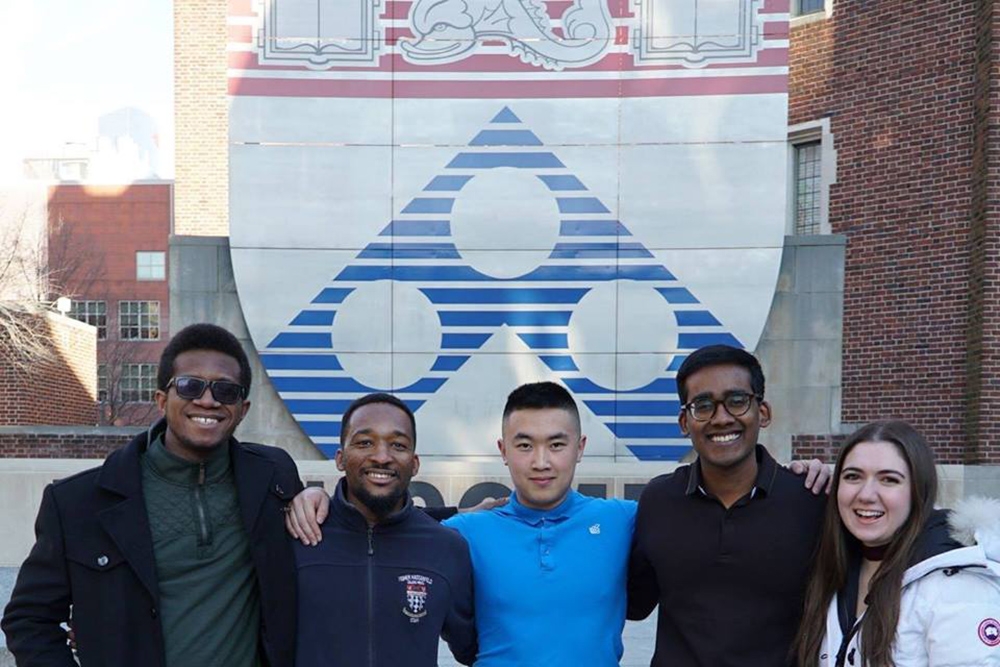 Growing up, when Anthony Ayebiahwe needed light to study, he’d lug his desk and chair to the back of his neighbor’s house, which had a generator.

“I did that from elementary school all the way through high school,” he says.

Growing up in Elmina, a small coastal community in Ghana, Ayebiahwe and his family often didn’t have electricity. Service is unpredictable and costly in Ghana, which is constantly battling corruption.

Now, on the cusp of graduating with his Master of Urban Spatial Analytics degree from the University of Pennsylvania Stuart Weitzman School of Design, Ayebiahwe is determined to give back to his homeland—to help every child trying to study, to give peace of mind where it’s due.

A&Co., the startup Ayebiahwe officially founded in January, is an energy technology firm that is creating an affordable, multipurpose rechargeable LED lamp. It’s also developing an alert system for Ghanaians whose lives are impacted so regularly by devastating floods.

“I thought there might be a solution,” he says, “and I wanted to be able to do something that’d have an impact, but I knew I needed to go back to school.”

“Shadrack is like my brother here at Penn,” says Ayebiahwe. “We are going to supply our lamps to his health clinic, we are going to make sure that they also benefit from our tech.”

“Penn is such an incubator for entrepreneurship,” Ayebiahwe adds. “The resources are just tremendous, and the people—current students and those who have graduated—are just amazing here in terms of supporting you and making sure you succeed.”

Ayebiahwe’s connection to Penn is unique. As a high-school student, Ayebiahwe met Phillip Levine playing soccer. Levine was a Wharton undergrad, teaching English at an elementary school near where Ayebiahwe lived.

“I told him how my dream was to be able to go to school, to a university in the U.S., but that I’d need a scholarship,” says Ayebiahwe. “My parents were poor. My dad is a fisherman, and neither of them went past elementary school.”

After returning to Penn, Levine helped Ayebiahwe navigate the SAT, and guided him through the college application process. Levine also helped raise funds for Ayebiahwe’s flights. Ayebiahwe ended up earning his “dream come true”—a full ride to Berea College in Kentucky, where he studied economics and graduated in 2016 as a University Innovation Fellow and a Bonner Scholar.

“Phillip and his family have been so good to me,” says Ayebiahwe, noting that they even visited him and his own family in Ghana. Levine also plans to be at Ayebiahwe’s graduation from Penn in May.

It was actually Levine’s suggestion that Ayebiahwe consider Penn and its “innovation ecosystem” for his graduate studies, especially if he wanted to turn his idea for A&Co. into a reality.

“While going through my undergrad studies, I continued to remind myself where I come from, especially where I grew up in Ghana,” says Ayebiahwe. “I realize there are students who are in my shoes who don’t have electricity to study with.”

He remembers what it’s like for his family: “They will give you electricity for eight hours, and then the lights will go off for 24 hours. Then, they’ll bring it back again. If you are rich, you have a generator or solar panels on your roof.”

“I thought there might be a solution,” he says, “and I wanted to be able to do something that’d have an impact, but I knew I needed to go back to school.”

Ayebiahwe found the Master of Urban Spatial Analytics at the Weitzman School to be a great fit, and he received a departmental scholarship to help pay for tuition. A one-year graduate program, it teaches students how to use spatial analysis and data science to address pressing public policy and city planning problems.

“Professors here at the design school are unique,” says Ayebiahwe. “They were encouraging during the idea stage of the startup and connected me with resources both on and off campus. I am glad to have them serving as advisers.”

It’s a challenge, Ayebiahwe says, to balance school with his startup, especially now as he ramps up to raise funding. But, it’s worth it.

“It all comes down to passion,” he says. “If you really want to do something and know it impacts not only a community, but across Africa, that will make you not sleep.”

“It’s very challenging,” Ayebiahwe says, “but I accept the challenge.” 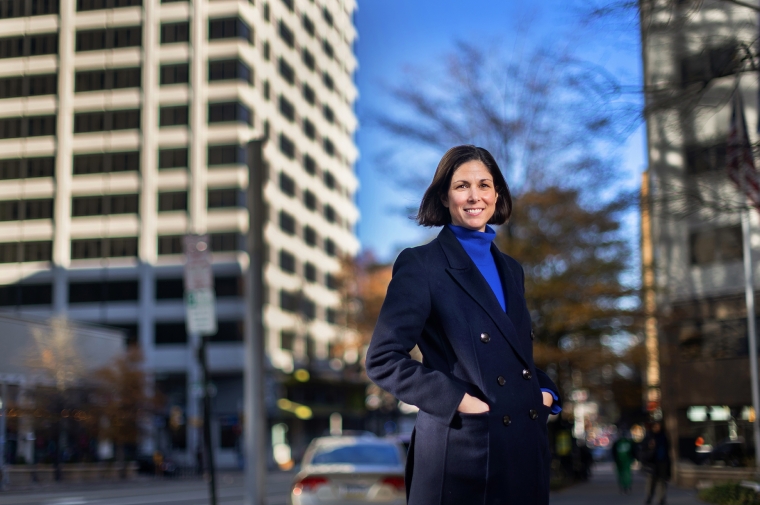 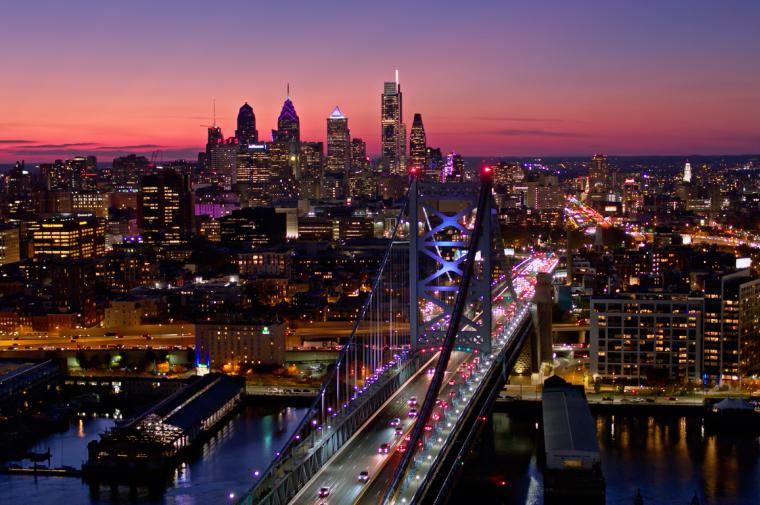 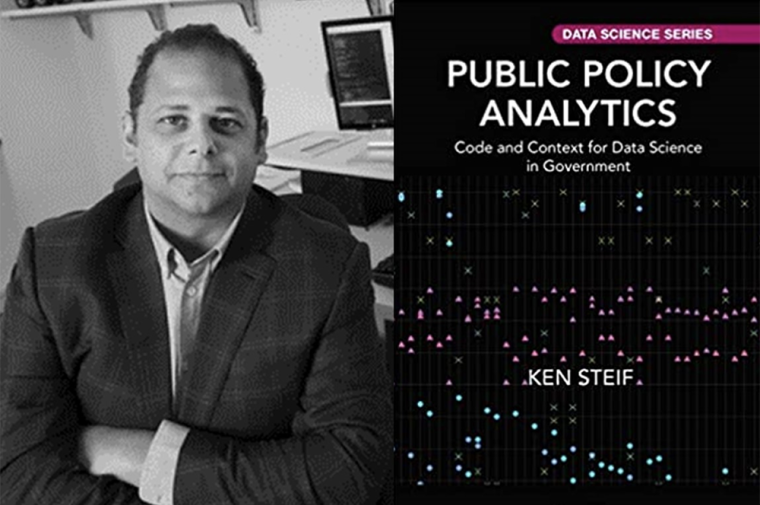