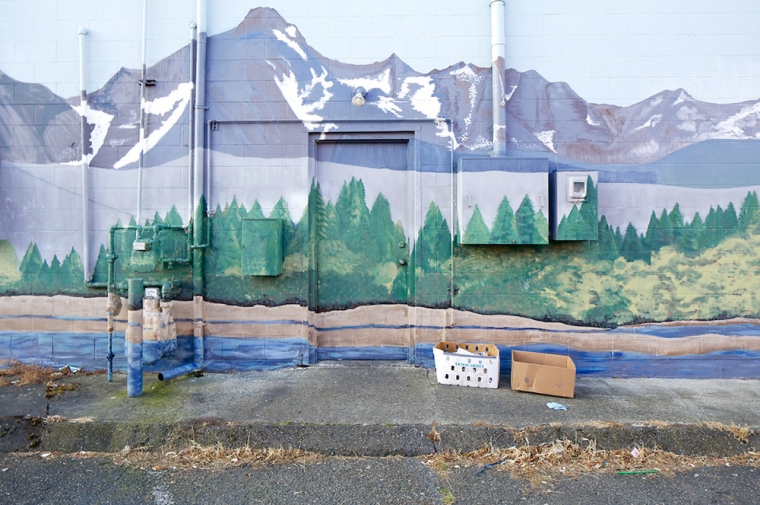 In his new book, Kind of Boring: Canonical Work and Other Visible Things Meant to be Viewed as Architecture (Actar, 2020), Paul Preissner, lecturer in architecture and founder of Paul Preissner Architects, documents a number of projects by the architect, along with the source material collected in their creation and a series essays about the work. In this excerpt, Preissner, who is co-curator of the American Pavilion for the 17th Venice Architecture Biennale (scheduled to open in May 2021), argues for an alternative approach to thinking about contemporary architecture, which embraces normalcy. “Architecture becomes more interesting when it’s not entirely clear where the effort is located,” Preissner writes.

Perhaps the underlying problem with the interesting (or at least the reason for the lessening of my interest in the interesting) is that it works within the conservative model of “taste.” You can like it, or not, but this feeling reflects whether you accept or reject its extension of an established cultural project. There seems to be no model allowing one’s indifference about interesting things. There is a belief about “taste” as a real thing, that it is evidence of some intellectual or moral superiority an individual possesses—more than it just being an existential characteristic or quality one might “have.” That “taste” is often accepted without much examination seems to only serve the status quo interests of the generationally wealthy and powerful. This existence in the world of distinction and its efforts to constantly capture our attention (through our eyes) tends to make us unfree.

Boring things open up the world. There is no request for attention, no need for applause or approval—it’s just boring. It’s already something with little (initially) to offer. Boring and dull things are empty sets. Yet this void allows for things—those which are normal and anonymous and quotidian—to become weird and strange and make space for the imagination. It’s a free space in all the ways that interesting things are a closed room.

Anyhow, no one knows what anything is anymore. The idea of there being any sort of coherent field of architecture disappeared shortly after information became a consumable object. Architecture became a solvable problem to which parametric tools could give the complete models to understand and optimize. Aesthetics could imagine itself freed from politics and opinion then handed off to the discrete curves of calculus.

None of the architectural promises from the past have really made anything better for everyone. There’s a lot of bizarre things around now, and they all seem expensive—only sometimes well done—but they also kind of feel like successes that benefit a really tiny amount of people, often at the debasement and expense of large populations of other people. It’s hard to feel really optimistic or confident about the future, which makes for a weird anxiety about the architectural present. What is it? It's no longer clear where it’s going, and is now even less clear where it came from.

Spectacular architecture has been a goal in the field and the academy for so long that its own set of rules, tricks, and best practices developed. Technology replaced ideas. The fuzzy overlap of the art market and easy money made its funding doable enough to make it happen enough to make it no longer special. For every Guggenheim, there are more Guggenheims. Everything is so complicated now, so on-demand, and parametrically controlled. No geometry is impossible, and no expenses spared. Hats only release so many doves before you just wish it contained dandruff.

But this intensification of effect and expense, immediacy and urgency also suggests an escape path: indifference and carelessness, normalcy and dumbness. Architecture has developed into a market commodity no different than the smart thermostats specified to sit on its walls and spy on its inhabitants. Social space is no longer well served by architecture; it’s too prescribed and prescriptive. We are told the future is smart cities and smarter buildings, but all we really want is to be left alone in peace for a few spare minutes. Special no longer surprises. Interesting is just exhausting. When the world is full of originals, being normal is a scary form of expression.

Being dumb exposes the disposability of uniqueness.

Dumb space is a rejection of the special; which is oddly crowded. Having mastered spectacle, dumb space turns attention toward mastering sameness. Dumb space finds the suburb more compelling than the city. It confuses big and small and lets the most minor of parts lead, giving the largest profile the most trivial tasks. Dumb space is the vaguely familiar, and contains a lot of things that are entirely unremarkable by themselves and even super common to the degree that you don't even question their authority, yet they don't seem to be quite right or the same as you remember them. Then again, you can’t quite recall how they were before anyhow since even back then they were only the smallest of things, with no real importance and certainly no significance. Dumb space is a fit that is roomy. It's the space of choice. It's a rejection of the state of the world, and a decision to create a new one without bothering to replace the details. Dumb space is a colony of things that don't belong together but don't necessarily not belong together either. You don’t really know. It doesn’t feel right, and yet it feels more right than you've felt in a long time. Dumb space the suspicion of obligation. It's a freedom to be inactive. It's an inert request. Dumb space thinks the wall is just as important as the door. Dumb space creates room for careless combinations and new architecture with minimal effort. Dumb space allows things to get weird. Dumb space isn’t nostalgic for an excavated past, or fixated on a technological future. Dumb space is pretty happy with “later this afternoon.” Dumb space is just normal and pragmatic. Architecture becomes more interesting when it’s not entirely clear where the effort is located.

Another thing is that no one can afford boring anymore. A long time ago, if you bought generic or lesser quality, it meant you were subjected to generic or lesser quality design—meaning thought and effort—in which things or spaces were unadorned, undecorated, and looked like the most pragmatic version of that thing possible, more or less. If you weren't rich, your kids’ toys, your toaster, or whatever was guaranteed to be bland and dull and boring and empty and without refined detail or decoration or material variety. At some point this changed. (Probably around the mid-1970s, since I can remember some pretty boring toys and things early in my life, and a clear lack of them in later parts of childhood.) The ease of manufacturing and the expansion of inexpensive material possibilities meant that clutter became common. Variety was introduced as a universal positive, where combinations of shapes, materials, and spaces were given to everyone at every scale.

The problem with interesting things is that there is no space for reflection. It is suffocating. All the oxygen is consumed by the object or the architecture “expressing itself” at quite a loud volume. I get a headache. Dumbness gets that being left alone to daydream feels much better than seeing things perform for your attention. Dumbness also gets that perfect and clean is just as awful as interesting, but perhaps at the opposite side of terrible, since it condescends about order.