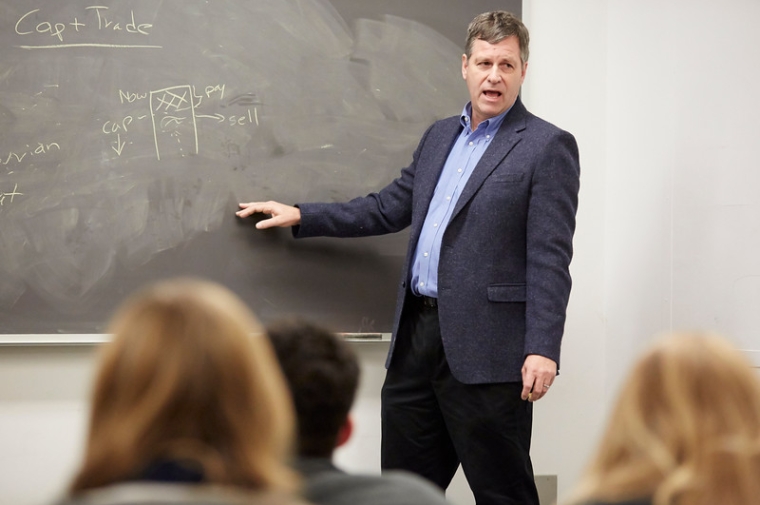 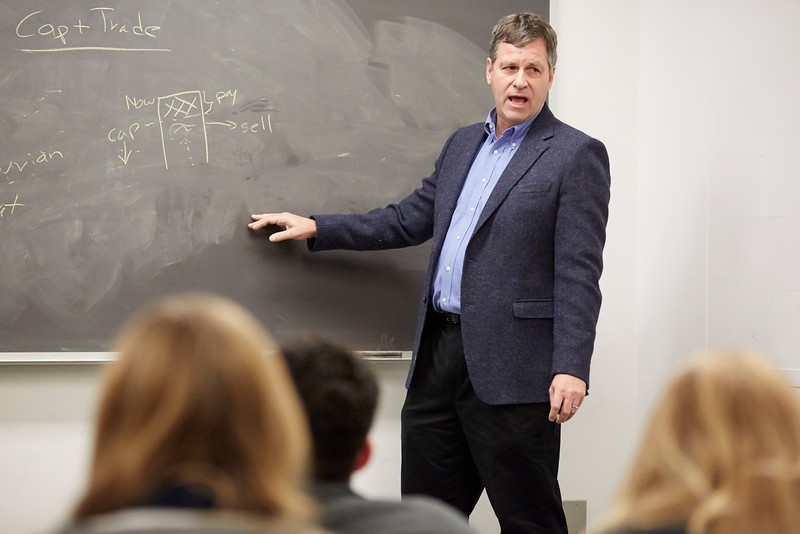 In December of 2019, Crossways Professor of City and Regional Planning Tom Daniels joined the newly formed Faculty Senate Committee on the Institutional Response to the Climate Emergency (CIRCE) to help undertake a review of the university’s approach to climate change. One of the earliest and most frequent concerns the Committee heard from students, Daniels says, was that while climate and environmental concerns were increasingly relevant in all aspects of the curriculum, far too few courses were focused on climate change itself. So Daniels got to work creating a syllabus aimed at getting graduate students of city and regional planning caught up on the science and politics of the crisis. He’s offering the new course, Planning Responses To Climate Change: Mitigation And Adaptation, for the first time this spring.

“I think what is important to emphasize is that the course really gets at the complexity of the climate-change issue,” Daniels says. “It’s not just a matter of: Let’s stop burning fossil fuels. There are lots of aspects, including how do we adapt to the effects of climate change and what are the economics of making a transition? Our country’s population is going to continue to grow. Where are we going to put people so they can live in safe places?”

The course is built on texts like The Uninhabitable Earth, by David Wallace-Wells, a warning about the ecological and human consequences of runaway global warming, and Climate Action Planning: A Guide to Creating Low-Carbon, Resilient Communities. The goal of the course, according to the syllabus, is to help students “understand the causes and effects of climate change and how to implement and evaluate mitigation and adaptation responses through regulations, financial incentives, infrastructure investment, design techniques, and new technology.” Conceived for planning students, the course also attracted students from the Master of Environmental Studies program and one undergraduate engineering student. They tend to come to the course already with a sophisticated understanding of the social impacts of climate change.

“There’s a lot of concern about equity issues as we make this transition in energy use, making sure that energy prices don’t go too high and really disadvantage low-income people,” Daniels says. “I think it’s obvious that the impacts of climate change so far have disproportionately affected low-income people.”

Assignments are aimed at encouraging students to evaluate current proposed solutions to climate change. In the absence of federal leadership, given the U.S.’s on-again-off-again relationship to the international Paris Accords, more than 200 cities have passed “Climate Action Plans” of their own, setting goals for emissions reductions and, to a lesser degree, adaptation measures, Daniels says. Those plans vary widely in approach and ambition, he says, and his students’ first assignment is to find and critique a local plan. Later assignments are focused on evaluating mitigation and adaptation projects and digging in on controversial topics within the climate planning conversation, such as managed retreat from developed coastlines.

Hannah Wagner, a first-year student in the Master of City Planning program, says she chose to enroll in the course because she wants to make a career in climate-adaptation and resilience planning. Before starting the program, she worked on one-off adaptation projects with a consulting firm. But she’s hoping to find work helping states or cities develop and manage long-term adaptation plans. (She wrote her first term paper about a wildfire mitigation plan developed by Pacific Gas & Electric in California.) Climate change issues are well-integrated in the broader curriculum, she says, but the course is a chance to stay on top of a rapidly evolving field.

“There’s so much out there that it’s good to have a dedicated forum to keep up with everything,” Wagner says.

The course complements other climate work coming out of the Kleinman Center for Energy Policy and The Ian L. McHarg Center for Urbanism and Ecology, Daniels says. And because the conversation about climate change is changing so quickly, he says he has new material to add to the syllabus every week. He plans to offer the course again in the fall.

“It’s fun to teach a cutting-edge course like this, where things are changing every day,” Daniels says. “It’s very real. It’s not textbook.”