For more than four decades, residents of East Parkside, a West Philadelphia neighborhood packed with Victorian architecture largely built around the centennial exhibition in Philadelphia in 1876, have been tending a small community garden on Viola Street. The garden has been both a source of greenery and fresh food and a hub of community interaction in a neighborhood that, like others in Philadelphia, has grappled with vacant and blighted land. Recently, after working with the Neighborhood Gardens Trust and the Garden Justice Legal Initiative to protect the garden, residents have begun talking about expanding it into a full-scale urban farm. This spring, students from the Department of City and Regional Planning at the Weitzman School lent their skills to the effort, consulting with the Centennial Parkside Community Development Corporation on ways to expand the garden, among other priorities in the CDC’s strategic plan.

It’s a partnership that has been under way for a few years, says Lisa Servon, Kevin and Erica Penn Presidential Professor and chair of the city planning department. Servon leads the capstone practicum for planning students in the Housing, Community and Economic Development (HCED) concentration. Through conversations with CDC staff and board members, Servon has tailored the practicum so that students can work on projects that the CDC has identified as priorities. Last spring, for example, the student cohort helped the CDC get a handle on whether and where the neighborhood was gentrifying, identifying and compiling data that neighborhood leaders say they are still using regularly. This spring, working in teams, the group worked on three projects that the CDC included in its own strategic plan.

One team was focused on the potential expansion of the Viola Street Garden, exploring legal solutions like land swaps to acquire more space for planting. Another group focused on developing a community land trust, an entity that owns housing and land in common and leases it on a long-term basis to residents, who can share in the equity while keeping costs affordable over time. A third group focused on improvements to the neighborhood commercial corridor, which has high rates of vacancy. The teams spent the semester interviewing CDC staff and board members, and in late April, presented drafts of their final reports to Weitzman faculty critics and community residents.

While it’s critical for students to interact with community members and learn from them, Servon says, it’s also important for the students and the school to be providing a real service and not asking too much of a small neighborhood organization.

“Students get the experience of working for an actual client on a real problem, and hopefully we’re delivering something to the client that is valuable,” Servon says. “I try to be careful that we’re not burdening the client.”

Chris Spahr, executive director of Centennial Parkside CDC, says the students did a good job of listening to residents and finding ways to advance the CDC’s goals.

Students say they learned from the work, and benefitted from the existing partnership between the school and the CDC.

“One thing that I commend the program for is that this is the second year they’ve worked with the CDC, and it would not surprise me if that continues,” says Rachel Mulbry, a graduating Master of City Planning student. “I think that’s much more functional and meaningful for students and for the CDC than trying to start relationships from scratch each semester. That made it easier. There was already some trust built.”

Mulbry worked on the team that was focused on building a community land trust. The group looked at case studies in other cities that have established land trusts, an increasingly popular tool for cities looking to promote housing affordability. Many cities have established land trusts in neighborhoods that already have hot real estate markets, trying to salvage some level of affordability as the neighborhood gentrifies, Mulbry says. But land trusts can in some ways be more effective in places like East Parkside, where the cost of acquiring property is still relatively low. Even still, says Mulbry, in the course of their research, the team learned of a larger effort to build a West Philadelphia-wide community land trust, and so focused on giving the CDC some tools to participate in the development of that organization. After graduation, Mulbry is going to work with the Philadelphia Housing Development Corporation on rental-assistance programs.

“What coalitions can we build in order for the lifting that Centennial Parkside CDC has to do to be lighter?” says Sean Dajour Smith, a graduating city planning student.

Smith was part of the group that worked on reviving the commercial corridor, and for his part, he focused on studying traffic patterns and designing interventions that would encourage people to spend more time — and money — on the corridor. Smith says the group got important insight about the commercial corridor’s past by conducting hour-long interviews with some longtime community members. They designed their recommendations “buffet style,” he says, giving the CDC a range of options for improvements that they could choose from based on its own priorities.

For Smith, who is from Michigan but looking for jobs in planning or public policy on either the east or west coast, the practicum was a confidence builder.

“It showed me that I can be an authority on things,” Smith says. “Just the confidence that [residents] spoke to us with, I realized I had the ability to answer questions that I didn't necessarily think I would. You’ve acquired all this knowledge, and when you’re put in a live situation, you realize it’s in you, and you can speak to these things with certainty.”

For Spahr, the partnership with Servon and the planning department is a chance for the CDC to get professional-quality consulting for free. And because the partnership is ongoing, the school is able to adjust the practicum to meet the neighborhood’s evolving needs.

“They’re producing products that are really enhancing our ability to do the work we want to do in the community,” Spahr says. 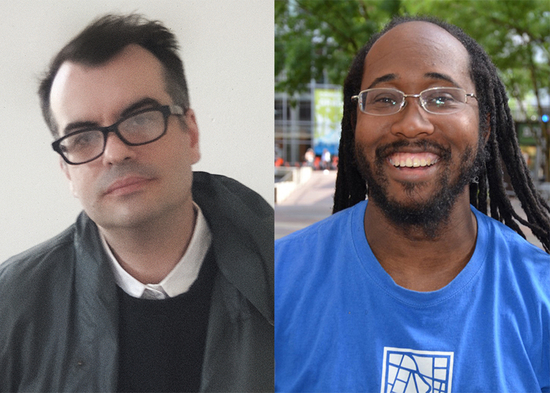 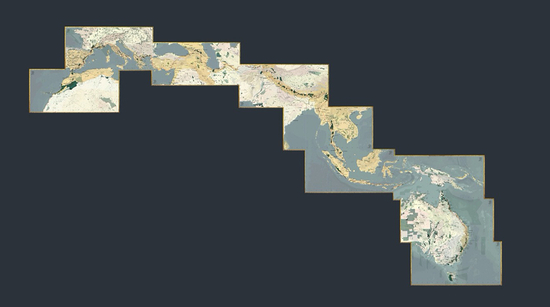