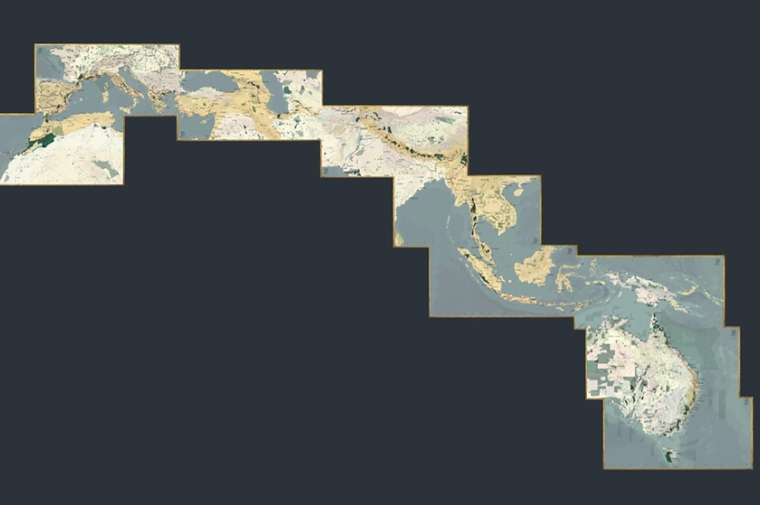 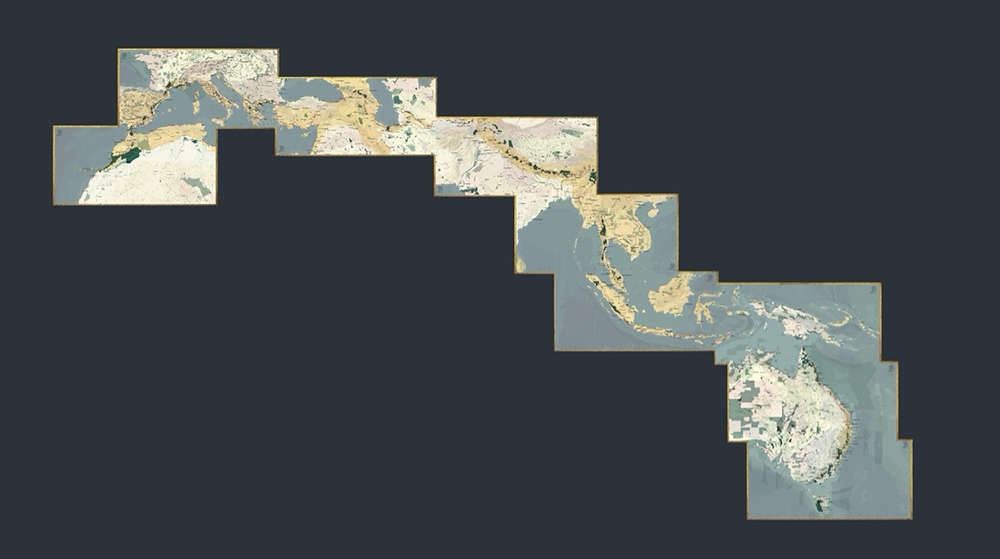 For his contribution to this year’s 17th International Architecture Exhibition -  La Biennale di Venezia, Weitzman’s Richard Weller and his team designed the World Park, a global network of ecologically restored lands to support the migration of numerous species responding to climate change. Contiguous hiking trails linking the tracts also enable people to “walk the world.” A second project reveals the dire threat to endangered species and their habitats posed by the largest and fastest growing cities (so-called “hotspots”). Starting today, you don’t have to visit the Biennale to experience the proposals, as both have their own websites: theworldpark.com and hotspotcitiesproject.com.

In curating the Biennale, architect Hashim Sarkis, dean of the School of Architecture and Planning at MIT asked participating designers to take up the question “How will we live together?” For Weller, who is professor and chair of landscape architecture and co-executive director of The McHarg Center, the “we” in the question refers not just to humans, but all the species on the planet.

“We can’t live without biodiversity and yet we are actively perpetrating the 6th extinction,” says Weller. “Without healthy ecosystems, there can be no healthy society.”

The World Park proposes a 21st-century equivalent of the national park, but one connecting 55 of the world’s most biodiverse nations. It is formed by contiguous tracts of ecologically restored land from Alaska to Patagonia, from Australia to Morocco and from Namibia to Turkey. The catalysts for this new network are walking trails which enable people to “walk the world,” creating continuous habitat so that biodiversity can migrate and adjust to the pressures of climate change. Unlike national parks, which excluded humans, the World Park is about actively including people in the labor and management required to reconstruct ecosystems on regional scales.

The Hotspot Cities consist of 33 of the largest and fastest growing metropolitan areas, situated in the world’s most biodiverse regions, known as “hotspots.” Each is represented by a map showing where its forecasted 2050 growth threatens endangered species. Hotspot Cities was conceived as a call to action, says Weller, and not a prediction: The situation can be mitigated by design.

A third installation from Weller’s team, Not the Blue Marble, presents visitors with a simulation of the Earth in a distant future when only small fragments of protected areas are habitable. The simulation is framed by a replica of the hatch of Apollo 11, the spacecraft that took humans to the Moon in 1969. The Earth is seen not through the door of the lunar module that the astronauts used to step on the moon, but the one they had to open to reenter the Earth.

Weller insists, “The loss of biodiversity is a defining issue—if not the definitive issue —of our times; it is one that cuts across local, regional and global scales of reference and it is one that cuts to the heart of what it means to be human at the dawn of the Anthropocene.”