Franca Trubiano is Associate Professor and a Registered Architect with l'Ordre des Architectes du Québec. She completed her Ph.D. in Architecture at the University of Pennsylvania in 2005. At present, she is a member of the Mellon Humanities Urbanism and Design (H+U+D) Initiative at Penn where she conducts funded research in the area of ‘Building Ethics and Construction Labor.’ She is also funded by the Kleinman Center for Energy Policy for developing policy issues related to ‘Fossil Fuels, the Building Industry, and Human Health.’ And in 2019, she was appointed to the Penn Fellows program, “a select group of outstanding mid-career faculty members.”

In collaboration with graduates from the University of Pennsylvania Stuart Weitzman School of Design, Franca has recently completed the edited book Women [Re}Build; Stories, Polemics, Futures to be published by ORO - AR+D Publishing in Fall 2019. Women [Re]-Build features and the words and works of leading women thinkers, activists, designers, and builders who have dared to ask, “where are the women?” Where are the women whose architectural work should be celebrated and recognized for its courage and impact; who have cultivated female leadership while challenging the very principles of the discipline they represent; and who’ve asked the most difficult and rigorous of questions of those who build their visions? Her current manuscript for Routledge, Building Theories, for a new Ethics of Architecture returns architectural theory to the art of building by addressing many of the contradictions now faced by designers, architects, engineers, and builders who negotiate overwhelming technological imperatives. Valorizing the as yet untapped potential of ‘thinking through building’, Building Theories sets the foundations for a critical return to the art of making that is architecture.  Her edited book Design and Construction of High-Performance Homes: Building Envelopes, Renewable Energies and Integrated Practice (Routledge Press 2012), was awarded the 2015 Sejong Outstanding Scholarly Book Awards, from the Korea Publication Industry Promotion Agency. The book discusses architectural innovations in envelope technologies, energy-free design principles, advances in building-integrated photovoltaics, engineering principles for building controls and simulation strategies for achieving net zero, as well as the advantages of integrated design in residential construction. Of the 18 essays, 6 were authored by Franca.  In 2014, it was translated into Korean by the Korean Research Institute of Environmental Architecture and launched as part of the group's 10th year anniversary celebrations. Franca has also published essays on the subject of high-performance design in edited books Architecture and Energy (eds. Braham and Willis, Routledge Press, 2013) and Architecture and Uncertainty (ed. Benjamin Flowers, Ashgate Press, 2014).

Franca was a Principal Investigator and inaugural member of the Consortium for Energy Building Energy Innovation (CBEI) – formerly the Energy Efficient Building Hub, a US Department of Energy sponsored project. Her three-year funded research project resulted in the creation of Advanced Energy Integrated Design Roadmaps of use by all members of the AEC industry in pursuit of Advanced Energy Retrofits; the products of which have been shared with industry leaders in the energy sector and launched during USGBC's GreenBuild Conference in 2013. Franca also conducts funded research on Building Information Modeling (BIM), developing both facility management processes for the translation of BIM authoring models, as well as helping the National Masonry Institute better integrate BIM protocols in their working procedures.

In 2014, Franca was awarded the Weitzman School, G. Holmes Perkins Award for Distinguished Teaching. And In 2015, student work from her design studio on high performance buildings was awarded an ACSA/COTE Top Ten Student Award. In the Architecture Department she teaches High Performance – Responsive Building design studios in the Masters and post-professional Masters of Environmental Building Design Program. She also offers technology seminars on Matter + Energy and Construction Detailing. In her Construction Technology course she introduced Building Information Modeling for architects by authoring a two-volume BIM Handbook with the goal of empowering future architects to once more have control over the art of building.

Previously, in 2003-2004, Franca was the first McMahan Visiting Associate Professor at Clemson University and, from 2004-2009, Assistant Professor at the Georgia Institute of Technology. While at Georgia Tech, she was co-recipient of a DOE/NREL Solar Decathlon Grant to design, build and operate a zero-energy house on the Mall in Washington in October 2007. As lead architecture faculty and construction project manager for ‘Icarus Redux,’ she collaborated with hundreds of students, faculty and industry partners in garnering 6th position overall, 4th place in the Architecture Competition, and 3rd place in Drawings and Specifications. The fully integrated building project also won the BP Green Award for its inventive use of new materials and technologies. While at Georgia Tech, she won the 2008 Outstanding Interdisciplinary Activity Award, and the 2007 Outstanding Teacher Award from the College of Architecture.

In 2009, student work from her studio ‘ECO-SKINS: The Design and Construction of Low Energy High Performance Building Envelopes’ was awarded a COTE - Committee on the Environment (AIA) Award. And in 2005, her paper 'Material Matters: Seeking Collaborations between the building industry and innovative architectural practices. The Cases of Thomas Herzog and Ove Arup' was awarded the ARCC - Architectural Research Center Consortium, Best Conference Paper Award. Her work has also been published in DETAIL, Journal of Architectural Education, SCAPES, Chora, as well as the Encyclopedia of Twentieth Century Architecture. And she has been the recipient of a number of research grants, including a Social Sciences and Humanities Research Council Grant (Canada) and a Fonds aux Chercheurs et Aide â la Recherche (Quebec), as well as the co-recipient of a Graham Foundation Grant. 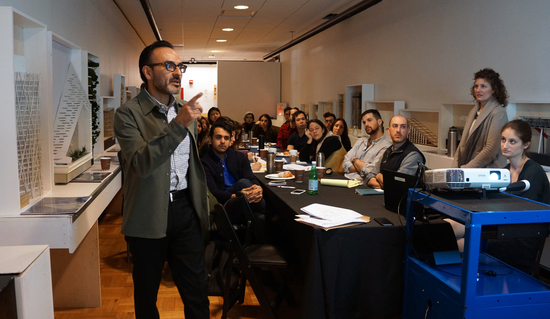 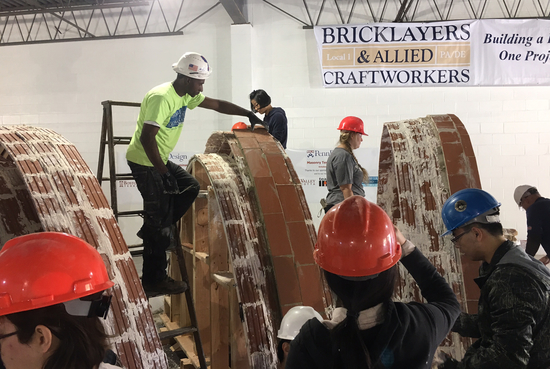 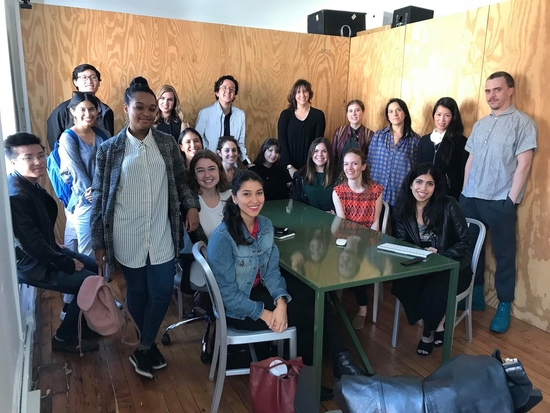 Student Group Increases the Visibility and Voices of Women in Architecture 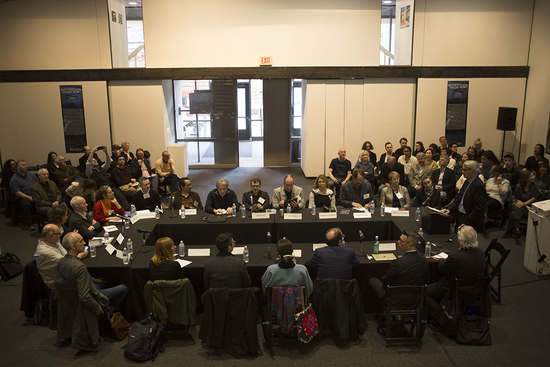