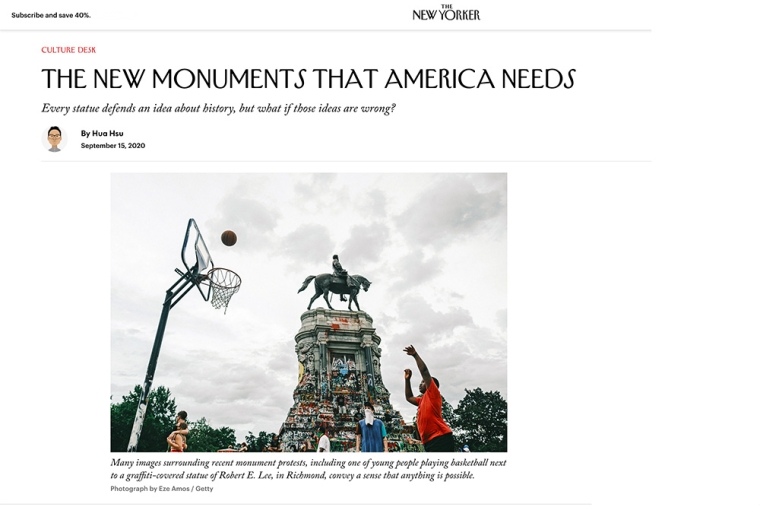 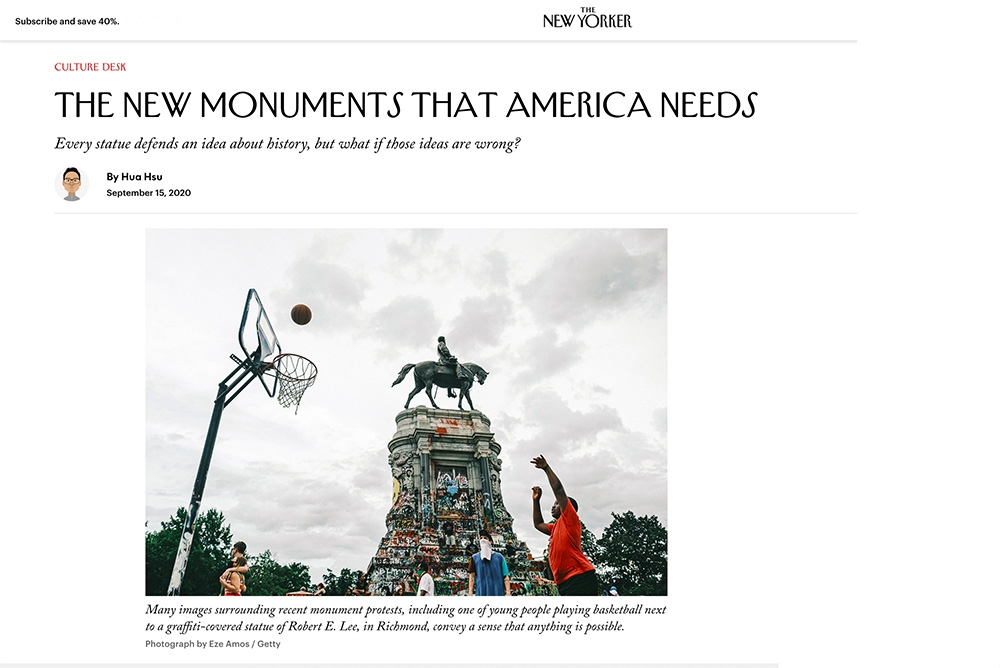 In the latest issue of The New Yorker, Hua Hsu reports on the beginnings of Monument Lab, the public art and history project led by Ken Lum, Marilyn Jordan Taylor Presidential Professor and chair of fine arts, and Paul Farber, senior research scholar at the Center for Public Art and Space.

Before protesters in America and Europe began painting over statues, or toppling them, or hanging them from trees, or rolling them into the nearest river, the historian Paul Farber noticed that people were putting masks on them. In the early days of the pandemic, from Wuhan to New York, Valencia, and Limerick, anonymous people placed covid-19 coverings over the faces of local monuments. There was something tender, even a little funny, about these gestures, the kind of thing done for Instagram: a photo of a masked Patience and Fortitude, the two lions that sit outside the main branch of the New York Public Library, went viral. Whether monuments take the form of a statue, building, or pillar, they present themselves as universal and timeless, expressing something essential about all of us—at least in a way that flatters the powers that be. Putting a mask on these inanimate objects shifted them to a new context: the present, rather than the historical past. The act suggested a kind of solidarity, a symbol that we are all in this pandemic together. Yet Farber, who is the artistic director and senior curator of Monument Lab, a public art initiative that creates new monuments, saw the masked statues as an accusation, a reminder of how official systems had failed us.

Farber and the artist and scholar Ken Lum started Monument Lab in 2012, shortly after they each began teaching at the University of Pennsylvania. Farber is a native of Philadelphia, where Lum had just arrived from Vancouver, Canada, a city with comparatively few historical markers. They shared a fascination with Philadelphia’s rich monumental landscape, from the Liberty Bell and Robert Indiana’s “Love” sculpture to the famed “Rocky” steps. But they were curious about what stories these monuments weren’t telling. Lum lived near Billie Holiday’s childhood home, where only a small marker indicated its history. “I would see these white guys on pedestals who I’d never heard of,” he said. “I was really interested in this unevenness.”

Read the full text of the article on The New Yorker's website. 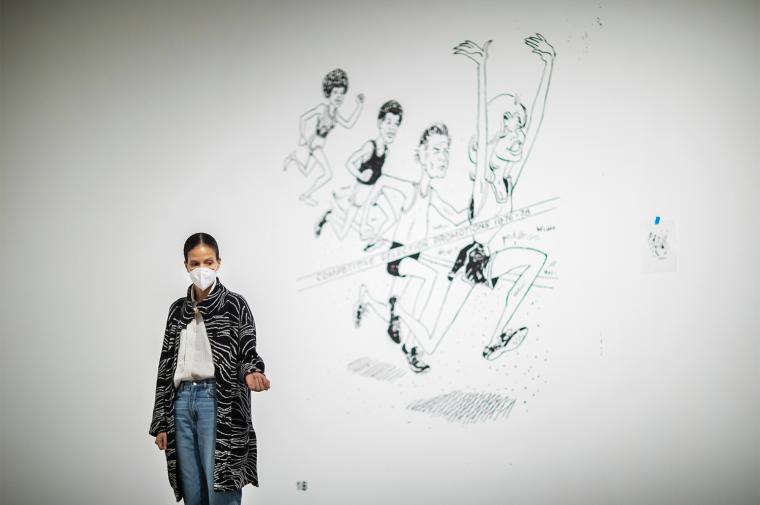 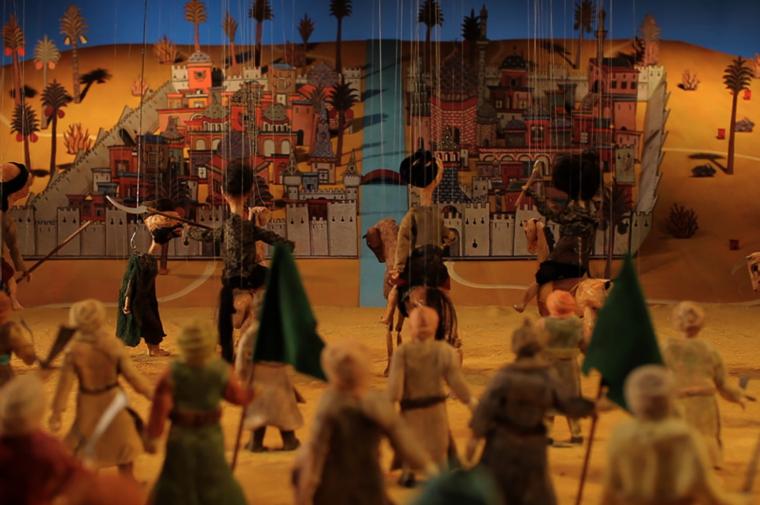 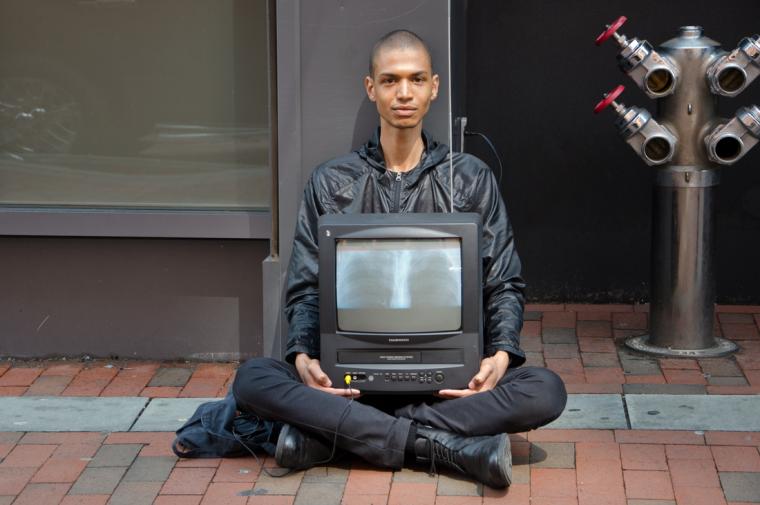