Ellen Neises teaches landscape design at University of Pennsylvania and works on large-scale and large-scope design and policy problems involving land, water and development. With Richard Roark of OLIN, Ellen led the University of Pennsylvania Stuart Weitzman School of Design/OLIN team’s work on Hunts Point Lifelines, one of the six winning entries in the 2014 Rebuild by Design competition sponsored by the U.S. Department of Housing and Urban Development. Rebuild by Design was a multi-stage international competition to develop contextual, scalable solutions to rebuild, protect and improve cities and towns hit by Hurricane Sandy, and demonstrate the power of design advance climate resilience transformation.

Hunts Point Lifelines protects New York City’s Food Distribution Center, a major economic hub with 25,000 jobs, and $5 billion in annual economic activity that feeds 22 million people in the region. The Weitzman School/OLIN team was recognized in 2014 by the Rockefeller Foundation as one of 4 “global resiliency innovators” for its comprehensive, culture-shifting, resilience proposal for Hunts Point in the South Bronx. The federal and local government have since committed $195 million to Hunts Point resiliency. Lifelines is a design collaboration between landscape architects, hydrologists, engineers, economists, faculty and graduate students at the Weitzman School, the environmentally pioneering community of Hunts Point—The Point Community Development Corporation, Barretto Bay Strategies, Sustainable South Bronx, Rocking the Boat and many other organizations—and the major businesses, labor unions and elected representatives of Hunts Point.

Prior to coming to teach at Penn in 2011, Ellen was an associate partner at James Corner Field Operations, where she helped build an international landscape architecture and urban design practice. Over nine years, she developed designs for a wide range of projects involving development strategy, complex water dynamics and ecological reclamation, including Fresh Kills Park, Lake Ontario Park in Toronto, stormwater infrastructure on the Harlem River, and a major mixed use waterfront development in Baltimore. The work Ellen did with James Corner was exhibited at the Venice Biennale (2004), MoMA’s Groundswell (2005), Ohio State University (2007), and awarded the National Honour Award by the Canadian Society of Landscape Architects (2009) and the Award for Excellence in Design from the City of New York for infrastructure design (2013). Prior to earning an MLA, she worked for nine years on economic development, criminal justice and labor policy in New York, Alabama and Delaware.

From a base at Penn over the last 4 years, Ellen has drawn on the energy and critical thinking skills of Penn colleagues and graduate students to offer deep research, breadth of comparative analysis, and high quality design in the mainstream of public discourse on climate adaptation for coastal cities, sustainability of high-yield production agriculture, the future of arid lands, and regional planning strategies for industrial communities. Students in Ellen’s studios have won top prizes in the Drylands Design Competition (2011), NYU’s One Prize Design and Science Competition (2013), and the American Society of Landscape Architects’ planning category (2012). Her students’ proposals for improving the future of the arid American west were exhibited at the Architecture + Design Museum in Los Angeles (2012). A sample of work from these collaborations is included below. 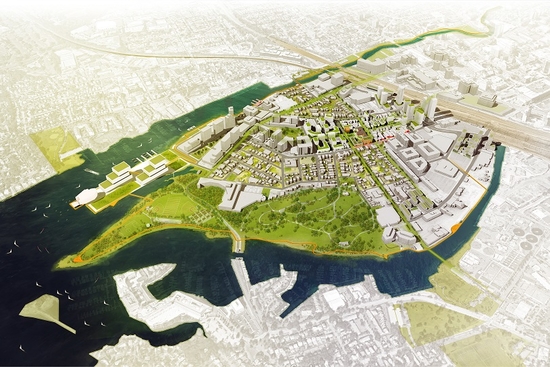 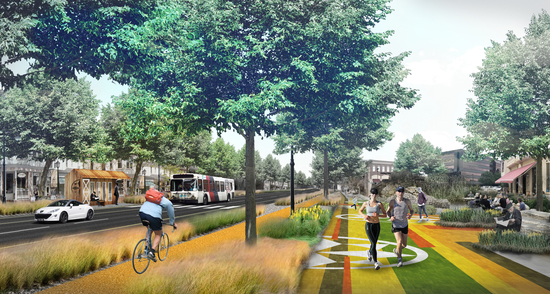 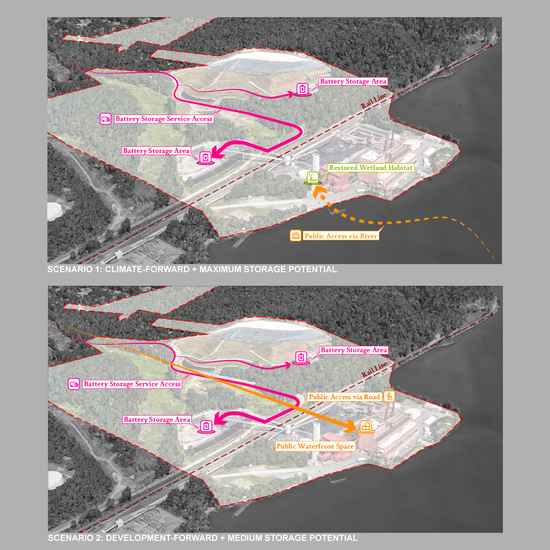 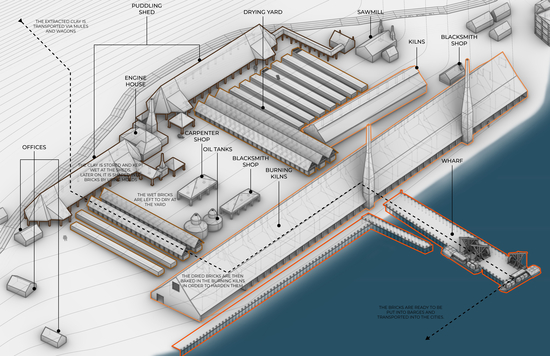