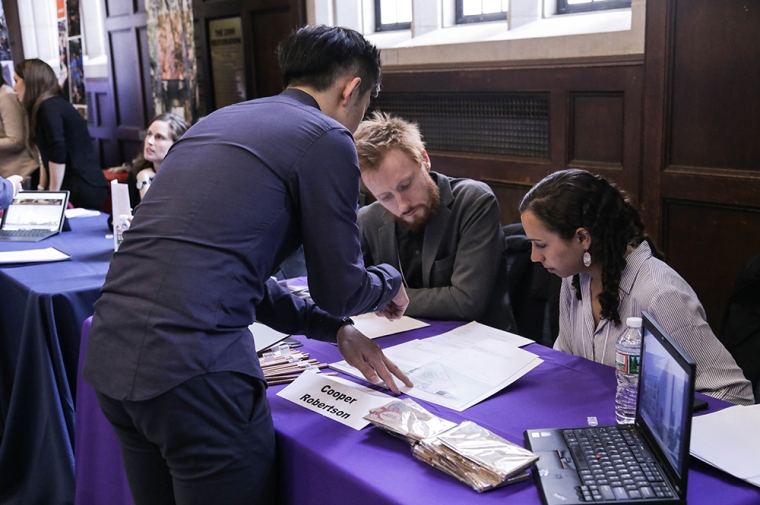 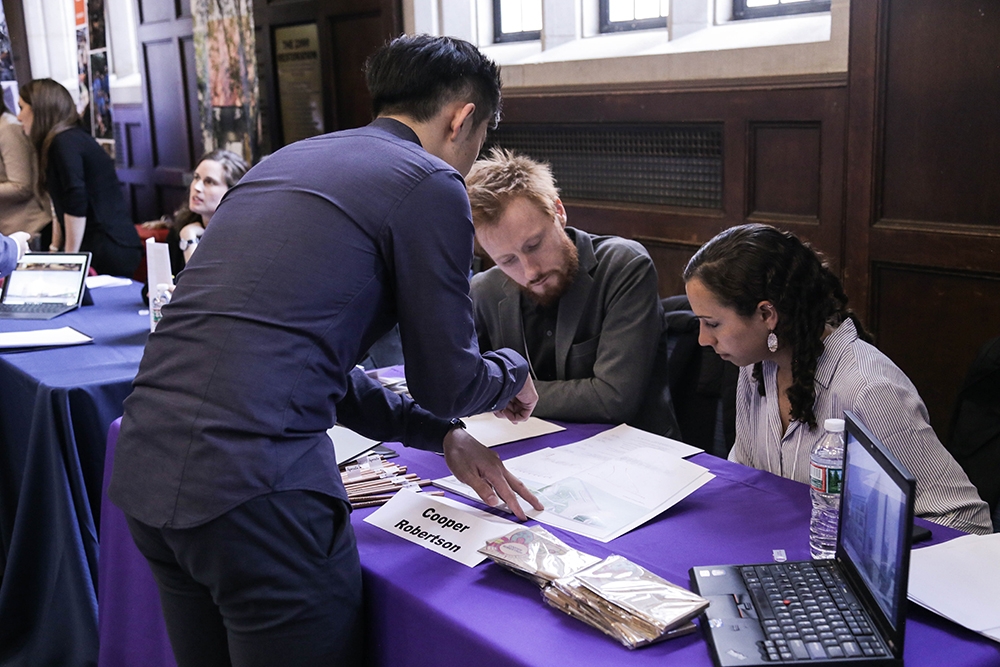 On February 19, over 400 Penn students participated in the annual Design and Creative Career Fair organized by Penn Career Services in partnership with Kali Meeks, associate director for professional development and leadership at Weitzman.

Traditionally held on campus in Houston Hall, this year’s online event included almost 80 employers. Participating firms and organizations came from a broad array of fields including architecture, city planning, civil engineering, historic preservation, landscape architecture, public policy, and real estate. While the majority of attendees were current Penn students expected to graduate in May, alums who have graduated since 2017 were also invited to join.

For the first time, the Fair included over general sessions, where groups of attendees met with representatives from firms, and they were well received. “Students enjoyed not having to wait in line to meet with employers, and to have a set schedule of when they could expect to meet them,” says Dianne Hull, associate director of career services.

Beyond the 110 general sessions, over 70 employers were also available for 10-minute one-on-one sessions with participants.

Because it was virtual, the Fair attracted a much broader, more geographically diverse array of employers than it has historically. The many firms and organizations with an office in Philadelphia, including OLIN, EwingCole, HOK, Preservation Design Partnership, and Delaware Valley Regional Planning Commission, were joined by employers from across the country, including Cecil Baker + Partners, Kohn Pedersen Fox Associates, Jenny Sabin Studio, and the New York City Housing Authority.

In the week before the Career Fair, the Penn Weitzman Alumni Association organized a series of one-on-one interviews for students with alums. Students brought their portfolio, résumé, and questions to one of the 33 participating alums, who represented every department and program of the School.

“It’s an event that both the alums and the students seem to really enjoy” says Kali Meeks, associate director of professional development and leadership. “The alums like to see these up-and-coming students and the students like to listen and learn from them.”

Alum Martine Decamp (MCP`03), deputy director of Philadelphia’s City Planning Commission, who met with students from the Department of City and Regional Planning, noted the ease of sharing information despite the virtual nature of the event. “I was surprised how easy it was to have conversations in [Zoom] breakout rooms, and how easy it was to stay on task and on time,” Decamp says.

Meeks noted that the success of the recent events will most likely lead to continuing to organize virtual career events even when students fully return to campus. “The in-person fair can be quite loud and busy,” she says, “There's something very nice about going to a virtual general session and meeting these representatives, seeing their work, learning about their mission, and hearing about the work culture of their offices.”

Meeks also noted that she anticipates that the many professional development initiatives organized by Penn, Weitzman, and the School's departments last summer will ramp up again this summer.

The Fair was capped off with a virtual happy hour hosted by Dean Fritz Steiner, Meeks, and Jeff Snyder, assistant dean of Development and Alumni Relations.