Designing with Nature on the Great Lakes 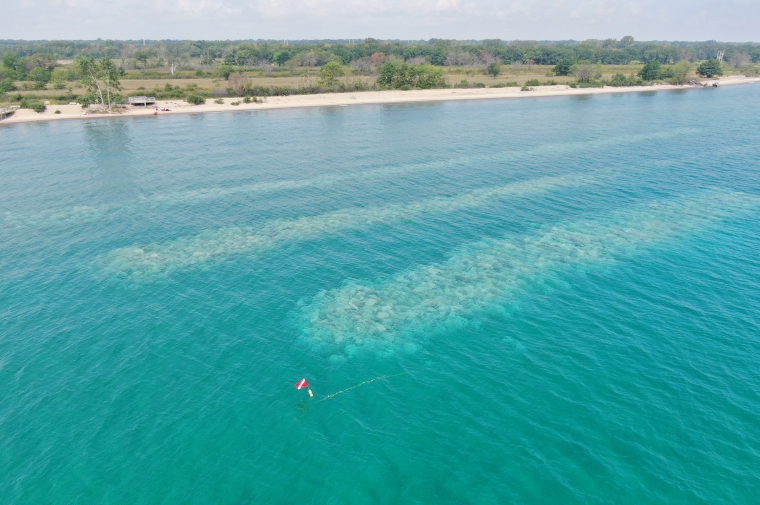 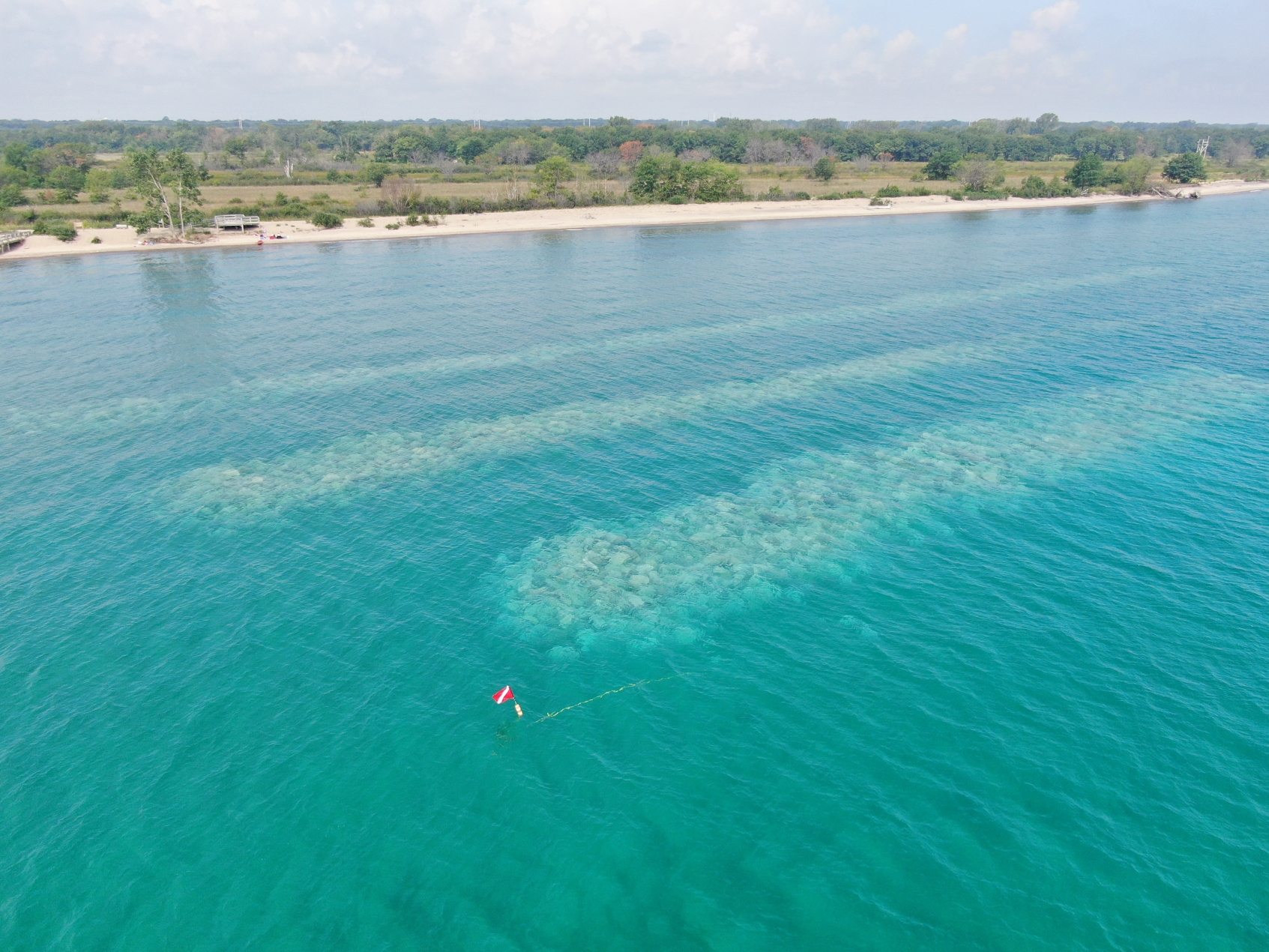 In 2018, Diane Tecic, the director of the coastal management program at the Illinois Department of Natural Resources, was attending a conference in Toledo when she got to talking over lunch with Sean Burkholder, who was scheduled to give a presentation the next day about dredging and sediment in the Great Lakes. At the time, Burkholder was an assistant professor of landscape and urban design at the University of Buffalo, and he had recently started a project called Healthy Port Futures, to research new strategies for managing sediment in ways that would protect economic assets like ports while also promoting water quality and wildlife habitat. Tecic described a few minor challenges the state was having at some of its ports.

“And then I mentioned, ‘The really big problem is Illinois Beach,’” Tecic says. “‘It’s five or six miles of shoreline. It’s eroding like crazy, and it’s our best habitat.’ He was interested in that, and we just hit it off very well.”

Burkholder, who joined the faculty at Weitzman in the fall of 2018 and is the Andrew Gordon Assistant Professor of Landscape Architecture, remembers Tecic saying, “We have money for a pilot project. You should do it.”

Fast forward to the summer of 2021, and the U.S. Army Corps of Engineers began installing a series of underwater rock ridges, designed by Healthy Port Futures, just off the shore of Illinois Beach State Park. Practically invisible to the park’s visitors, it’s part of an ambitious effort to protect important ecological areas that are threatened by the erosion of the shoreline by reducing wave energy in the area near the shore. The design’s simplicity is only one of its virtues. It’s a lower-cost and lower-profile solution to a problem that might traditionally be addressed with big concrete infrastructure. People come from all over the region to swim in the lake and enjoy the view of the limitless horizon, says Burkholder, who founded Healthy Port Futures with Brian Davis, an associate professor of landscape architecture at the University of Virginia. Their design had not only to manage sediment flows, it also had to respect the recreational experience of the park.

“If you work with the natural systems that exist in a place, most likely it’s those things that actually help make that place special in the first place,” he says.

Burkholder and Davis launched Healthy Port Futures with a $1.59 million grant from the Great Lakes Protection Fund in 2017. Now in the final year of the grant, they have developed sediment-management interventions for Illinois Beach State Park, Port Bay in New York, and Ashtabula and Lorain, Ohio. Though Healthy Port Futures is not a design firm, in some ways it acts like one, Burkholder says, using money from the research grant to support the research and design of projects for the public agencies that act as their clients. Those groups in turn have separate funding to construct and install the projects. In the case of Illinois Beach State Park, for example, the work was funded through the Great Lakes Restoration Initiative. The project has allowed Burkholder and Davis—and, in turn, public authorities—to experiment with new ways of managing sediment, which is typically a costly and repetitive process of physically hauling sand and dirt from place to place.

“It’s a thing that most people don’t think about,” Burkholder says, speaking to the design of the project at Illinois Beach State Park. “It just gets done, and hopefully does its job, without a flashy visual impact. And it’s generally not thought of as landscape architecture at all because it happens under the water, but as something that generates landscape effects, we see it tied to the performative, aesthetic and experiential agendas implicit within landscape practice”

Burkholder says he and Davis are in the process of founding a firm that could take on the same types of projects that Healthy Port Futures has been doing so far with grant funding. There’s been a growing demand for infrastructure that works with natural processes among public authorities, including the Army Corps’s Engineering With Nature initiative, which has also funded some of Burkholder’s research. Healthy Port Futures has made important contributions to coastal management, says Tecic.

“Their ideas, their approach, I hope that that will spread to other projects and other engineering groups,” Tecic says. “I believe we need to be thinking more broadly about how we are managing our shoreline and not just fall back on the same structural measures that we’ve always used.”

The Illinois Beach State Park project, like all the others, will be monitored over time to see how well it performs the tasks it was designed to perform. Burkholder says he believes more landscape architects should be generating their own data about the environments they build in, and monitoring the effects they generate over time as opposed to relying solely on information and services provided by other disciplines.

“I believe that, in a way, all landscape design projects are experiments and could be considered experiments by the people designing them,” he says. “We should be able to do things that are experimental that help ask questions about landscapes, which due to the wide range of social, cultural, and ecological forces impacting them, are honestly often too complicated to model or predict.”

That belief informs his teaching at the Weitzman School as well. For the last three years, Burkholder has worked with Keith VanDerSys, a senior lecturer in the Department of Landscape Architecture, to lead a seminar on using drones and other technology to monitor and generate data about design interventions in complex landscapes. The seminar grew out of Burkholder’s and VanDerSys’s shared interest in coastal environments; VanDerSys has worked on a project creating new data about shoreline areas in the Galápagos Islands. Over the past several years, is the seminar has focused on salt marsh areas at The Wetlands Institute in Stone Harbor, New Jersey. By learning to collect original data, budding landscape architects can contribute to a growing body of knowledge about how hard and soft infrastructure affect and are affected by natural processes.

“When we start talking about things that are meant to change or modify, the first question that comes up is, how are they changing or modifying? Does the behavior in reality actually follow the behavior that was projected through the model?” VanDerSys says.

VanDerSys says Burkholder’s work has helped expand the types of collaborations that landscape architects can do, building ongoing affiliations where there were none before with groups like the Army Corps of Engineers. As for Healthy Port Futures, Burkholder finds that a good deal of the work is about finding and nurturing connections with partners who can help move the research forward. For him, designing sensitive infrastructure is a way to respect the complexity of the environment, and to learn from it.

“I am pretty cynical about modeling as the Holy Grail for understanding environmental processes, and I’m much more interested in the way we used to learn about things, before we placed some much emphasis on prediction. This way of living with a complex environment was to do stuff in the world, keep track of what happened, respond to it, and then tell your kids what you learned. This is the way that I interpret how many non and pre-western knowledge systems have developed. Burkholder says. “I believe that models have a place, but I’m actually really interested in how you get feedback from the physical design of places, effectively landscape desing as an experimental practice.”

New technology, like the tools that students learn to use in the seminar on sensing, can help turn that feedback into knowledge.

“If you’re asking questions, you have to have ears to listen,” Burkholder says. “You can’t just ask a question and walk away.”