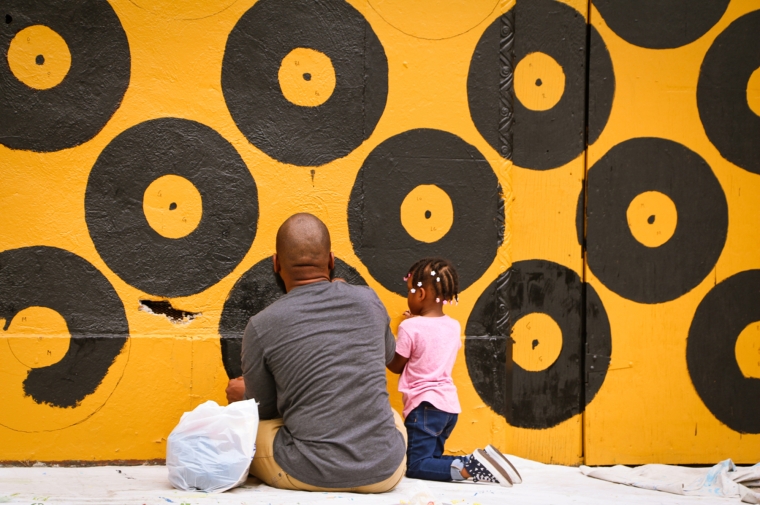 Photograph by Matt Miller
Miller describes himself as a photographer, storyteller, and geographer, and since 2018 he has published work on Instagram at @BlackUrbanism to preserve “the complexity in Black lives by visualizing the Where, When, and Why.” 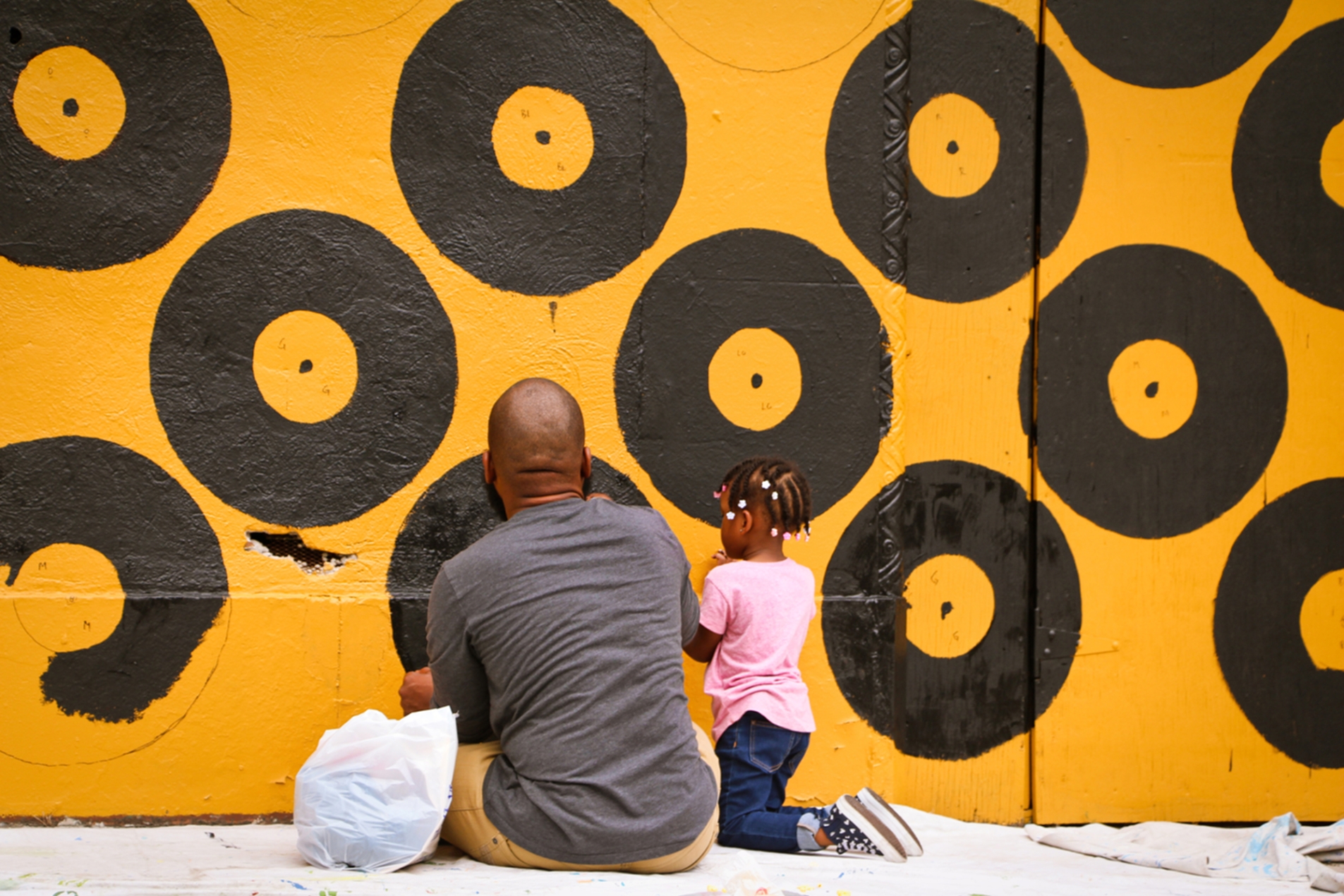 Photograph by Matt Miller
Miller describes himself as a photographer, storyteller, and geographer, and since 2018 he has published work on Instagram at @BlackUrbanism to preserve “the complexity in Black lives by visualizing the Where, When, and Why.”

This spring, Matt Miller, a post-doctoral fellow who teaches in the Department of City and Regional Planning and is better known as “Dr. Matt,” was appointed to the newly-created role of director of Justice and Belonging (JxB). His appointment, which began July 1, creates a focal point for work undertaken at all levels of the School to make Weitzman more welcoming, socially accountable, and intellectually transformative for current and former students, faculty and staff members. In the second part of a three-part interview, Miller talks about how to approach anti-racist work on an individual level, the role for consensus building and design thinking in this work, and the need to move the conversation beyond “diversity, equity and inclusion.” (Read the first part.)

There have been several workshops, lectures, and town halls at Weitzman over the past year around diversity, equity, and inclusion, and it seems that, whether you’re a student, a faculty or staff member, you need to make yourself vulnerable in order to for the work to be meaningful. What do you think is the first step to doing anti-racist work productively?

You can’t change what you don’t measure. And there’s a lot of ways to measure where we’re at, where we came from, and how we got here, in terms of racism in America.

There’s a measurement that happens personally: doing some person reflection about what’s going on and how you feel about where we’re at as a society. I think sometimes people come into these spaces and put up a veneer of objectivity, of authority, of empiricism. But we’re in a moment where things are blurry and it’s not clear where the personal becomes the professional, or where the inside is the outside. I think you need to really look at how you can bring more of your authentic self into these spaces, while also realizing that you are not the only person that matters in that space. That’s how you build a collective. It requires some level of deep humility as well.

There’s also the reflection about institutional history, about who has been here and who hasn’t, what relationships we have created outside of the community, or not, what have we taught, or not. If we’re going to make a foundational shift, that sort of accounting happens and it’s a sustained process.

And we can’t do it alone. There is an African proverb: “I am because we are.” Ubuntu. In order for us to arrive at a true sense of self, we have to do this in conversation with other people. Other people see sides of you that you don’t see. We don’t always see ourselves as clearly as other people can see us.

You recently completed a report for the Department of City and Regional Planning, Towards Justice and Belonging in Penn Planning, that presents a collective vision for the Department’s curriculum, culture, and community relations. It includes about a dozen recommendations in each of those areas, but it also dedicates a good deal of space to the process through which those recommendations were developed.

We were trying to create an accounting of the different missed opportunities to lift people up – that’s the “justice” piece in JxB—and keep a record of what people said and how they feel, because that’s the basis for the next step, which is belonging. The question is: How do we create more spaces where people feel at home?

Can you talk about why you frame the work we’re doing at Weitzman in terms of “justice and belonging” (JxB) rather than diversity, equity, and inclusion?

I say this as a beneficiary of different DEI-related programs and initiatives: It’s necessary, but not sufficient. I have to give props to Decolonize Design, who Karyn Tufarolo [Weitzman’s Assistant Director of Faculty Affairs, DEI, and Online Learning Initiatives] brought into our process, for moving us beyond DEI. They’re one of the few consulting firms out there that are really trying to shake up how we think about these things.

Angela Davis says, “Diversity is not a synonym for justice. Diversity is a corporate strategy that introduces differences without making a difference, keeping the same system of power with some black and brown faces. We need more substantive forms of justice.” Then, I have my own experiences as well, being in spaces with people who wanted me to be there to “diversify” but I still feel their racism, their bigotry. DEI is very circumscribed and transactional. It’s saying, “How do we level the playing field?” but not necessarily examining the structures that produce opportunity.

The Justice and Belonging frame is important for two reasons. First, justice is about reconstructing society—and our institutions that make up society—from the margins, acknowledging that how those institutions have failed those margins in past. There are many kinds of margins. At Weitzman, we’ve talked about them in a racial justice context this past year, but we’re having this conversation during Pride Month and I’m openly queer.

The second part, belonging, is really about co-designing greater curiosity about non-dominant groups. Particularly as we think about decolonization, there’s a real need to just be curious about how other people navigate the world, and not only talk about those groups from a place of trauma and deficit, but innovations and ways of being in space that are beneficial for everybody.

One example of this in design is the sidewalk ramps [or curb cuts] that we think of as standard but was an intervention for a marginalized community—people in wheelchairs—to feel more welcome in that space. I don’t mean that an intervention is only valuable in so much as it benefits everybody. Belongingness is just as much about acknowledging distinctiveness as it is about designing a community where everybody feels at home.

What interested you in serving as Weitzman’s director of Justice and Belonging?

I realized that, when it comes to the culture in which my work is being received, there’s a real opportunity to shape that. This was also a real alignment, I think, of the right people saying: We really make this a part of our institutional identity.

There’s so much [experience] that we haven’t structured and formalized in the spaces of academia. There are so many ways of knowing in the world, and I would feel eternally grateful if I helped hold space for more of those. It would be like turning on a hose or a fire hydrant on a hot day and everyone’s like, “Yay!” There’s so much we’ve not tapped into yet.

That’s why co-design is a method that we need to take seriously, and that’s why I proposed J “X” B. It’s a crossroads, where no one fully knows how it’ll play out. But we walk into that, knowing that there is somewhere else we can go.

Ken Lum [who is the Marilyn Jordan Taylor Presidential Professor and chair of fine arts] speaks often about the role of criticality that his program is interested in cultivating in students. I imagine a critical mindset would be essential to the Justice and Belonging work.

I agree. Criticality is the first order of business. But critique without construction is not enough, and that’s what I’m here for. A lot of people don’t know how. They either don’t practice or don’t understand design thinking—they don’t know how to give form to something that they’ve never seen before. Criticality can sometimes turn into complacency, where we’ve done all the work to define the problems and none of the work to get strategic, and to get tactical, and to get concrete. We have incredible amount of power in that translation process.

One thing that planners often know but still fail to practice is that the problem definition phase is incredibly important in how you generate alternatives. You can’t generate the right alternatives if you didn’t create a representative set of stakeholders that were invited into that phase. And so, back to the point I was making about measurement, you can do your own personal reflection and self-critique all you want, but if you don’t have other people in that process and in that cognitive space with you who are different from you, you’re going to miss something.

One thing I’ve learned from the consensus-building way of thinking is that sometimes people think community engagement steers away, or takes away from, the process of making something happen—development, design, the vision of the architect, etc. But we all have to realize that we don’t live on an island and that our work is going to enter into a world with a lot of different kinds of people. And if they weren’t included in the process, it’s going to be poorly received.

It’s in the consensus building—at least this is the theory—that you produce outcomes that are more fair, more stable, more wise, and more efficient in the long run, because you’ve anticipated that people are going to have things to say who don’t see the world the same way that I do. So, at the beginning of the process, you say, “Let’s bring them right in and start trying to figure it out together.” You have to share power in that process, and you have to unlearn a lot about what we think design means.