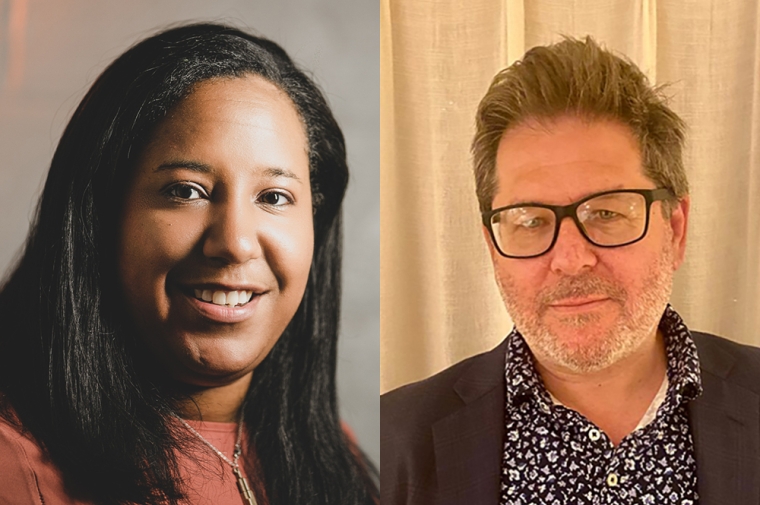 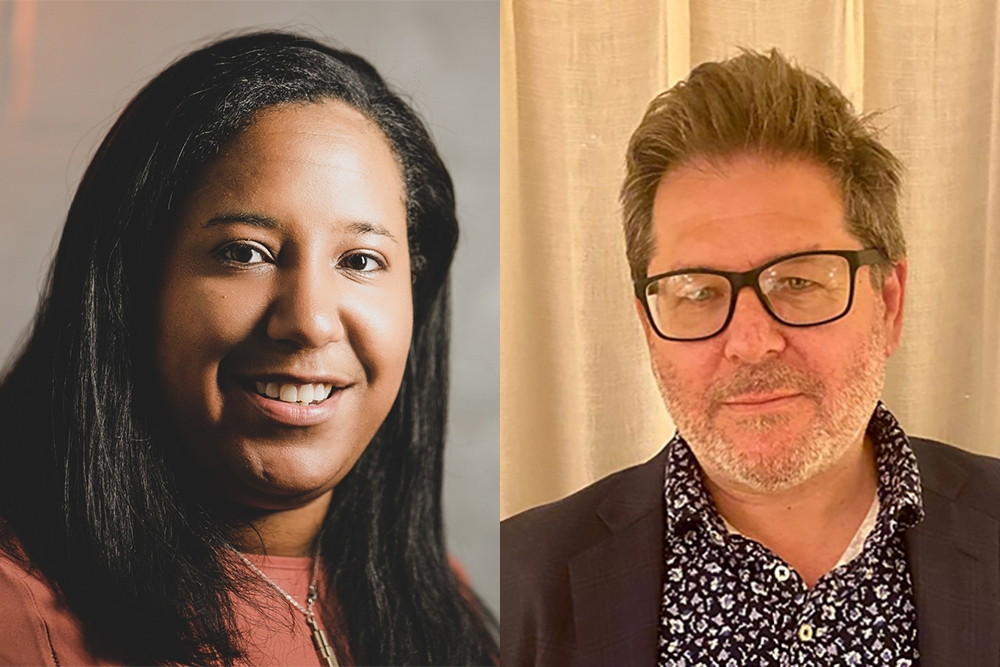 For those in the design professions, the latest release of U.S. Census data offered a reminder of how much work remains to be done before all Americans are well represented in the fields of architecture, landscape architecture, and planning. While 13.4% of Americans identify as Black or African American and 18.5% identify as Hispanic or Latino, according to the U.S. Census Bureau, just 2% of architects who are certified by the National Council of Architectural Registration Boards identify as Black, according to a 2019 report, and only 0.3% are Black women. Membership in the American Society of Landscape Architects is just 4% Hispanic or Latino and 1% Black, according to the organization.

These figures represent the narrow set of interests that designers have historically served, says alum Tya Winn (MArch‘10), executive director at the Community Design Collaborative in Philadelphia. Architecture has been “racialized in praxis” for hundreds of years, and “has benefitted and prioritized white men from western countries with a very specific educational background,” she says. That racialization extends to educational institutions, where there remain few people of color among design faculty and administrative leadership.

Conversations among designers about the lack of diversity in student bodies and professional ranks took on a new urgency last summer amid the Black Lives Matter uprisings after the murder of George Floyd in Minneapolis. In a single week, Winn worked with other designers and educators around Philadelphia and the country to formalize two initiatives: Dark Matter University, an anti-racist design education effort, and Justice Alliance for Design Education in Philadelphia (JADE-PHL), a collaborative plan to diversify design in Philadelphia by bringing design education to Philadelphia public schools, specifically focusing on Black and indigenous people and other students of color. Around the same time, Daniel Horowitz (C‘89, MArch‘92), a Connecticut-based architect and teacher, was starting the Architecture is Free Foundation, an effort to reduce obstacles to design education for students around the world. All three efforts are meant to make design education, and by extension the design professions, more inclusive.

“How do we use this power that we have, and our expertise, to train students on how to move community visions forward?”

Dark Matter University is premised on the recognition that “Existing systems have not been able to transform away from centering and advancing whiteness, through their reliance on an implied dominant and racialized subject and audience,” according to the website. Winn describes the group as “a democratic network of BIPOC educators,” working inside and outside of existing institutions to root out white supremacy in design and design education. Members of the group have co-created lectures and syllabi for new courses, including Foundations of Design Justice, an introductory course that has been offered in design schools five times so far, with four more courses scheduled for the spring of 2022, Winn says. The course encourages students to challenge “the privilege and power structures that use architecture and design as tools of oppression,” according to a course brief.

All Dark Matter University material is developed collaboratively by a growing roster of educators from around the U.S. Contributors fill a variety of roles in a range of design institutions, from adjunct faculty to departmental leadership. Winn says that the group hopes to be able to pay contributors to develop educational content across a range of institutions, but a variety of barriers remain, from conflicting semester schedules at different universities to differences in curricula within and between design schools.

“In trying to do what we could consider a truly interdisciplinary class, you often run up against each different department’s idiosyncrasies,” she says.

Still, the effort is slowly growing, with courses offered so far at Yale University, the University of Buffalo, Howard University, Tuskegee University, and others. Winn recently co-taught Foundations of Design Justice at Drexel University with the New York-based architect Venesa Alicea-Chuqui. Ultimately the group wants to promote design practices that center communities, and move away from the “patron-servant” role that characterizes so much architectural practice, Winn says.

“How do we use this power that we have, and our expertise, to train students on how to move community visions forward?” Winn says. “How do we make community studios that are place-based not an extractive situation for the residents who live there?”

When Dean and Paley Professor Fritz Steiner (MRP‘77, MA‘86, PhD‘86) returned to Penn in 2016, he says, it struck him “African Americans were woefully underrepresented” on the faculty and in the student body at the School of Design. One of his first actions was to create an ad hoc committee on diversity, equity and inclusion, which has since become permanent. In the years since, several initiatives in the School and individual departments have advanced specific goals around diversity and inclusion. Those efforts have accelerated in the last few years, especially since the murder of George Floyd and Black Lives Matter protests of 2020. For example, between 2019 and 2020, the percentage of faculty from racial/ethnic minoritized groups increased from 17% to 18%, the percentage of standing faculty from underrepresented minority groups increased from 7% to 9%, and Dean Steiner expects the percentage of underrepresented minority standing faculty to increase to approximately 14% next fiscal year. Between the fall of 2020 and the fall of 2021, the percentage of US students in the School who self-identify as BIPOC in increased from 38% to 42.5%.

Each department and research center within the School has also created a diversity plan of its own. And last year, Steiner appointed Matt Miller, a former post-doctoral fellow in the Department of City and Regional Planning, to the newly created role of Director of Justice and Belonging (JxB). In that role, Miller fosters efforts to make the School more welcoming and intellectually transformative for students and faculty, Steiner says.

“It’s helpful to have someone for whom that’s their portfolio, and to listen to them about what we can do,” Steiner says. “He becomes really important to making sure that we follow through on the commitments we said we were going to do.”

Steiner has also participated in the Deans’ Equity and Inclusion Initiative, which is concerned with building a more diverse academic pipeline in the design fields. And the Weitzman School has lately become more involved with JADE-PHL, which was formed with a similar goal in 2019 but became more active last summer.

“We want them to think about architecture not just as a discipline, but as a cultural project.”

Based at the Center for Architecture and Design in Philadelphia, JADE-PHL aims to bring together all the local design colleges and universities to develop a more diverse pipeline of young designers in the city. The effort is spearheaded by Tya Winn along with Rob Fleming, director of the Master of Science in Sustainable Design program at Thomas Jefferson University, and Michael Spain, the Center for Architecture’s director of design education. Even now, as universities step up efforts to recruit more students of color, they don’t always provide the academic, social, and emotional support those students need to thrive, says Spain. The same is true in professional settings, where BIPOC designers aren’t often asked or encouraged to seek out leadership roles the way white designers are. JADE aims to increase the number of young students of color matriculating in Philadelphia’s design schools, and support them along the path to professional careers, says Spain, who for year helped lead AIA Philadelphia’s Architecture in Education program, which exposes K-12 students to architecture and design. Spain, who also teaches architecture at Jefferson University, says he’s regularly seen those students respond to early exposure to design through the AIE program.

“There are often times where a student at the beginning of a class or series of classes is not that confident: ‘Where’s my creativity?’ And time after time, at the end of that class I hear students say, ‘I did not imagine that I would do or could do anything like this,’ meaning the design process,” Spain says. “We are focused on Philadelphia first because we think we have a lot of the elements here to be able to make inroads, [including] a large African American population. We have five design schools—very few cities have that.”

Still, there are high barriers to entry at many design schools—especially their cost, says Daniel Horowitz, who founded the Architecture is Free Foundation last year. The project works by pairing individual students with individual mentors for free instruction in special topics. Horowitz conceptualized the project as a way to decentralize and “disintermediate” design education.

“It started out with kind of an intellectual idea, and that turned into an idea about equity and inclusion,” he says. “My feeling is that the reason that institutions are not diverse is simply because there are too many barriers to that diversity.”

Students can select one of the foundation’s faculty members to learn with, or propose a studio that faculty can volunteer to lead. Faculty often help with individual projects. Horowitz, for example, is currently helping students in South Africa, Malaysia, and Australia enter a design competition. Instruction is free, but students are encouraged to make a donation to charity if they are able to. Many of the students are already enrolled in some kind of design school, but don’t have access to the elite institutions that propel many successful careers forward, Horowitz says. The Architecture is Free Foundation helps those students nurse their ambition.

“Most people don’t have access to an elite education. They don’t have access to the kind of money you would need,” Horowitz says. “So when they think about becoming an architect, they might go to a technical school to learn how to draft. We want to think bigger than that, and we want them to think about architecture not just as a discipline, but as a cultural project that they can be part of—and that can have an impact on their own communities.”