Design Professionals and Modernism Enthusiasts Converge at Weitzman for Docomomo 2022 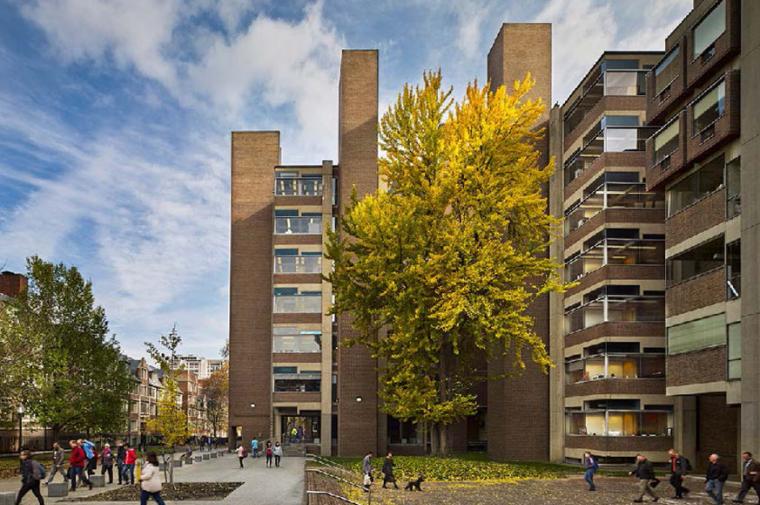 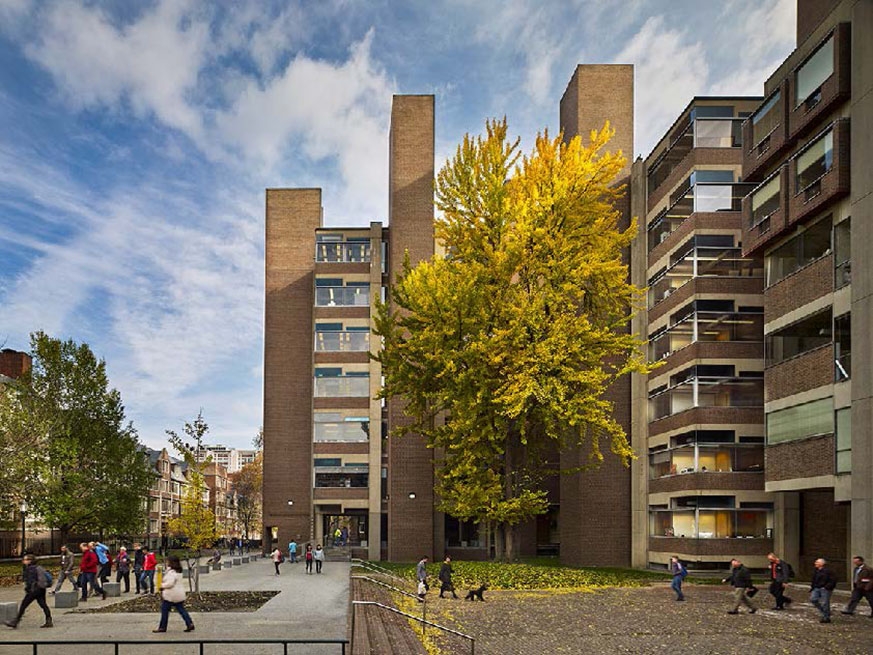 The first days of June, the Weitzman School was one of three host sponsors for the 2022 Docomomo US National Symposium, marking the return of this annual event to an in-person program. “Yo! Modernism! The View from Philadelphia,” as this year’s program was called, attracted a diverse audience of scholars, students, professionals and community members under the umbrella of documenting and conserving the heritage of the Modern Movement.

The “range of audience” was exciting to Bill Whitaker, curator and collections manager at Weitzman’s Architectural Archives, who co-chaired the national organization’s first program in Philadelphia. As the steward of a number of renowned collections, including those of Louis Kahn, Robert Venturi, Denise Scott Brown, and Aldo Giurgola, Whitaker was tasked with presenting the history of Philadelphia’s modern heritage to an audience coming from many different backgrounds.

“Being at Penn for 30 years, first as a student and then as a curator, I’ve found there’s so much range to Philadelphia’s modern heritage,” said Whitaker. “Docomomo gives one an opportunity to put things together into one program so that people who may not have a sense of the larger context can learn about this heritage.”

An important part of this heritage played out on Penn’s campus, Whitaker is quick to acknowledge. Frank Furness’s Fisher Fine Arts Library and Louis Kahn’s Richards Medical Research Laboratories were the physical backdrop for the symposium’s first day of diverse, sprawling programming.

And, Whitaker argues, the University’s stewardship of these structures was a model for the continued utility of modern architecture. A walking tour led by University Architect Mark Kocent (MCP’91) and Maureene Ward gave attendees an opportunity to see the extensively renovated Richards Labs and Eero Saarinen’s Hill House Dormitories up close. “But it was really the designers who renovated the buildings who were the stars,” Whitaker says.

Preservation architect Michael Mills and architectural historian Meredith Bzdak of M+Sa led a tour of their comprehensive renovation of the Hill House. Their design choices were dictated by a conservation approach, rooted in considerable study of Saarinen’s work and the architectural historical context of mid-century.

In the Richards Labs, where Kahn’s design never fully met the needs of a wet lab, a three-phase renovation by EYP and AOS Architects updated the space into a state of the art medical research space. Architects David Fixler and Areta Pawlynsky guided the Richards portion of the tour. Says Whitaker, “We thought it was exciting to be led through those buildings by the teams who saw a bright future for those buildings and made the necessary changes to adapt to current needs with sensitivity.”

The symposium’s panels and tours across the region brought together architects, preservationists, and scholars, but also real estate developers, homeowners, and members of the general public who love midcentury design and the optimism of American modernism.

Danele Alampay, a student in the Graduate Program of Historic Preservation who volunteered as a docent, said her favorite part of the experience was the tours of iconic homes in the area, like Kahn’s Margaret Esherick House and Venturi's Mother’s House.

“As someone interested in architecture and preservation, it was meaningful to see these sites that I’ve only seen in photographs and books and experience the space for myself,” says Alampay.

The topic of preserving the recent past was the subject of Spring 2022 seminar, HSPV 741: Modern Matters, co-taught by Frank Matero, professor of architecture and chair of the Graduate Program in Historic Preservation, and Irene Matteini, a preservation architect and lecturer in historic preservation. During the symposium, the students’ final work was displayed in an exhibition in the Architectural Archives. Drew McMillian’s (MSD’22) research evaluated solutions to the notorious energy inefficiency of the curtain wall; Annie Greening (MSHP’22) shed light on the commercial prefabricated homes that are often overlooked in favor of canonized architect-designed prefabs. The  collection of student projects is available to browse online.

Franca Trubiano, associate professor of architecture and acting chair of the graduate group in the Department of Architecture whose recent research has focused on women in 20th-century architecture, presented a paper on excavating the role of women architects in an archive dominated by male narratives. The panel was moderated by Heather Isbell Schumacher of the Architectural Archives. Schumacher’s colleague Allison Olsen spoke about her work processing born-digital collections.

Weitzman alums were also central voices in one of the most captivating topics of the weeklong conference: the future of Philadelphia’s Police Administration Building on Race Street, known to many as the Roundhouse. Designed by the prominent firm Geddes Brecher Qualls and Cunningham, the building, which is meaningful to scholars and others for its use of concrete technology, is closely associated with Frank Rizzo’s problematic legacy as Philadelphia Police Commissioner in the 19060s and ‘70s.

“The Roundhouse is a complicated site,” Eleanor Sharpe (MCP’99), executive director of the City Planning Commission, said in a statement earlier this year. “To many people it represents an era of police brutality. For some that era continues to this day.”

Speaking in a panel discussion in the sanctuary of Frank Lloyd Wright’s Beth Shalom synagogue, various stakeholders outlined and debated future uses for the structure and its sizeable lot. Sharpe was joined by a fellow Weitzman alum, Yue Wu (MSHP’18), who works as Neighborhood Planning & Project Manager for the neighboring Philadelphia Chinatown Development Corporation.

The City has begun a community-engagement process and is seeking proposals for the redevelopment and/or adaptive reuse.