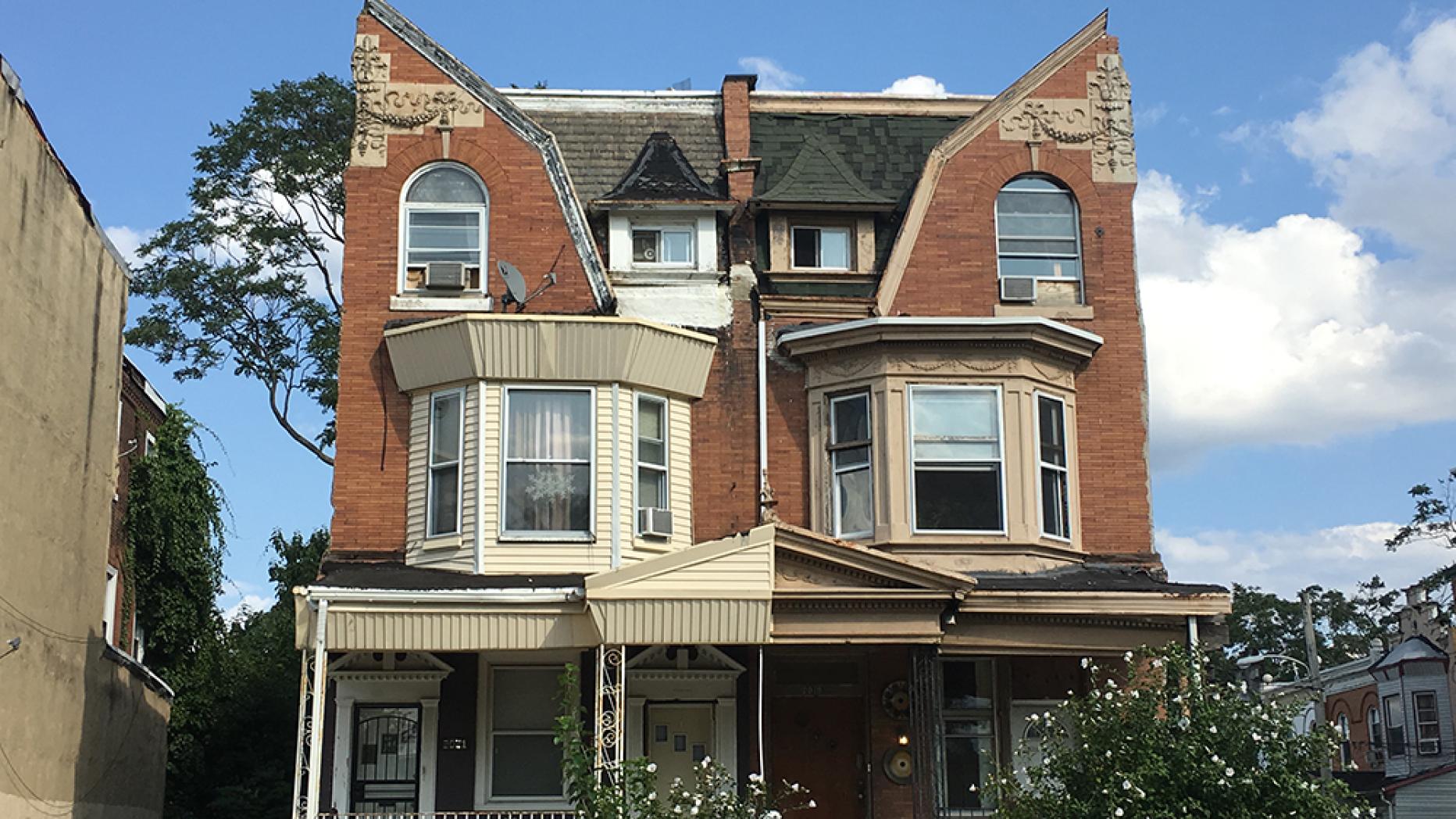 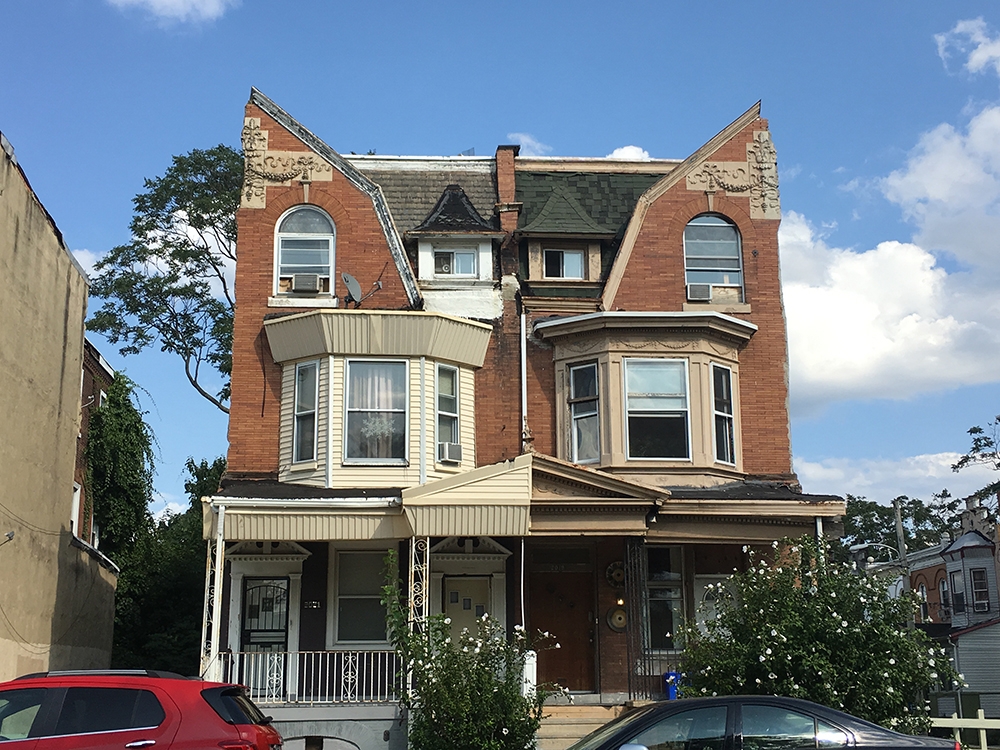 The Urban Heritage Project is an initiative of PennPraxis, led by Randall Mason.

UHP addresses issues at the intersection of built heritage, cultural landscape, and societal change through multi-disciplinary research and practice.

Current and recent projects include:

Preservation and Change: Survey of Attitudes and Opinions in the Historic Preservation Field
National  | The 1772 Foundation
The goal of historic preservation is frequently framed as “managing change” of historic buildings and places. With increasing regularity, questions are being raised about how the historic preservation field “manages change” of its own practices, assumptions, institutions, and policies. The Preservation and Change report offers a snapshot of attitudes around change in the historic preservation field, built from the opinions of over 2,000 people connected to the historic preservation community of practice who participated in a survey distributed in late 2020-early 2021.
Miller House and Garden Conservation Management Plan
Columbus, Indiana  | The Getty Conservation Institute/Newfields
A PennPraxis team is developing a conservation management plan for the Miller House and Garden, an internationally renowned mid-century Modernist landmark in Columbus, Indiana. The house itself was designed by architect Eero Saarinen, with interiors designed by Alexander Girard. Daniel Kiley designed the landscape that surrounds the house. The project was funded by a grant from the Getty Foundation's Keeping It Modern initiative and builds on PennPraxis' earlier involvement in the master plan for Newfields/Indianapolis Museum of Art, which owns the Miller House and Garden.
Rwanda Genocide Memorial Conservation and Training
Nyamata, Rwanda  | CNLG, State Department, Big Future Group
Conservation of Rwanda’s national genocide memorials grows with urgency each passing year. This project directly addresses the conservation of Rwandan national genocide memorials through a combined program of training Rwandan professionals and carrying out conservation directly at the memorial sites. The project is designed to increase the capacity of Rwandan institutions and professionals to conserve and manage significant genocide sites across the country. And it will result in conservation measures carried out at Nyamata Church in the Bugesera region, the site of tragic genocide violence in which thousands of Tutsi were massacred.
North Brother Island Conservation and Access Study
New York City, NY  |  JM Kaplan Fund
North Brother Island is a valuable historic landscape and a fragile reserve of significant ecological value. Following a long history as a quarantine hospital, the island was abandoned nearly 50 years ago and is now managed by the New York City Department of Parks & Recreation as a wildlife reserve. This study, supported by the J.M. Kaplan Fund, proposes short-, medium- and long-term solutions to enabling public access to NBI while satisfying current and future conservation goals.
Cultural Landscapes of Washington, DC, Documentation/Planning
Washington, DC  |  National Park Service
In partnership with the National Park Service, the Urban Heritage Project has worked on projects related to cultural landscapes in Washington, D.C. since the spring of 2012. In the years since, a team of faculty, graduates, and students in Historic Preservation have documented the history and evolution of over 20 NPS “cultural landscapes” in the Washington, DC, area—ranging from Civil War-era forts to public golf courses to urban boulevards—enabling the proper stewardship of these sites for centuries to come. Read more about these projects at www.cultural-landscapes.org.
Detroit-Philadelphia Preservation Exchange
Detroit, Michigan  |  Robin Beckett Fund, Knight Foundation
Salvador Historic Center Economic Strategies
Salvador, Brazil  |  ARUP, Rockefeller 100RC
Great Falls National Historic Landmark District
Paterson, New Jersey  |  National Park Service
The project surveyed the 108-acre Great Falls of the Passaic/Society of Useful Manufactures National Historic Landmark District for the National Park Service for the first time since the district was updated in 1986. The team developed a comprehensive GIS-based inventory of contributing and non-contributing resources in the district, which is significant for its role in early American industrial history and engineering. A second phase of the project is now underway, and will update the district’s NHL nomination based on the recommendations of the first phase and in consultation with local, state, and federal officials.
Historic Sacred Places Project
Philadelphia, Pennsylvania  |  Philadelphia Research Initiative, The Pew Charitable Trusts
The Historic Sacred Places Project created the first comprehensive, field-checked inventory of Philadelphia’s 842 purpose-built historic sacred places. PennPraxis’ field survey findings were published in The Pew Charitable Trusts’ 2017 report, Philadelphia Historic Sacred Places: Their Past, Present, and Future. The project inventory is a resource for policymakers, municipal officials, preservation planners, designers, and funders, assessing the current circumstances of the city’s older religious properties, which are key assets for the architectural character, cultural stability, and economic development of their neighborhoods.
Indianapolis Museum of Art/Newfields Master Plan
Indianapolis and Columbus, Indiana  |  DAVID RUBIN Land Collective, Indianapolis Museum of Art/Newfields
As part of its 126-acre campus in Indianapolis and its satellite property in Columbus, Indiana, the IMA owns and manages several significant historic properties, including the Oldfields estate (designed in part by the Olmsted Brothers) and the world-renowned Miller House (designed by Eero Saarinen). The museum recently undertook a master plan to reimagine its campus and visitor experience, and as part of that process, PennPraxis was engaged by landscape architecture firm DAVID RUBIN Land Collective to advise on the treatment and integration of the historic properties within the larger campus landscape.
Close
Close