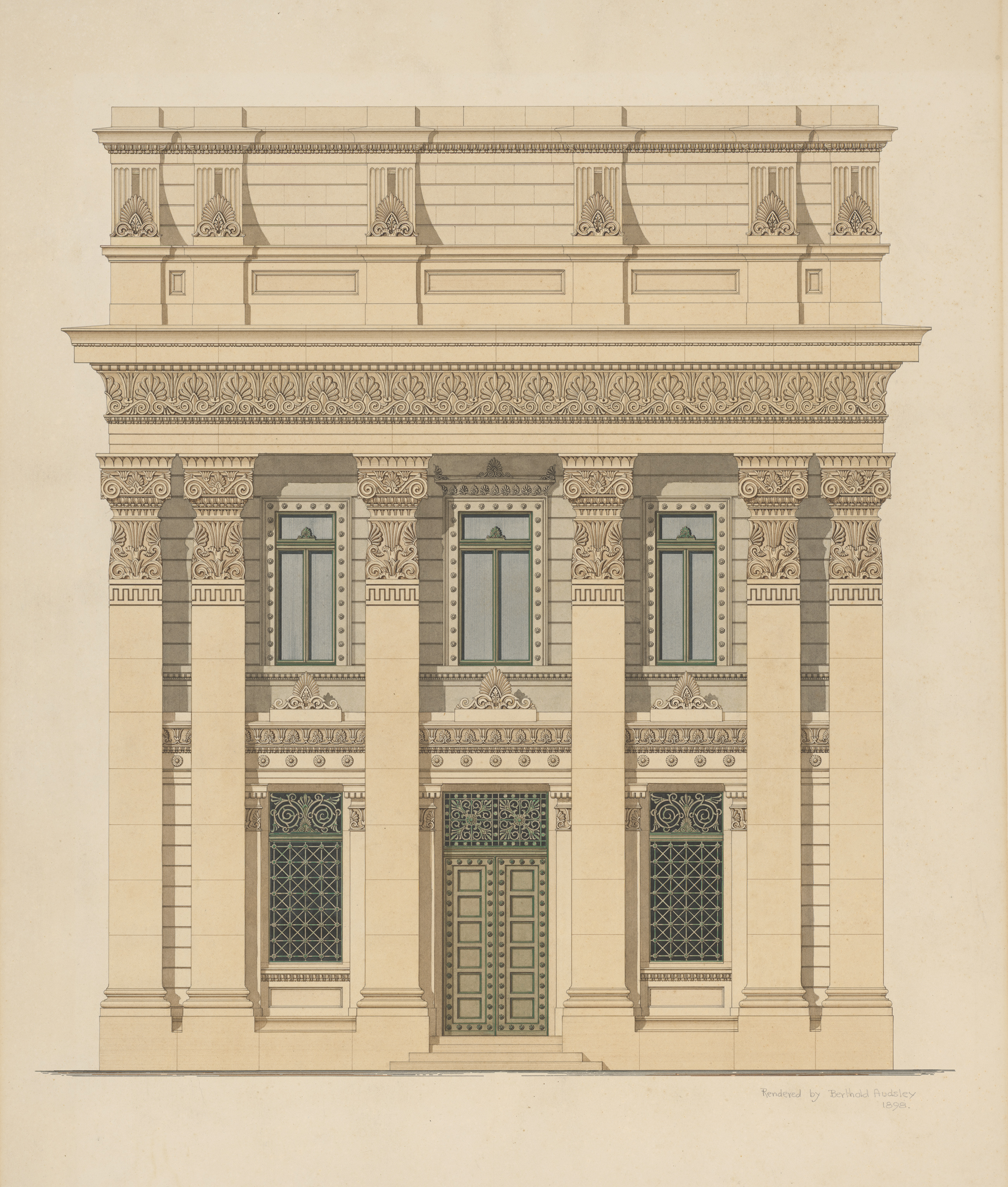 After Audsley and his brother emigrated to New York in 1892 from Liverpool, they designed many public buildings including the Layton Art Gallery in Milwaukee, Wisconsin (1888) and the Church of Edward the Confessor in Philadelphia.

This two-series collection contains ten architectural drawings, 1893-1898, documenting five architectural projects by George Ashdown Ausdsley and his brother William J. Audsley, as well as five drawings illustrating the construction of architectural models in laminated cardboard, drawn by his son Berthold Audsley in 1935. Projects include designs for the New York City Hall and the Cathedral Basilica of the Sacred Heart.