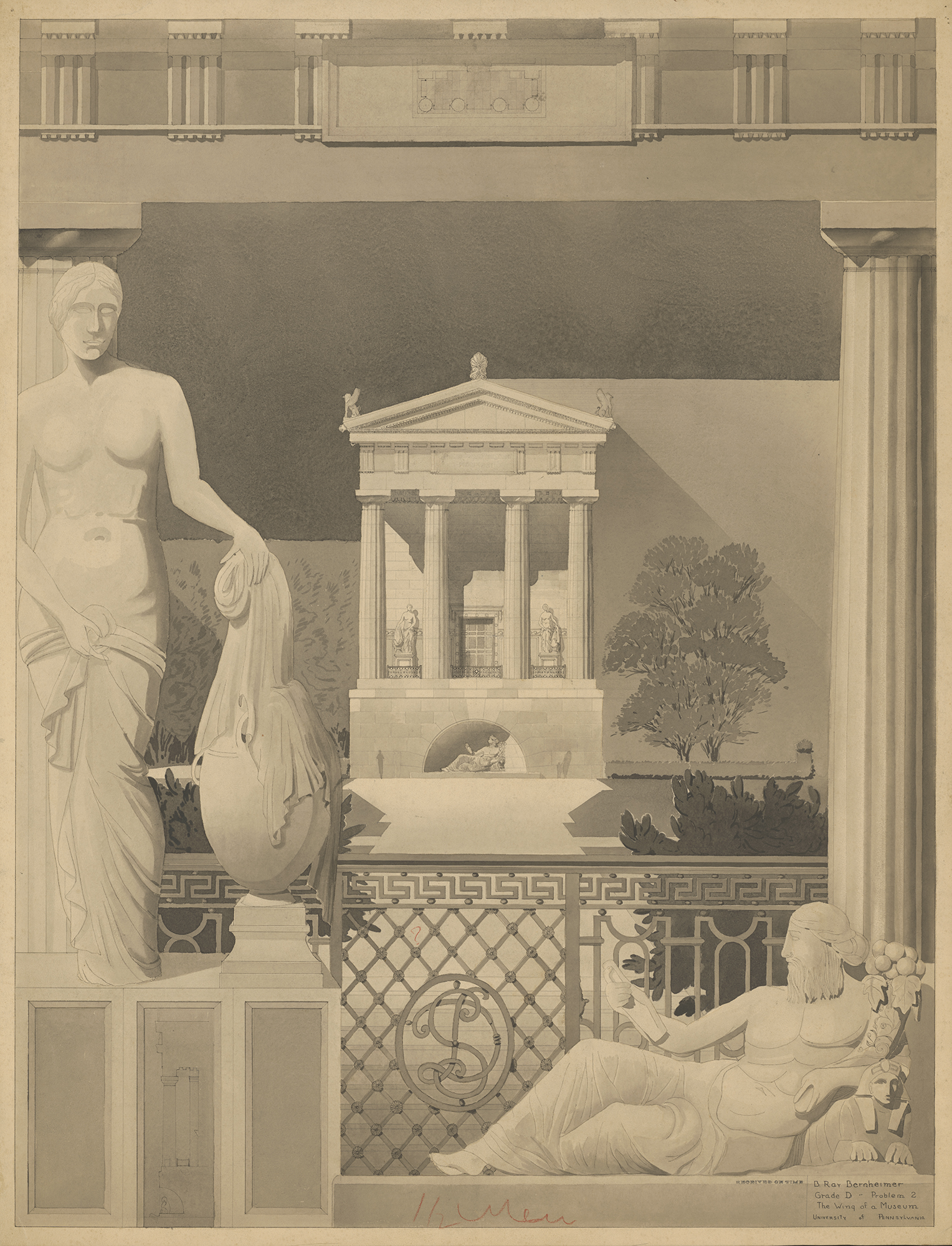 The first woman to receive an architecture degree from the University of Pennsylvania, Betty Ray Bernheimer attended Friends Select School and was admitted to Penn in 1932. Bernheimer won the Samuel Huckel Prize in Cret's studio in 1936, and joined Cret's office after graduation. Upon Cret's death in 1945, his office became Harbeson, Hough, Livingston, and Larson (later H2L2 Architects). Bernhemer remained with the firm her entire career, serving as a project architect for such buildings as Van Pelt Library at Penn (1962), the library at Thomas Jefferson University (1965), and the north dormitories at Haverford College (1967). She retired from H2L2 in 1973.

The collection compromises 17 student drawings (1931-1936) completed at the University of Pennsylvania.