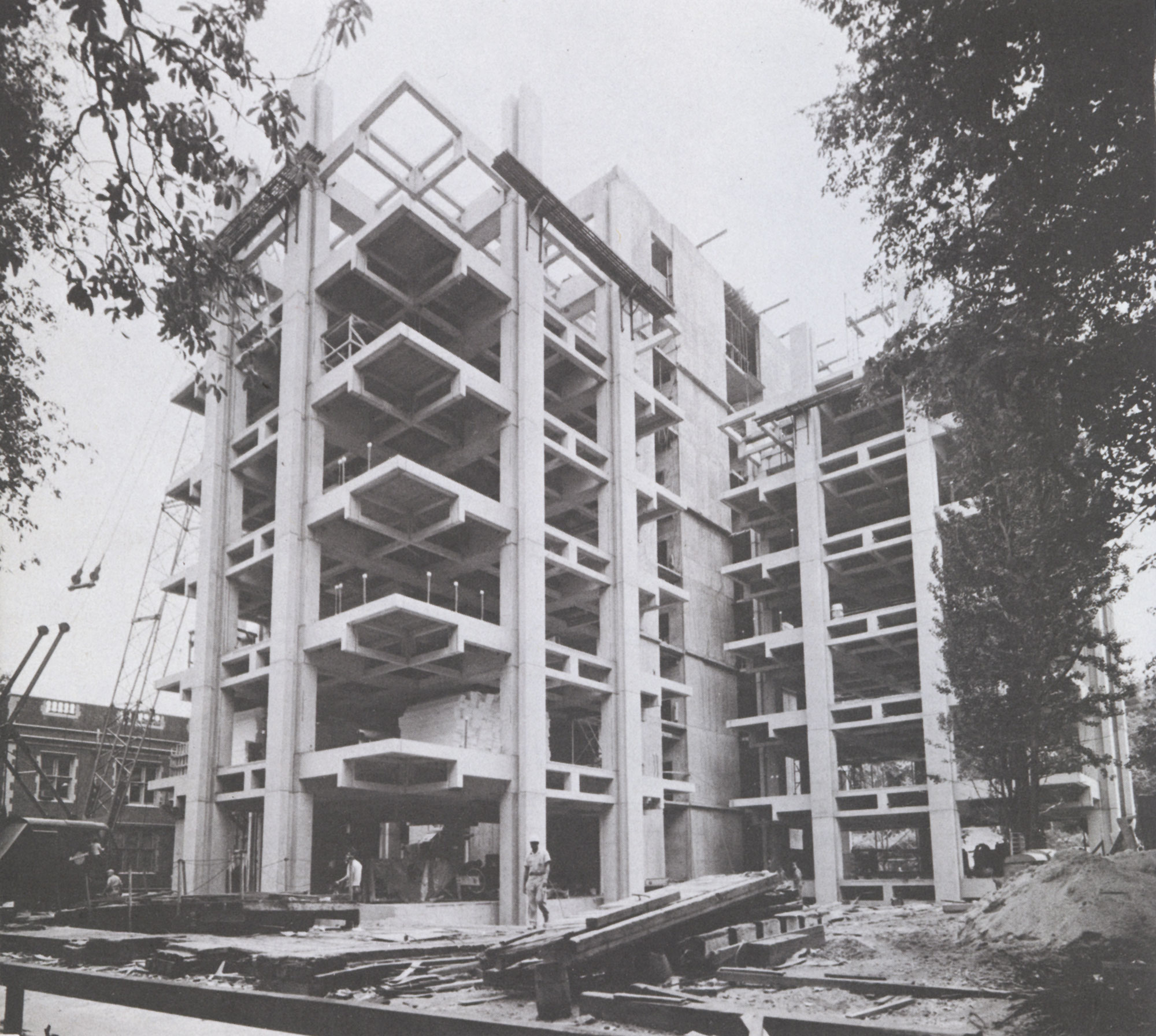 A leading authority on the design of prestressed concrete structures, August E. Komendant played an instrumental role in the creation of a number of the most significant architectural designs of the second half of the twentieth century. After immigrating to the United States, he worked with Louis Kahn on several projects including the Richards Medical Laboratories at the University of Pennsylvania, the First Unitarian Church, and the Salk Institute for Biological Studies.

The collection contains records related to Komendant's professional work and practice from (1945-1981).  This includes drawing and correspondence realted Komendant's consulting work with architects like Louis Kahn, Moshe Safdie and Mitchell/Giurgola, photographs of construction and completed works, and publications materials for his books Prestressed Concrete Strcutures and 18 Years with Architect Louis Kahn.