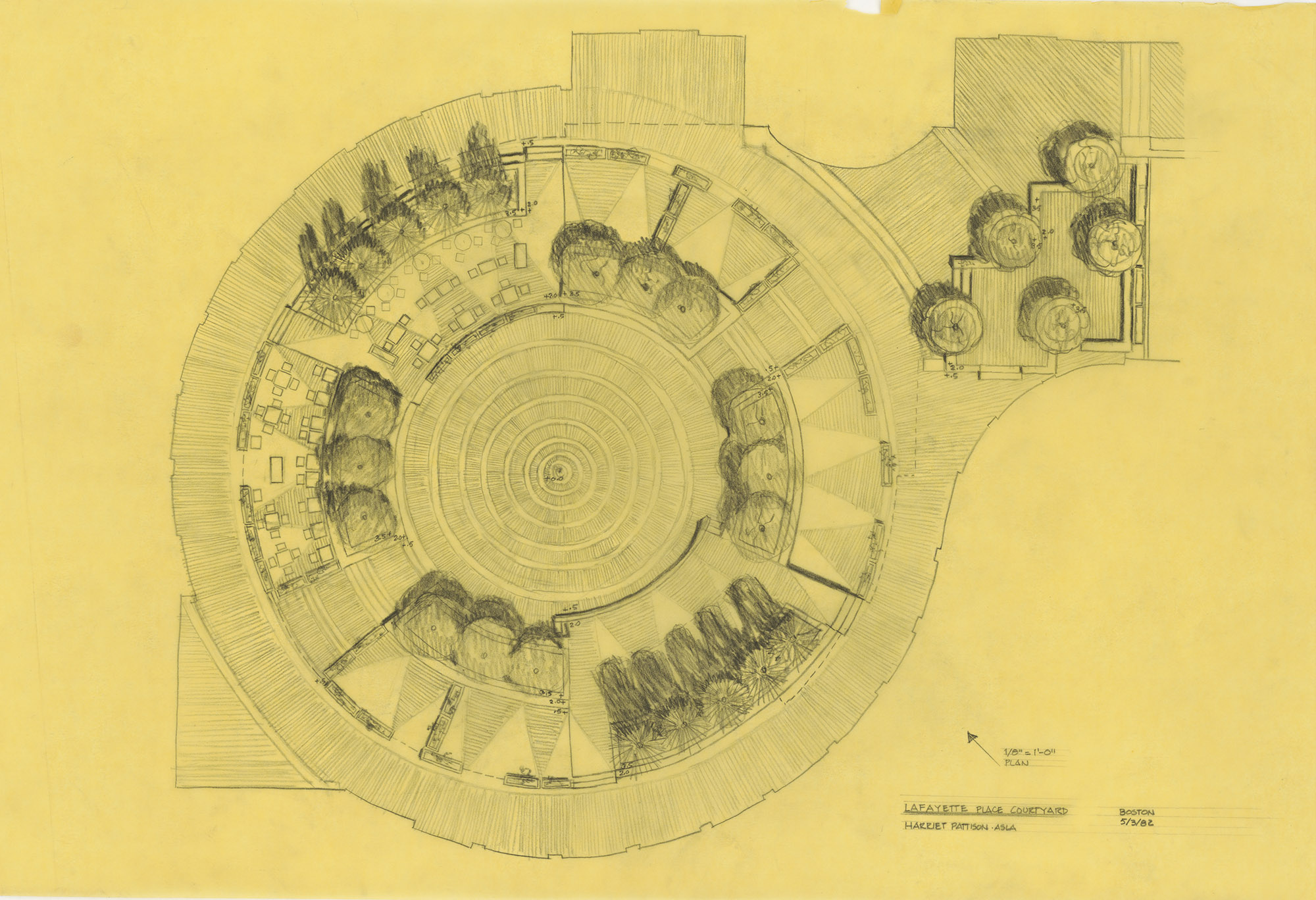 Born in Chicago, Harriet Pattison went on to earn a bachelor's degree from the University of Chicago in 1951, afterwards attending the Yale School of Drama.  After traveling abroad, Pattison settled in Philadelphia and embarked on a landscape architecture career, earning a Masters in Landscape Architecture from the University of Pennsylvania in 1967.  Pattison began her career working for Geroge Patton, and was a consultanting landscape architect for several Louis Kahn projects, incluidng the Kimbell Art Musuem and the FDR Memorial on Roosevelt Island.  Following Kahn's death in 1974, Pattison opened her own firm in suburban Philadelphia, with work ranging from garden designs, to historic landscpae restorations to large institutional projects.

The Harriet Pattison collection documents Pattison's landscape architect career, and includes drawings for her work as a consulting architect for Louis Kahn between 1968-1974, plans and photographs from her work with George Patton, and drawings and photographs for projects completed in her own firm.