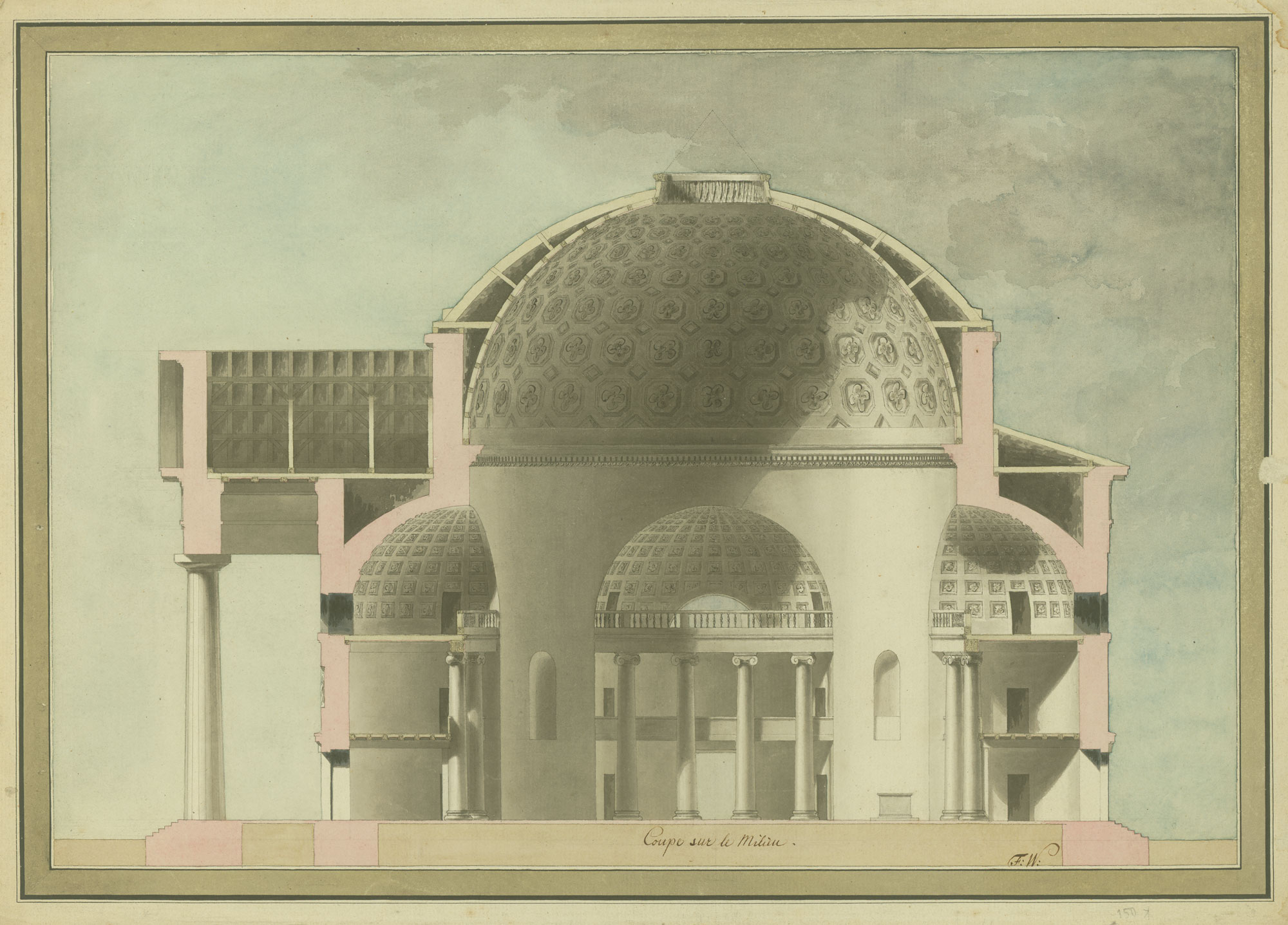 Frederich Weinbrenner (1766-1826) was born in Karlsruhe, Germany and trained in architecture in Venice, Dresden and Berlin.  Weinbrenner established himself in Karlsruhe, becoming the cities official architect.  Weinbrenner was principally responsible for creating Karlsruhe as a Classical city and, beginning with his 1797 General Plan, for the development of the city plan with an official Protestant church (Stadtkirche) (1807–15), City Hall (1821–25) on the Triumphal Road leading to the Princely palace.  A generation of architects were trained under his supervision, and in 1825 he helped establish the Polytechnic School in Karlsruhe.