After a Year to Remember, Planning for Healthier, Greener, More Equitable Cities 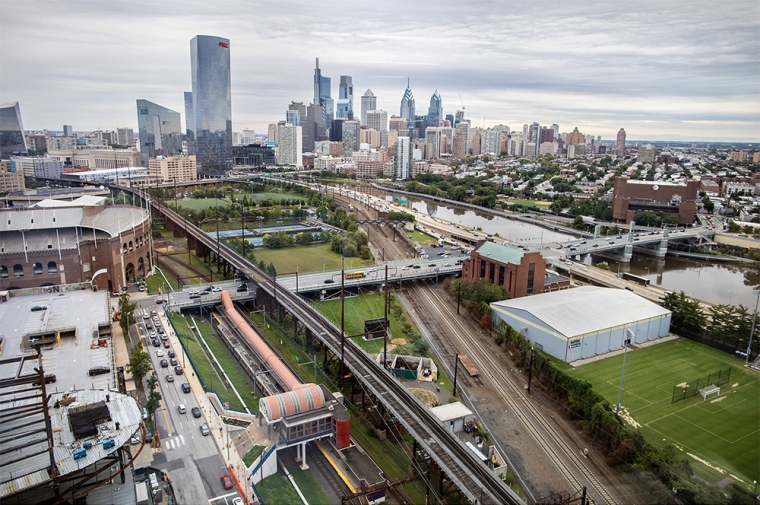 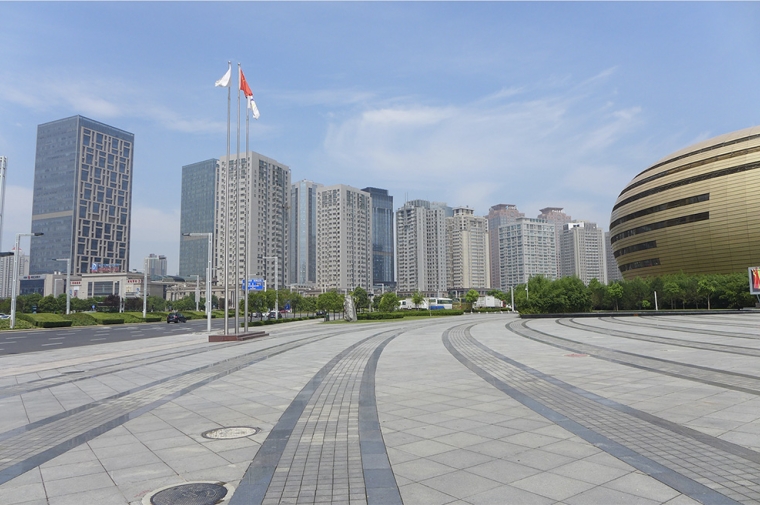 In his “Constructing Utopias” project, Zhongjie Lin is studying the contemporary new town movement in China, including Zhengdong New Town in Henan province pictured here, focusing on the reciprocal relationship between city building and social transformation through the lens of urbanism and utopianism.
Photo Zhongjie Lin 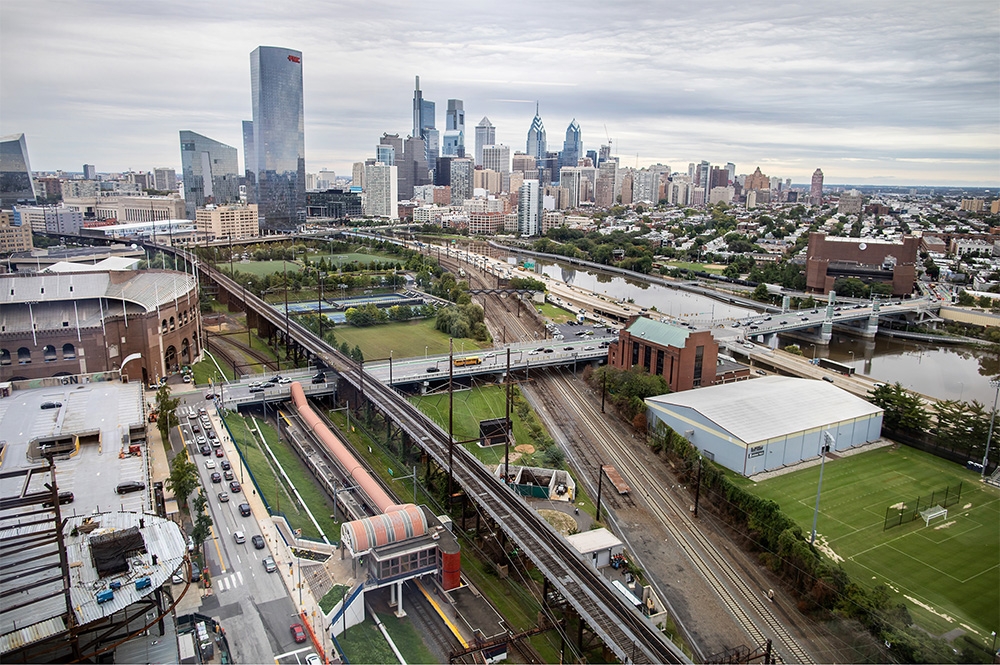 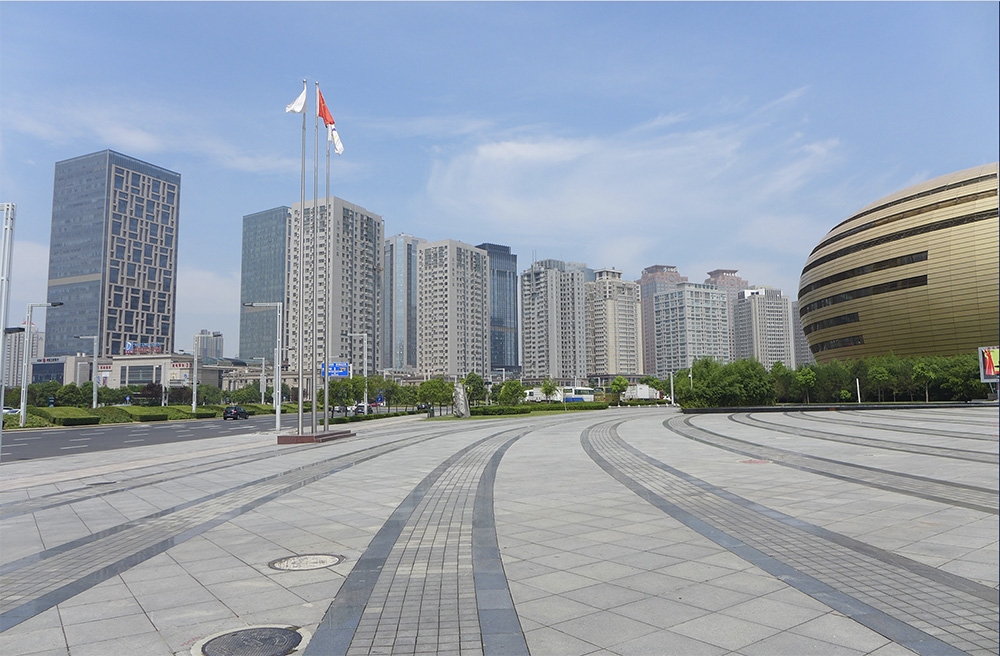 In his “Constructing Utopias” project, Zhongjie Lin is studying the contemporary new town movement in China, including Zhengdong New Town in Henan province pictured here, focusing on the reciprocal relationship between city building and social transformation through the lens of urbanism and utopianism.
Photo Zhongjie Lin

When COVID-19 brought cities across the world to a halt this spring, there was speculation that the pandemic would spell the end of urban areas. While massive suburban flight has yet to happen, renewed lockdowns across Europe and rising cases in the U.S. make it clear that the ongoing public health crisis is far from over and its many impacts are not yet fully realized.

In addition to COVID-19, the year 2020 has also been marked by renewed calls for racial justice after the police killings of George Floyd, Breonna Taylor, and William Wallace Jr. This year has also witnessed a contentious election that’s seen American cities labeled as anarchy zones, not to mention growing concerns about climate change as 2020 experienced one of the most active Atlantic hurricane seasons and witnessed record-breaking wildfires in the western U.S.

Given the numerous impacts of this past year, how can cities find a way to reckon with a public health crisis, systemic racism, severe partisanship, and climate change all at once? Penn Today reached out to experts in planning, design, and urban research to learn more about how cities have been impacted by 2020 and how they can become more resilient in the future.

Cities in the 21st century

Because of their role in centralizing natural resources and ideas, cities have been a staple of civilization for thousands of years. Now, in a world shaped by telecommunications, what role do cities play in modern society? “The ability to bring people together to generate ideas is really important, both in terms of face-to-face, serendipitous connections as well as group activities,” says city planner and co-director of Penn’s Institute for Urban Research (IUR) Genie Birch, Nussdorf Chair and chair of the graduate group in the Department of City and Regional Planning, about the importance of connections for economic growth, a theory known as agglomeration.

While many office jobs are still being done remotely, she says, current platforms for connecting can’t completely replace the in-person connections that cities foster. “Zoom approximates that [agglomeration], but you lose the spontaneity, the informality, where you could read people’s interest and body language,” says Birch. “Remote working has worked, and there will be more flexibility, but it doesn’t mean that you’re never going to come to the office.”

Fellow Penn IUR co-director and real estate economist Susan Wachter agrees. “Once we’re past COVID, cities will remain as places where people can get together to learn in ways that online interactions do not allow,” says Wachter. “If you have new technology that’s being used within one field, extending the application requires creativity and the sharing of specific know-how likely through in-person interaction. This is what makes an economy dynamic, and this is what cities deliver.”

But even if a permanent shift to working from home is unlikely, there has been an immediate impact on real estate in high-priced cities like New York and San Francisco, which are experiencing house price declines as more affordable locations are possible through work-from-home technologies. At the same time, says Wachter, over the U.S. as a whole, there’s been an increase in home prices, with housing representing one of the few sectors of the U.S. economy experiencing a “V-shaped” recovery. “Homes are now where we work, play, educate, exercise, and live,” she adds.

Recovery in the housing sector is, however, in stark contrast from the “retail apocalypse,” an impact of COVID that is dealing another blow to cities through lost tax revenue and reduced street quality. What might fill these spaces is uncertain, but past crises suggest that they could become a future home for the creative economy. “Artists have always been drawn to city centers, and now we will be able to have a return to that low-cost space that attracts creative workers,” says Wachter.

Landscape historian Sonja Dümpelmann, associate professor of landscape architecture, says that a history of uneven political access to public planning has led to many cities with limited, unevenly distributed green spaces, a disparity made all the more apparent this year as

“In the 19th century, when a lot of the American urban parks were created, the initial goal was to provide everybody in the city with access to green, open space. However, it was very rarely instituted that way, and so we see those repercussion today,” says Dümpelmann. “Also, the park planners were aware that once they were building parks, they would also be raising property prices surrounding the parkland—what we today call gentrification.”

Along with their political history, green public spaces have also long been a tool for public health initiatives. Physicians in the 19th century argued for open spaces as much as designers, says Dümpelmann. While they knew intuitively that green open space had positive effects on the nervous system, they also based their arguments upon the “miasma” theory, which proposed that diseases were distributed through poisonous gases produced by rotting organic material. “They thought that trees were physical obstacles against those gases that in some cases were also referred to as malaria (‘mal aria’ means bad air in Italian),” she says, an observation that was later accurately attributed to less stagnant water, and subsequently fewer mosquito populations, in areas with more trees.

COVID-19’s impact on the ‘urban renaissance’

As a scholar and practitioner of urban design, Zhongjie Lin says that the past two decades of “urban renaissance” has led to revitalized and repopulated cities around the world. Will the pandemic have an impact on this trend? “I don’t think so,” says Lin. “When we think about New York City, for example, the 9/11 tragedy had a short-term impact, but did not stop the process of its renaissance. The pandemic will change urban life, and it reminds us of the risk of fast growth, but it also reminds us of the value of a city and urban living. Cities also gain resilience through such events.”

Through his research on modern urbanization, Lin has seen how cities are being shaped by technologies, both before and during the pandemic. Lin gives the example of how technology is being used to track and mitigate COVID-19 in Asian cities using cell phone apps to trace contact—allowing this region to recover faster, but he adds that “there’s a risk of abusing this technology.”

In the future, Lin says that continued growth of on-demand transport, shared mobility, and bikes and scooters, as well as the conversion of more shopping activities to online platforms, are likely to shape the layout of cities in the future. “The internet, e-commerce, and new transit systems allow people to occupy a smaller footprint with a higher quality of life, so people can congregate in a more sustainable living style,” says Lin.

Unlike other goods and services, travel is rarely something that people do without having some other end goal, explains transportation researcher Erick Guerra. “We mostly travel to do something else, and that something else has been radically altered, in terms of our key determinants of travel and our destinations. As a result, there’s less travel in general, whether it’s by car or by public transit or by any means.”

This shift in demand has also spurred a shift in supply, especially in public transportation. “Transit is disproportionally used for commuting trips, and transit tends to serve downtown environments. With more people working remotely, you are going to have less incentive to use transit. So, the demand has gone down, supply has gone down, and then, on top of that, less demand related to fear as well.”

While the long-term impacts are hard to predict, travel patterns are likely to return to pre-pandemic levels, says Guerra, but new trends such as an increase in cycling and walking might continue. “One thing about cycling is a lot of people are hesitant to try it, and then when they do it, they find they like it. Provided that there’s a continued investment in infrastructure, I wouldn’t be surprised to see cycling keep on its upward trajectory,” says Guerra.

2020 showcases the importance of the public sector

For urban planner Akira Drake Rodriguez, this year has shown how the essential systems that make a city run smoothly have been underfunded and neglected. “COVID is bringing to the surface the idea that schools are vital components of our society, that nurses and caregivers are woefully underpaid, that trash matters, all of these vital infrastructures were ground to a halt, and I think people realized how dependent we are on these systems,” says Rodriguez.

Combine the crippling impact of COVID on minority communities with the deaths of George Floyd, Breonna Taylor, and Walter Wallace Jr., attacks on democracy, and heavy-handed responses to peaceful protests, and Rodriguez says that 2020 also demonstrated how political participation alone is not enough to bring about change. “People are articulating their needs through protests, and we’re also seeing the backlash—they are arresting journalists, saying that to talk about racism and sexism in the academy is unpatriotic, and designating cities as anarchy zones. These are scary times, and people are putting their lives on the line to resist,” she says.

Through her research on public housing in Atlanta, Rodriguez has seen how dismantled public systems make it more difficult for marginalized groups to enact change. She’s found that the ability of tenant associations to work directly with the government helped residents achieve their goals, but now, with a fractured, privatized system, it’s more difficult to enact change. “The same thing that happened in public housing is happening to public schools,” she says. “These are really hard battles because of the defunding of these institutions that’s been going on since the 1970s—particularly because the users of these institutions are predominantly poor, non-white people, largely women, so it’s also not getting a lot of political attention.”

Postdoc Jamaal Green echoes the sentiment that the pandemic has exposed this “zombification” of public institutions. “Our policy orientation in this country, especially at state and local levels, has been a continual disinvestment in institutions, except for police and prisons,” says Green, adding that many of the pandemic’s impacts—job loss, housing insecurity, and poorer educational outcomes—will also fall disproportionately on minority populations.

From the breakdown of unemployment benefit processing earlier this year caused by the combination of a massive labor shock and understaffed, outdated systems, to push back against municipal broadband in places like Chattanooga, Tennessee, Green says that there are numerous examples which highlight the importance of the public sector that eventually fall into a false narrative about what it can’t or shouldn’t do. “We have clear examples of where the public sector should step in, but the private market does not want to see them in that space. So, we hamstring our public agencies, then say, ‘look, they can’t do anything’,” says Green.

Read the full text of this story on PennToday.