In Kennett Square, PennPraxis Helps Build Community, One Leader at a Time 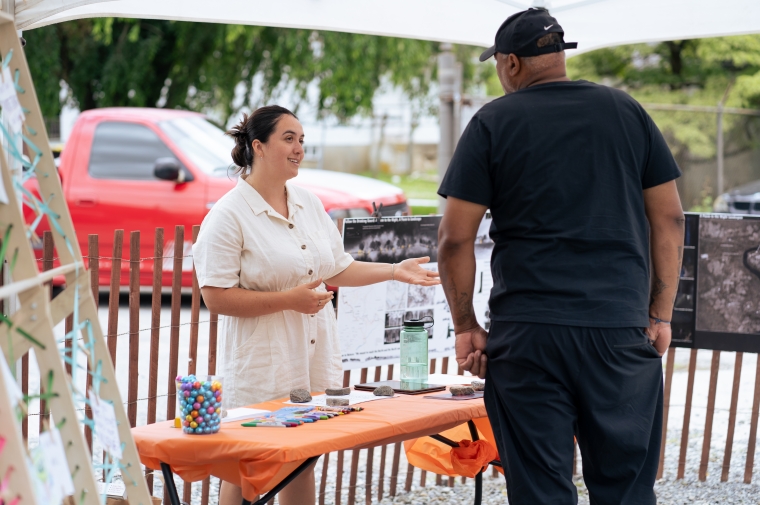 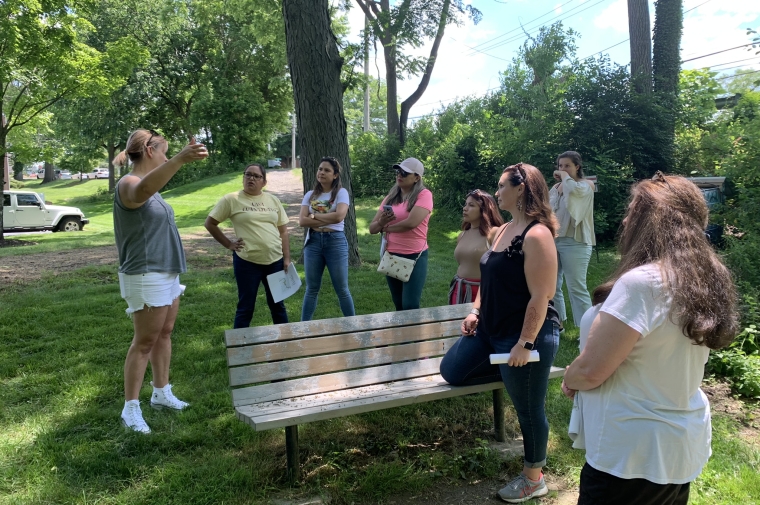 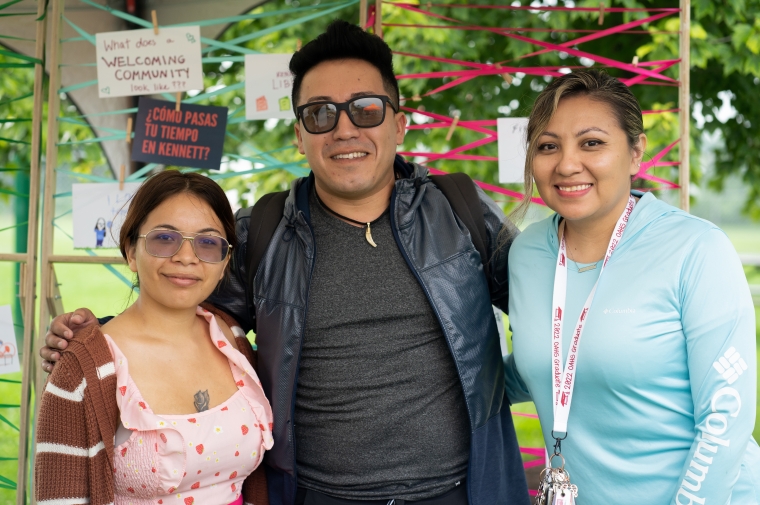 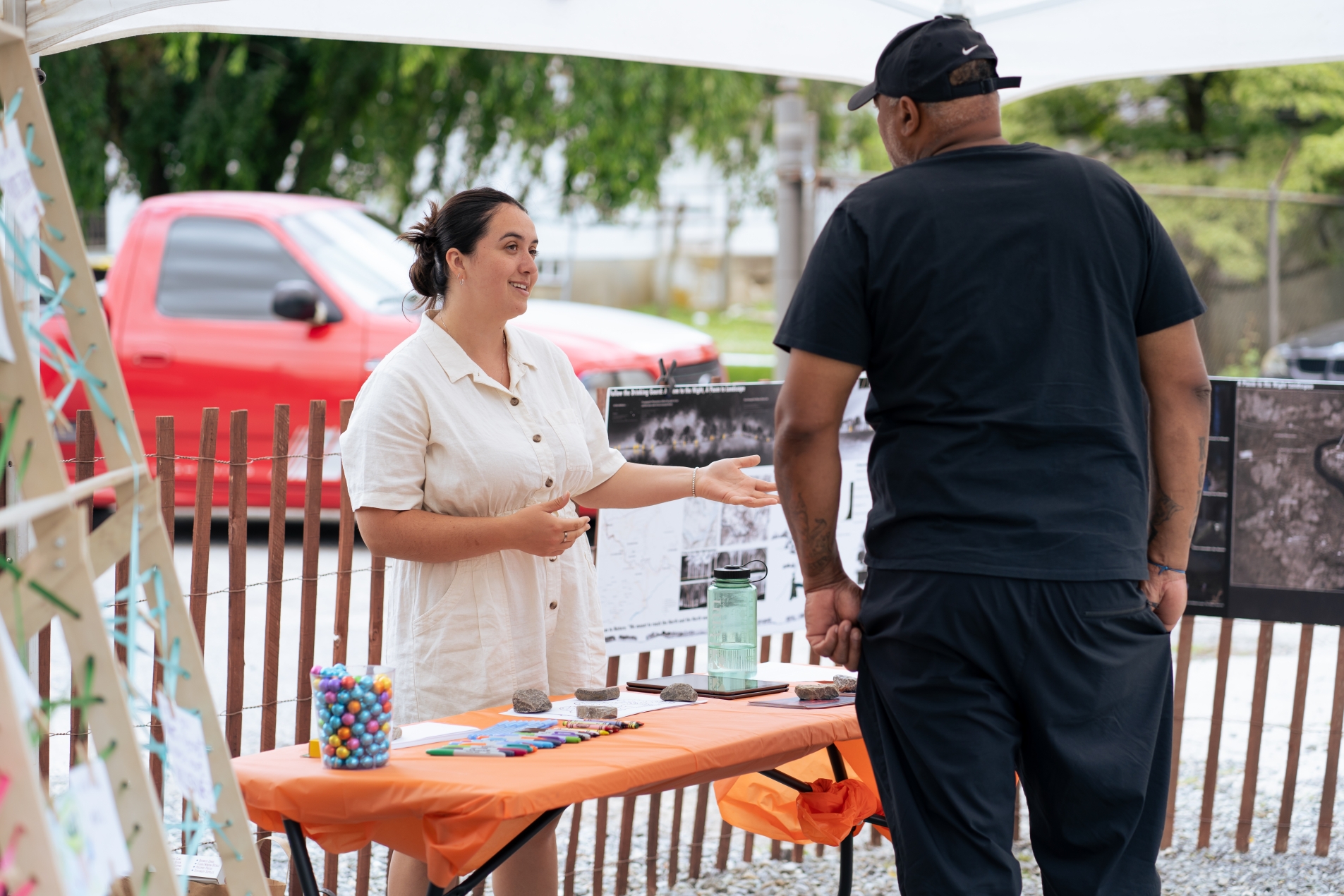 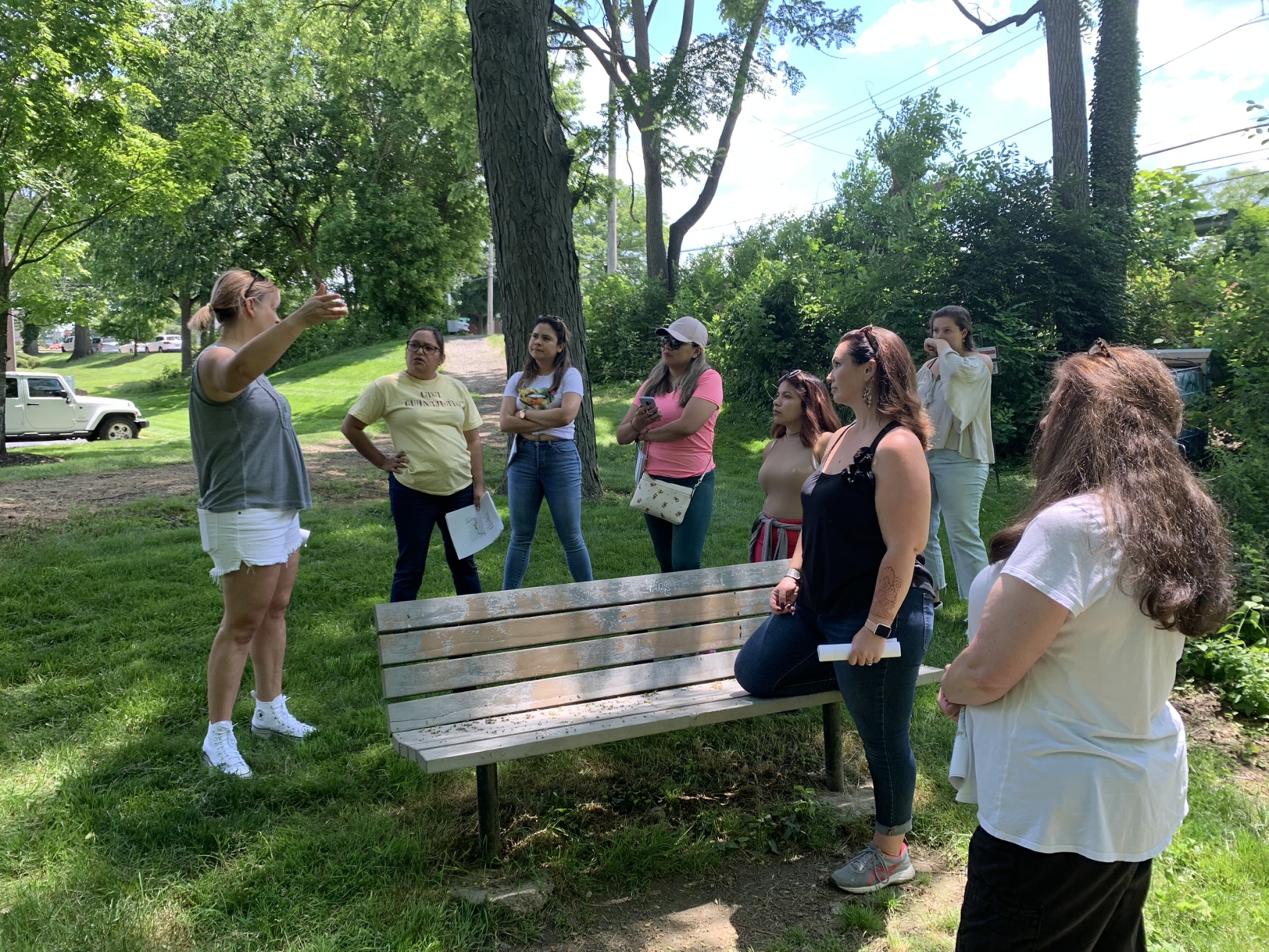 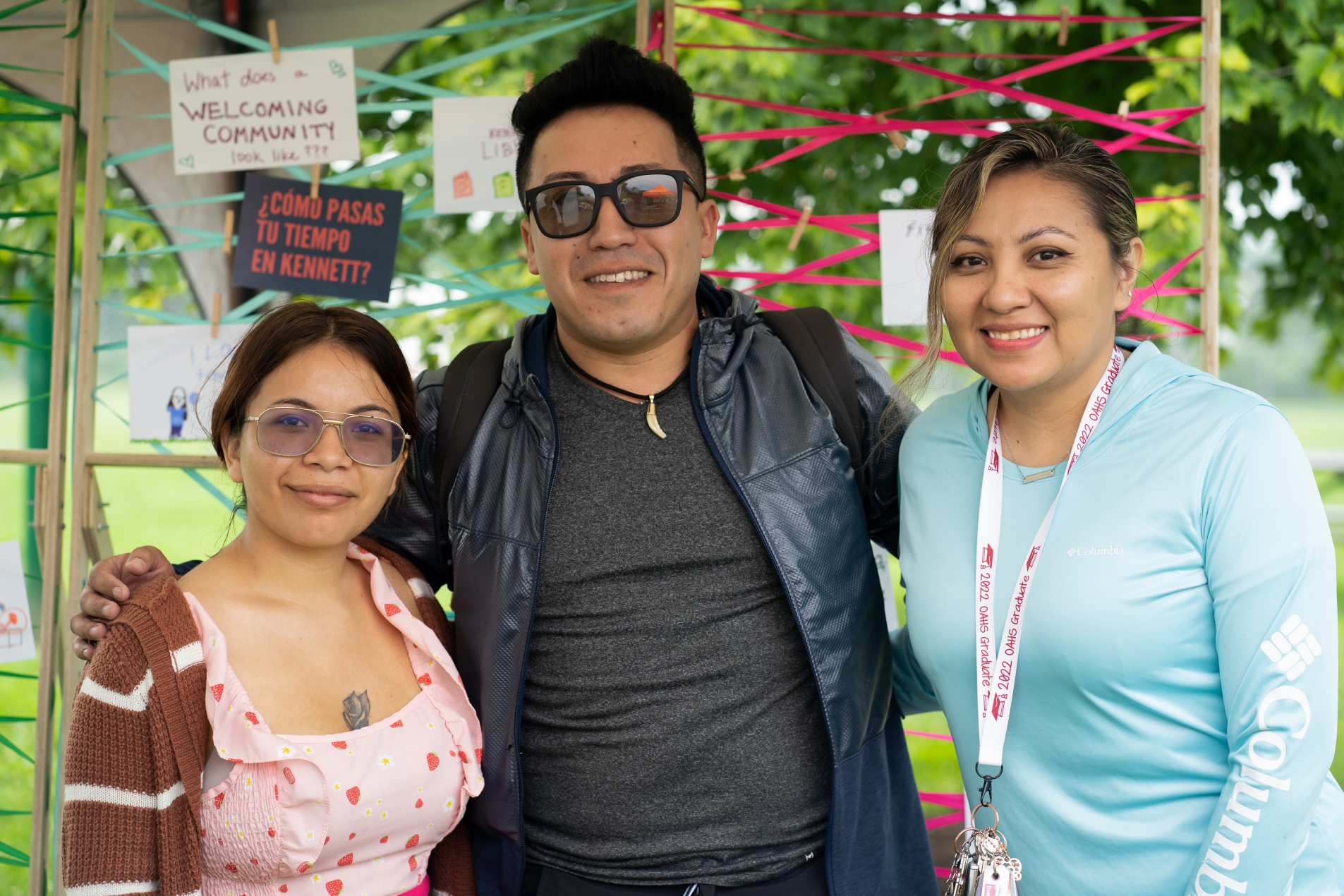 Just before starting 10th grade, Elideth Navarro and her family moved from Guerrero, Mexico to the small Chester County borough of Oxford to join her father, who had already been working for years in the mushroom fields around Kennett Square, situated 50 miles southwest of Philadelphia. At the time, Navarro barely knew any English; she wouldn’t have even known where to start looking for help applying to college. After high school, she started working on the assembly line at a local company that manufactured knife sharpeners, waffle makers, tea kettles and egg cookers. A supportive manager who’d grown up in Puerto Rico encouraged Navarro to learn computer skills, and she eventually became a manager of the production plant herself.

Even with the Kennett Square area’s booming immigrant community—nearly half of Oxford Borough’s population is Hispanic or Latino, according to the U.S. Census—Navarro says her arrival in Pennsylvania was a disorienting experience. That’s part of why she co-founded Kennett Multimedia, a media and production company aimed at building connections within the area’s immigrant communities.

“I want to help to mitigate what I experienced, not having the guidance and help. Maybe I lost opportunities just because of that,” Navarro says. “I want to help others … to feel more safe and welcome.”

This spring, Navarro participated in a first-ever program for emerging leaders in Kennett Square, created through a partnership between PennPraxis and the Square Roots Collective, an organization that supports nonprofit and small-business entrepreneurs in the area. The pilot program, which included a cohort of nine and met on Saturday mornings between April and June, was aimed at expanding the community of leaders and decision-makers in the area, says PennPraxis Managing Director Julie Donofrio. While much community planning work is focused on often limited interventions in the built environment or short-lived programs targeting singular issues, Donofrio says, this program was focused on cultivating a “longer trajectory” of community involvement, diverse representation in local decision-making and creating an overall more inclusive social infrastructure.

“The goal of the program was to invite new voices and leadership into the spaces and conversations that affect the public realm, policies, and amenities in the communities in which they live,” says Donofrio. “While standard community engagement offers an invitation to participate, it became clear that new, younger community members, especially from diverse backgrounds, did not feel welcome, or heard, to participate in these ways, so more directed, focused outreach was needed. We needed to help emerging community leaders meet each other, and to cultivate the confidence to be in those spaces, and reinforce that they were valued community leaders with the power to influence things that mattered to them.”

PennPraxis’s work in Kennett Square began in the early days of the pandemic. Kennett Collaborative, a nonprofit group formerly known as Historic Kennett Square, enlisted PennPraxis’ help in reaching out to Spanish-speaking small-business owners in the area to help them apply for COVID-19 relief loans. The outreach, carried out by PennPraxis Design Fellow Gabriela Newell, was so successful that it piqued interest to broaden Praxis’ partnerships and work in the area.

“I felt like I was in a safe environment and I could bring my whole self and speak up,” says Navarro. “It was a life-changing experience for me.”

PennPraxis then connected with Square Roots Collaborative, and they adopted a holistic approach to community engagement and data collection that could guide the Collaborative’s work going forward, contributing to its goal of widespread economic prosperity for all local residents. After a few rounds of data collection and stakeholder workshops, it became clear that more was needed than plans and community surveys to tangibly move closer to this goal. So  they decided to create a pilot program aimed at helping individual residents gain the skills and networks to become more active community leaders.

“There is a small group of people that do so, so, so much and are depended on really heavily,” says Christina Norland, community engagement lead for the Square Roots Collective and executive director of the Kennett Trails Alliance. Those leaders are critical, but there are broad swaths of the community that haven’t been directly connected to civic leadership and decision making about public spaces and investments, she says. To find participants for the workshop, the group solicited community members who were involved in various civic activities but may not have thought of themselves as leaders. Participants ranged in age from mid-twenties to mid-fifties.They spent the time building relationships with one another and with established civic leaders in and around Kennett Square.

“We got a lot of feedback from different participants that this was the first moment that they got invited to the theoretical ‘table’ of leadership,” Norland says. “Just by doing that, it was very empowering—giving people the confidence that they are leaders in their communities and they can work on projects they want to work on.”

Navarro says she received a personal invitation from Norland, who she had worked with on projects through Kennett Multimedia. She described the workshop as an emotional experience: Learning from other community members who were looking for opportunities to lead, and from leaders who were in positions to create opportunities, but hadn’t had strong connections in all parts of the community. It was a chance to see herself as a leader, too. Navarro says the participants created an ongoing group chat to share ideas and opportunities with each other.

“I felt like I was in a safe environment and I could bring my whole self and speak up,” she says. “It was a life-changing experience for me.”

For PennPraxis, the program was an exercise in new kinds of community engaged design and planning. Planners often have a hard time finding lasting, tangible ways to engage with residents, and community engagement is sometimes episodic and extractive, Donofrio says. But one of the goals of planning is to distribute more decision-making power to more people.

“How are we building organizational capacity? How are we actually shifting the balance of power in a community?” Donofrio says.

“There’s a common need to try to get members of the community involved in helping to shape the future of what the community becomes,” Norland says. “Change will ultimately happen, purposeful or not. So the more that people can feel empowered and have ownership over the shaping of their future and their community, the better.”