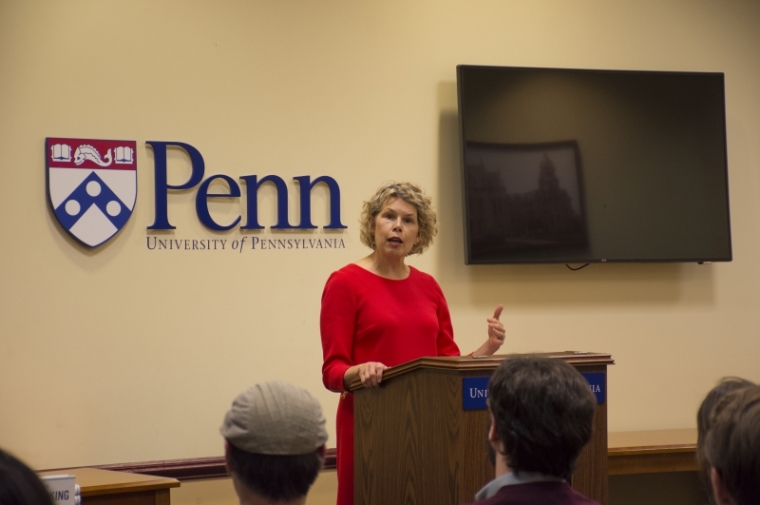 Lisa Servon at a book talk for Unbanking America: How the New Middle Class Survives 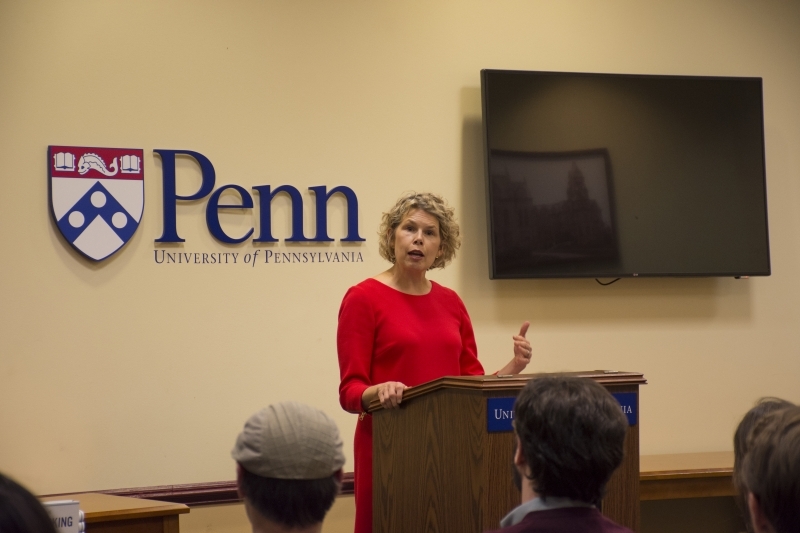 Lisa Servon at a book talk for Unbanking America: How the New Middle Class Survives

On January 30, Assistant Professor of Architecture Daniel Barber is among the panelists talking about “Environmental Histories of Architecture” at PennDesign in conjunction with the publication of A House in the Sun: Modern Architecture and Solar Energy in the Cold War (Oxford University Press, 2016). Barber is joined by Penn's Etienne Benson, PennDesign’s Daniela Fabricius, Boston University's Sophie Hochhausl, and Columbia’s Mark Wasiuta, and Anna Vallye.

Assistant Professor of City and Regional Planning Francesca Russello Ammon continues to lecture widely about her recent book, Bulldozer: Demolition and Clearance of the Postwar Landscape (Yale University Press, 2016). Ammon will give a talk on February 6 as part of the Landscape Studies Speakers Program at Smith College, and she will participate in a lunchtime colloquium at Harvard University Graduate School of Design on February 27. This past fall, she spoke at Labyrinth Books in Princeton, New Jersey, with Aaron Shkuda of the Princeton-Mellon Initiative, Urbanism, and the Humanities, which sponsored the event. She also delivered the Halverson Lecture on the History of American Architecture at Wellesley College and gave the Emerging Voices lecture and colloquium at the University of Michigan’s Taubman College of Architecture and Urban Planning.

PennDesign Dean and Paley Professor Frederick Steiner, co-editor of Nature and Cities: The Ecological Imperative in Urban Design and Planning (Lincoln Institute of Land Policy, 2016), was a featured speaker at “Analyzing the Wild, Designing the Garden,” the 28th Annual Landscape Design Symposium co-hosted by Connecticut College and Montgomery County Community College on January 12 and 13. The event was sponsored by New Directions in the American Landscape, Morris Arboretum of the University of Pennsylvania, and Connecticut College Arboretum. Dean Steiner’s talk considered the work of pioneering landscape architect Ian McHarg and explored design practices grounded in ecology.

Professor of City and Regional Planning Lisa Servon has made several appearances to discuss her recent book, The Unbanking of America: How the New Middle Class Survives (Houghton Mifflin Harcourt, 2017). She was a guest on NPR’s Fresh Air (aired in Philadelphia on WHYY-FM) on January 10, and gave talks at Politics and Prose Bookstore and Coffeehouse in Washington, DC, on January 16, and at Community Bookstore in Brooklyn, New York, on January 18. On February 6, she’s scheduled to speak at NYU’s Institute for Public Knowledge.