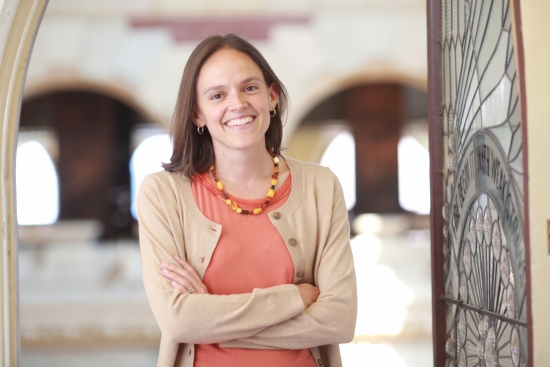 Associate Professor, City & Regional Planning and Graduate Program in Historic Preservation
Director, Initiative in the History of the Built Environment

Francesca Ammon is a cultural historian of urban planning and the built environment. Her teaching and research focus on the changing spaces of American cities, from World War II to the present. She grounds her interdisciplinary approach to this subject in the premise that the landscape materializes social relations, cultural values, and political and economic processes. Professor Ammon is particularly interested in the history of urban revitalization, with an emphasis on urban renewal; the dynamic relationship between cities and nature; public history as a tool for community-based research and engagement; and the ways that visual culture has shaped understanding of what cities are, have been, and should be.

At Penn, Professor Ammon is a member of the standing faculty of the City & Regional Planning Department and the Graduate Program in Historic Preservation. She also directs the Initiative in the History of the Built Environment. She is an associated faculty member of the History Department, an affiliated faculty member of the Center for Experimental Ethnography (CEE), and a Faculty Fellow of the Penn Institute for Urban Research. She has been a colloquium member of the Penn/Mellon Foundation Humanities + Urbanism + Design Initiative, a member of the Gender Sexuality and Women’s Studies (GSWS) Executive Board, and an Andrew W. Mellon DH Fellow at the Price Lab for Digital Humanities. She is a board member and Co-chair of the Program Comittee for the 2022 conference of the Society for American City & Regional Planning History (SACRPH).

Before joining the Weitzman School faculty, Professor Ammon was a Visiting Scholar at the American Academy of Arts & Sciences. She has also been the receipient of an American Council of Learned Societies (ACLS) Fellowship, National Endowment for the Humanities (NEH) Digital Humanities Advancement Grant, Society of Architectural Historians (SAH)/Mellon Fellowship, Whiting Fellowship in the Humanities, Ambrose Monell Foundation Fellowship in Technology and Democracy through the Miller Center of Public Affairs, John E. Rovensky Fellowship from the Business History Conference, and Sally Kress Tompkins Fellowship, jointly sponsored by SAH and the Historic American Buildings Survey (HABS).

Professor Ammon is the author of Bulldozer: Demolition and Clearance of the Postwar Landscape (Yale University Press, 2016), for which the Society for American City and Regional Planning History (SACRPH) awarded her the 2017 Lewis Mumford Prize for the best book in American planning history and the Society of Architectural Historians (SAH) awarded her a Mellon Author Award. The book is not only the first scholarly history of the bulldozer, but also a sweeping examination of how the postwar nation came to equate destruction with progress. Construction equipment contributed vitally to Allied victory during the war. Afterwards, war-honed machines, men, methods, and metaphors effectively came home to reshape the domestic landscape. Case studies of urban renewal building demolition, suburban land clearance, and earthmoving for interstate highway construction demonstrate clearance practices in progresses. Meanwhile, an excavation of the bulldozer in postwar literature, films, and art reveals its popular reach. Ultimately, the project demonstrates both the processes and products of the postwar “culture of clearance.” Before the efforts of historic preservationists, neighborhood activists, and environmentalists began to temper the bulldozer’s work, the ideology, technology, policy, and practice of large-scale destruction dramatically transformed the American landscape.

Another strand of Professor Ammon's current research examines the relationships between urban renewal, rehabilitation, and historic preservation in the cities of Philadelphia and Montreal. This work is yielding traditional publishing products, as well as a digital public humanities project titled Preserving Society Hill. Built in collaboration with community partners, the website aggregates, digitizes, and spatializes a variety of sources related to the urban renewal and historic preservation of Philadelphia's Society Hill neighborhood, including: planning and architectural data, historical photographs, and an archive of nearly 90 oral history interviews and memoirs.

Additional research in progress explores the role of photographs in shaping planning and preservation discourse and practice. Professor Ammon organized a symposium at Penn on this general topic, titled "Picturing Policy: How Visual Culture Shapes the Urban Built Environment." During 2016-17, she also explored this interest as a Mellon Researcher with the project "Architecture and/for Photography" at the Canadian Centre for Architecture. She is currently collaborating with Brian Goldstein, Garrett Dash Nelson, and the Getty Research Institute on an NEH-supported digital urban humanities project related to photographer Ed Ruscha's “Streets of Los Angeles Archive.”

Professor Ammon has published her work in the Journal of Planning Education and Research, Journal of Planning History, Journal of Urban History, Technology & Culture, Preservation Education and Research, Change Over Time, and the archive of the Historic American Buildings Survey. She has also been featured on popular radio programs including WNYC's The Takeaway, WNPR's The Colin McEnroe Show, KPFA's Against the Grain, and the PBS television documentary 10 Towns That Changed America.

She has presented her work widely, including at the annual and biennial meetings of the Society for American City & Regional Planning History, Urban History Association, Association of Collegiate Schools of Planning, Policy History Conference, Business History Conference, and the American Studies Association. In Fall 2019, she gave the opening keynote at the Deconstruction and Reuse Conference.

Preserving Society Hill: Sites and Stories of Urban Renewal in a Philadelphia Neighborhood (initially launched in 2018, v2 launched in 2022).

"Captioning Milton-Parc," with photographs by Clara Gutsche and David Miller, in What You Can Do with the City (Canadian Centre for Architecture), October 20, 2017.

"The Long History of Unfair Housing," co-authoried with Wendell E. Pritchett, in Perspectives on Fair Housing, eds. Reina, Pritchett, and Wachter (Philadelphia: U of Pennsylvania Press, 2020).

"Reversing the Tide of Suburban Families? The Design, Marketing, and Occupancy of Urban Renewal’s High-rise Housing," Journal of Planning History (2020).

“Resisting Gentrification Amid Historic Preservation: Society Hill, Philadelphia and the Fight for Low-Income Housing,” Change Over Time 8, no. 1 (Spring 2018): 8-31.

"Digital Humanities and the Urban Built Environment: Preserving the Histories of Urban Renewal and Historic Preservation,” Preservation Education and Research 10 (2018): 11-30.

At the Weitzman School, Professor Ammon teaches both city planning and historic preservation courses focused on the history of the built environment, thesis research and writing, and special topics in urban cultural history. She also directs the Initiative in the History of the Built Environment. In 2019, she received the G. Holmes Perkins Distinguished Graduate Teaching Award for Standing Faculty.

Professor Ammon wrote about her teaching in "But Why Do I Have to Take This Class? Making Required Courses More Meaningful," Penn Almanac 66, no. 14, November 19, 2019. 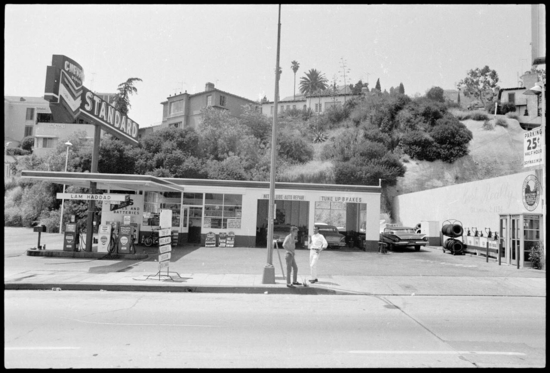 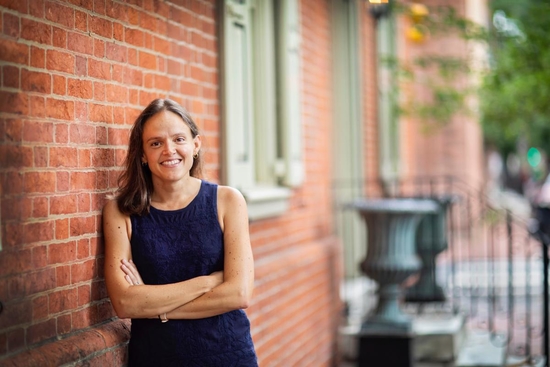 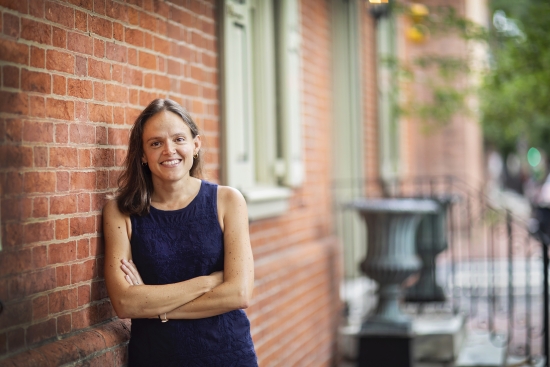