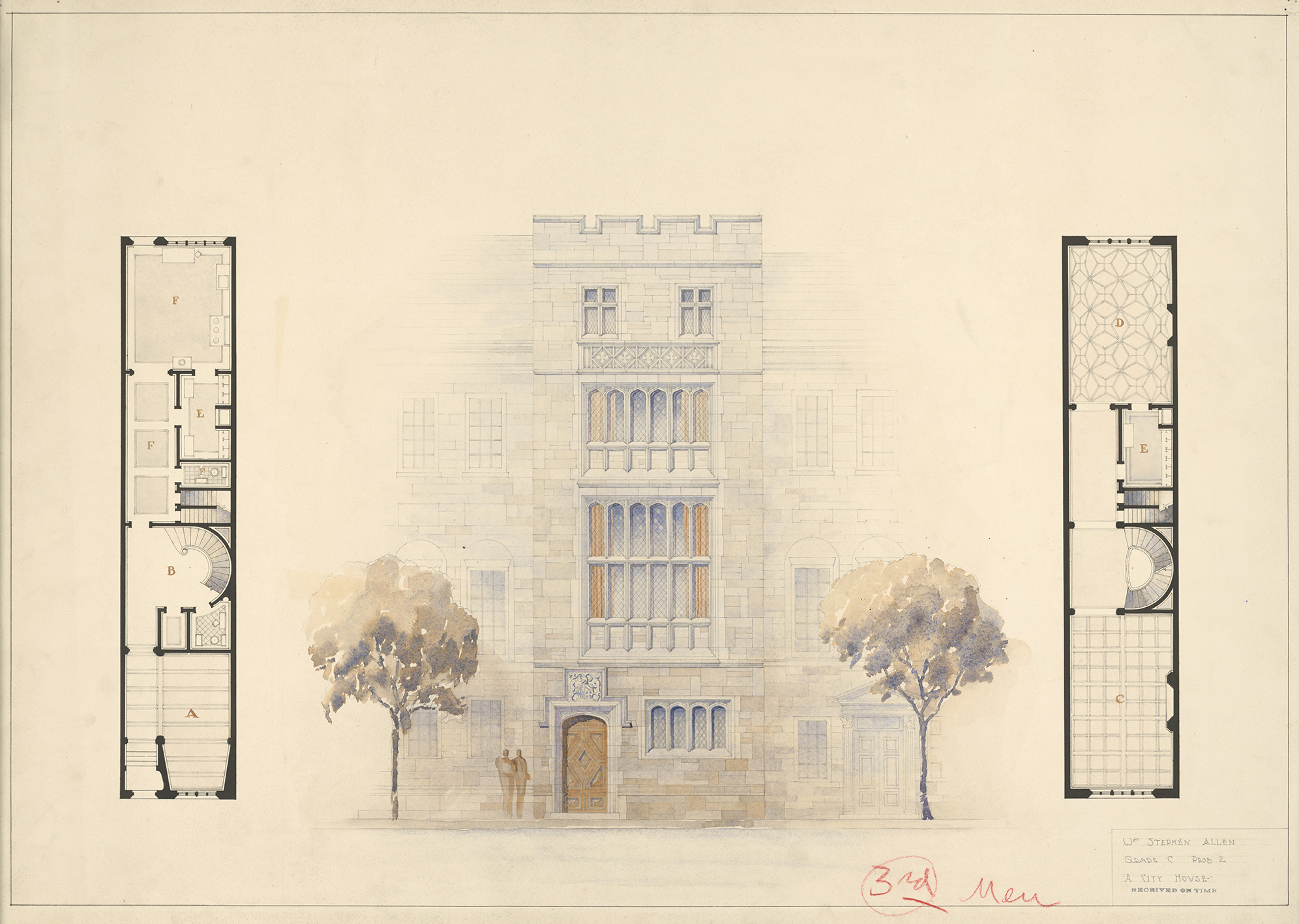 Allen received his architectural training at the University of Pennsylvania and distinguished himself as a student by winning the Faculty Medal, Paul Cret Prize, and the T-Square Prize, all in 1935, as well as other awards. After leaving Penn, Allen moved to San Francisco, where he established a partnership with S. Robert Anshen in 1940. Anshen & Allen was a leading California firm in the 1960s.

The collection comprises 35 student drawings (1932-1936), including two competition drawings for the Paris Prize.