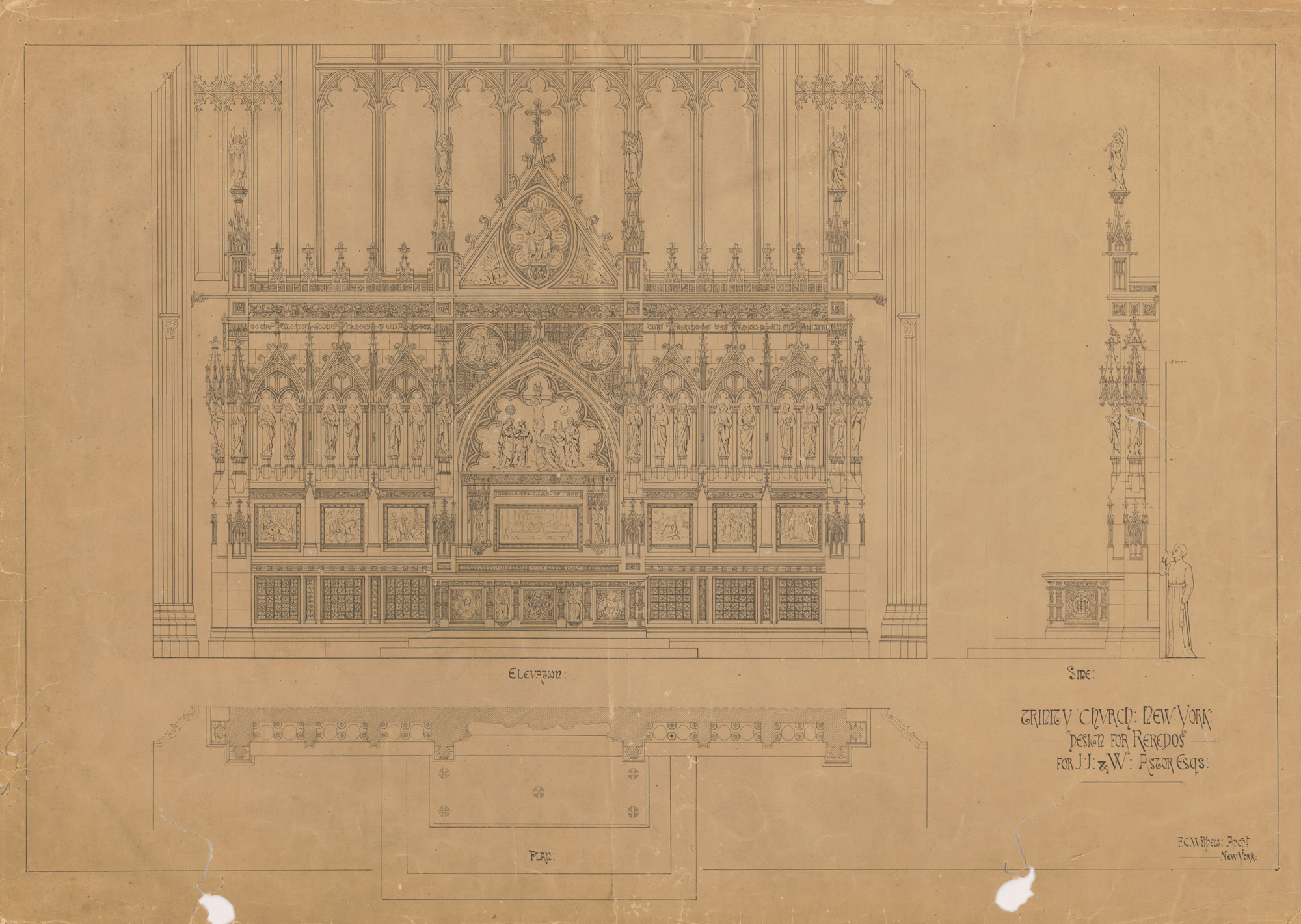 Frederick Clark Withers worked at the London office of Thomas Henry Wyatt before emmigrating to the United States, and working with Andrew Jackson Downing in 1851. After Downing's sudden death, Withers had partnerships with Walter Dickson (Withers and Dickson) and later Charles Vaux (Vaux and Vaux and Withers). Withers is known for his Gothic Revival churches in New York, and for his designs for the Jefferson Market and Courthouse (1874) in New York City and Gallaudet College, in Washington, D.C. (1867-1880).