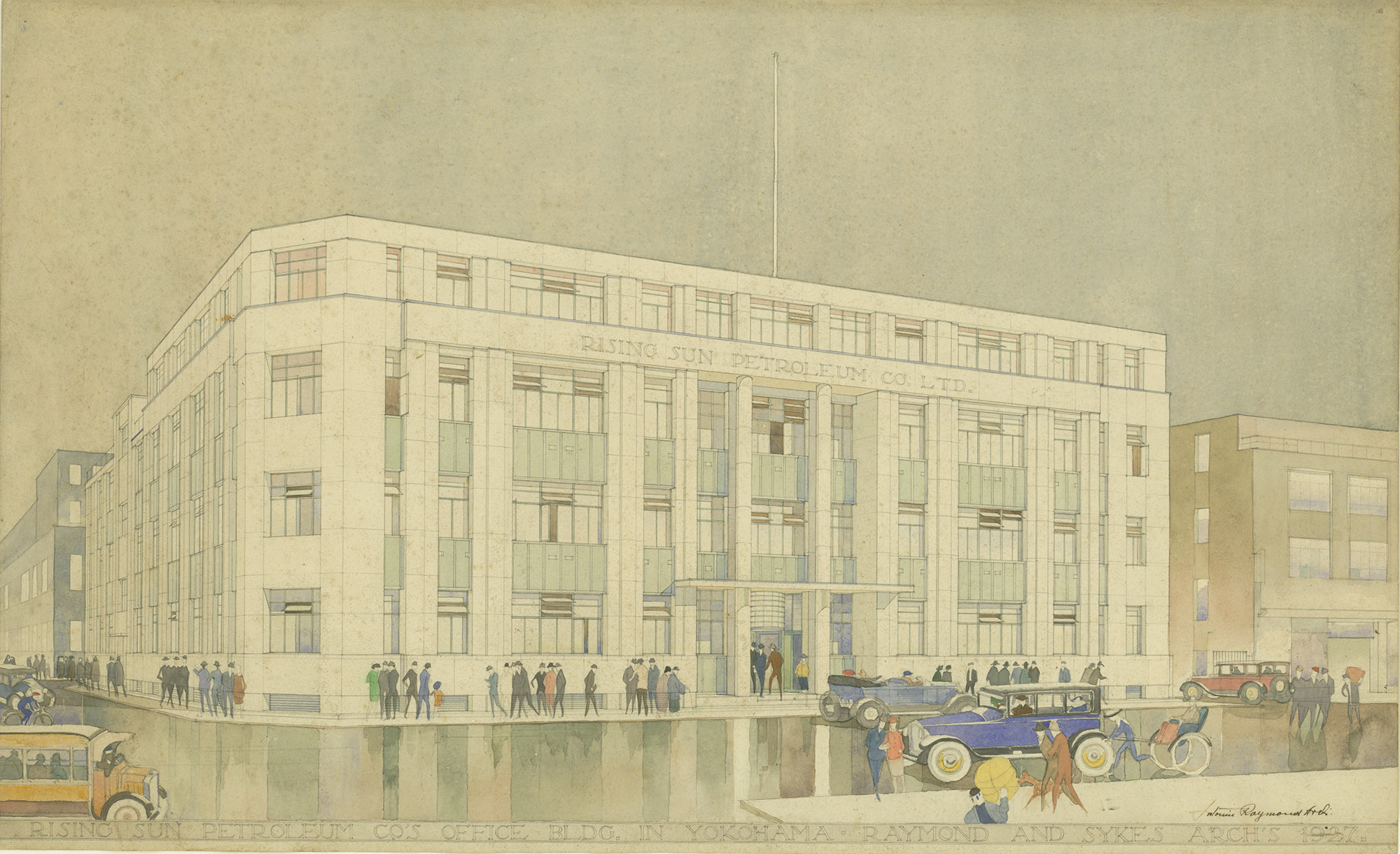 Best known for a series of finely detailed structures built in Japan during the 1930s, the Raymonds had a distinct and creative style that combined their European modern roots with the vernacular craft traditions they discovered in regions as diverse as Japan, India, and rural Pennsylvania.  Their prolific careers included designs for factories, ofﬁce buildings, churches, and schools as well as furniture, fabrics, and graphic design. They also collaborated with some of the twentieth century's leading thinkers and artists, including Frank Lloyd Wright, Cass Gilbert, Isamu Noguchi, George Nakashima, and Fernand Lger.

Masanori Sugiyama was a senior associate of the Ramyond architecture office in Japan durng the 1920's and 1930's.  This collection contains architectural drawings, project and office files and photography for architectural work completed by the Raymond's in Japan between 1921 and 1937.