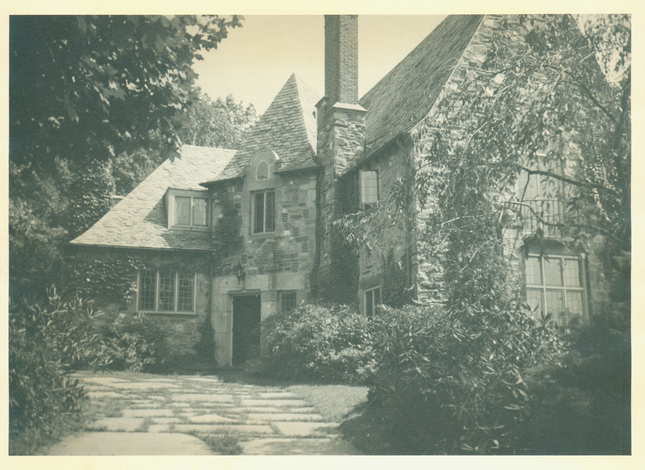 Born in Washington D.C., Howell Lewis Shay received an architecture degree from the University of Pennsylvania in 1913.  Shay went on to work for several differnt New York and Philadelphia area firms, including Mckim, Mead and White, Trumbauer, and John Windrim.  While at Trumbauer, Shay was credited with facilitating the design of the Philadelphia Museum of Art by aiding the firms involved to agree on the final design. He worked independently approximately one year before establishing a partnership with Verus T. Ritterunder the name Ritter & Shay.  After Ritter & Shay dissolved around 1936, Shay continued to practice successfully on his own, establishing in 1948, with his sons Howell Lewis Shay, Jr. and William Dixon Shay, the firm of Howell Lewis Shay and Assocs., architects and engineers. Considerable work was accomplished during these later years in the area of academic and institutional buildings, continuing the successful school practice which Ritter & Shay had begun.