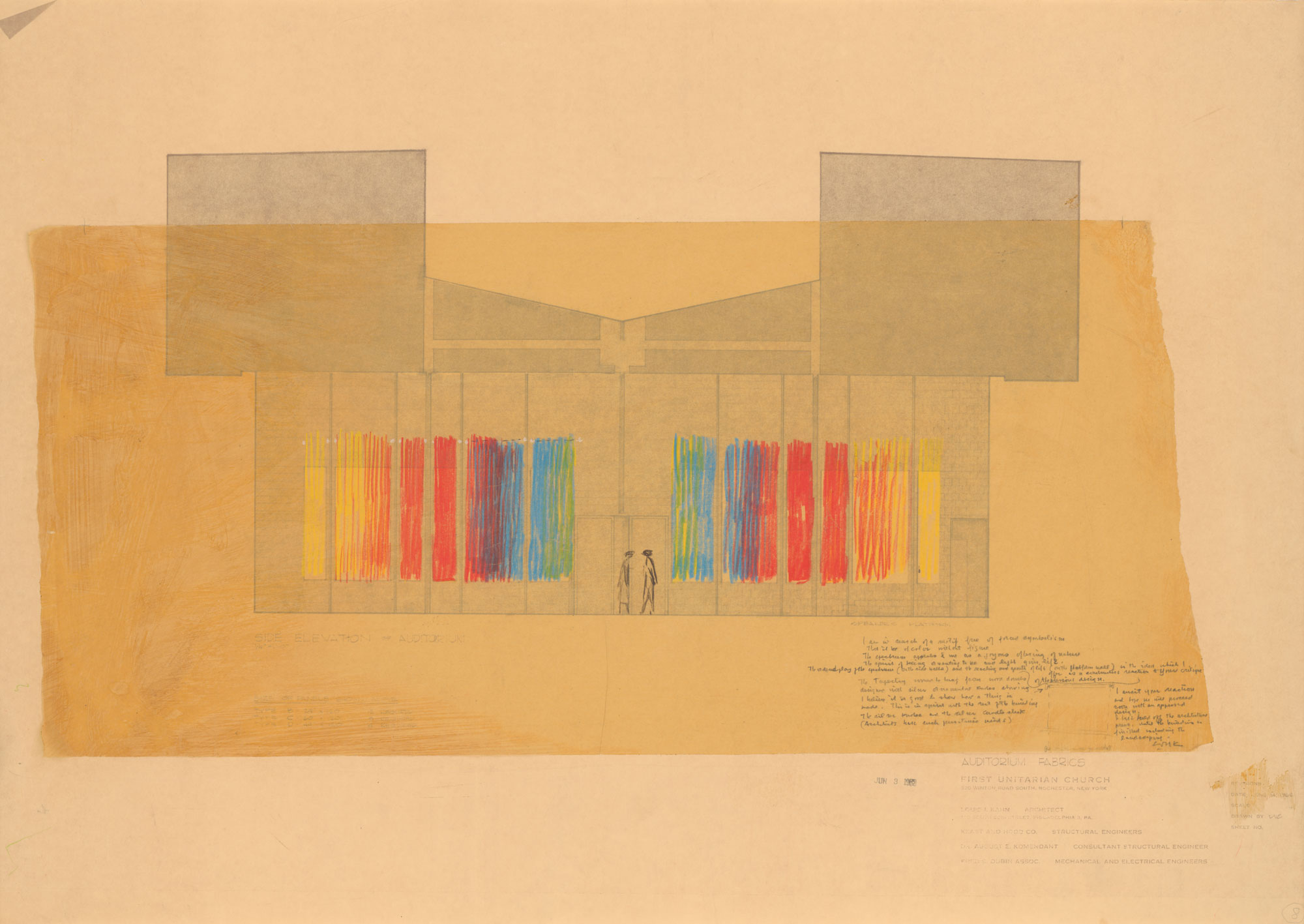 The First Unitarian Congregational Society of Rochester, New York was established in 1829. In 1959, the Congregation commissioned architect Louis I. Kahn (1901-1974) to design what would become its fourth home. A later addition, also designed by Kahn, was completed in 1969 to house additional meeting rooms for the church’s school.

The collection comprises twenty-nine drawings, which were presented to the church’s Building Committee at various times during the design process, and one architectural model.