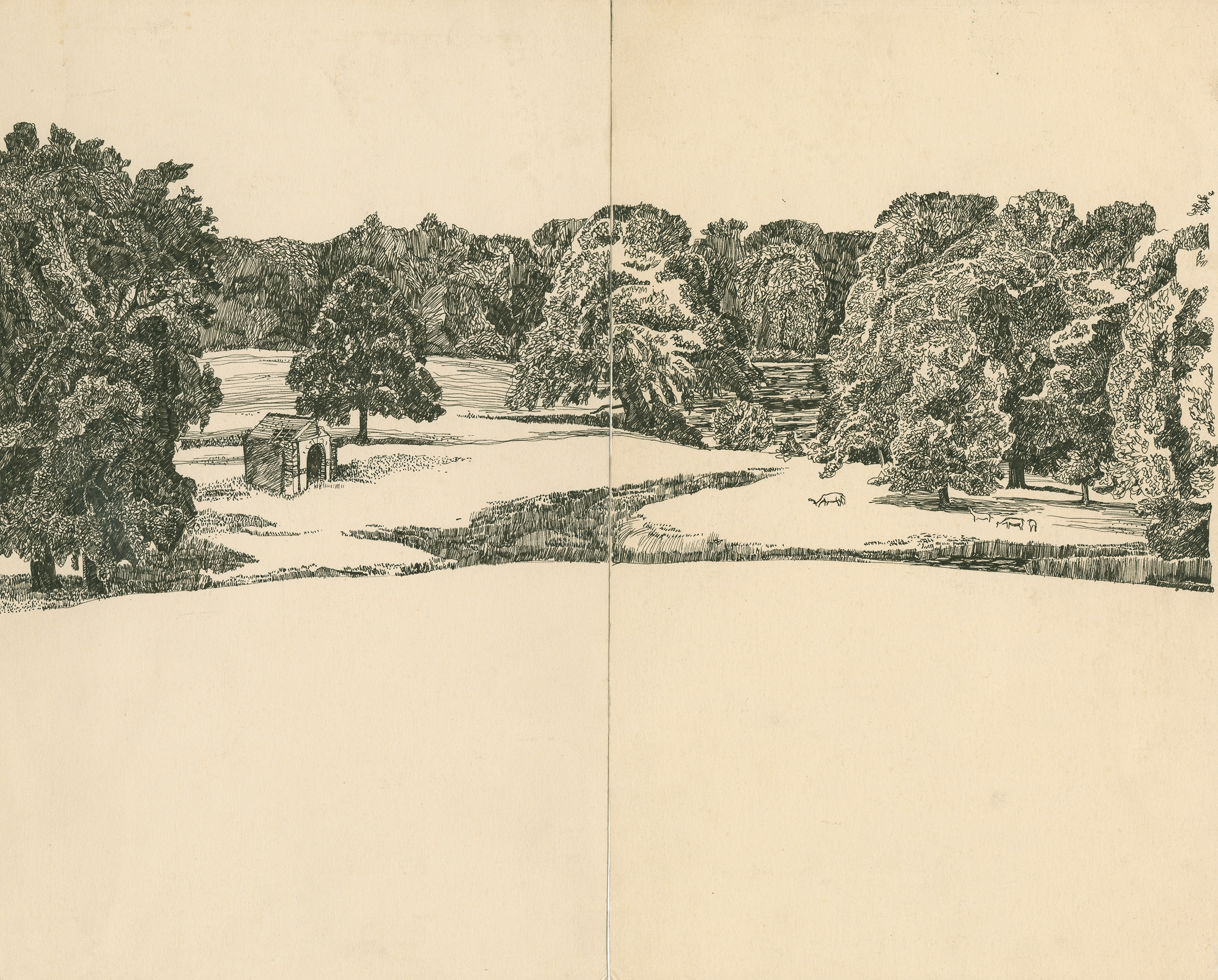 Laurie Olin grew up in Alaska, and earned his degree in Architecture from the University of Washington in Seattle, then worked for offices in Seattle, New York City, and London. In 1967 he began teaching at the University of Pennsylvania, where he has taught for over thirty years, and served as chairman of the landscape program at Harvard’s Graduate School of Design from 1982-1987. Olin is the founding partner of the landscape architecture and urban design firm OLIN, formerly Olin Partnership, whose designs include the United States Embassy in London, Apple Park in Cupertino, and the Barnes in Philadelphia.

The Laurie Olin collections contain various sketches by Olin, some highlights include original sketchess for Across the Open Field, sketches created during his fellowship at the American Academy in Rome, and designs for the Independence Hall landscape.