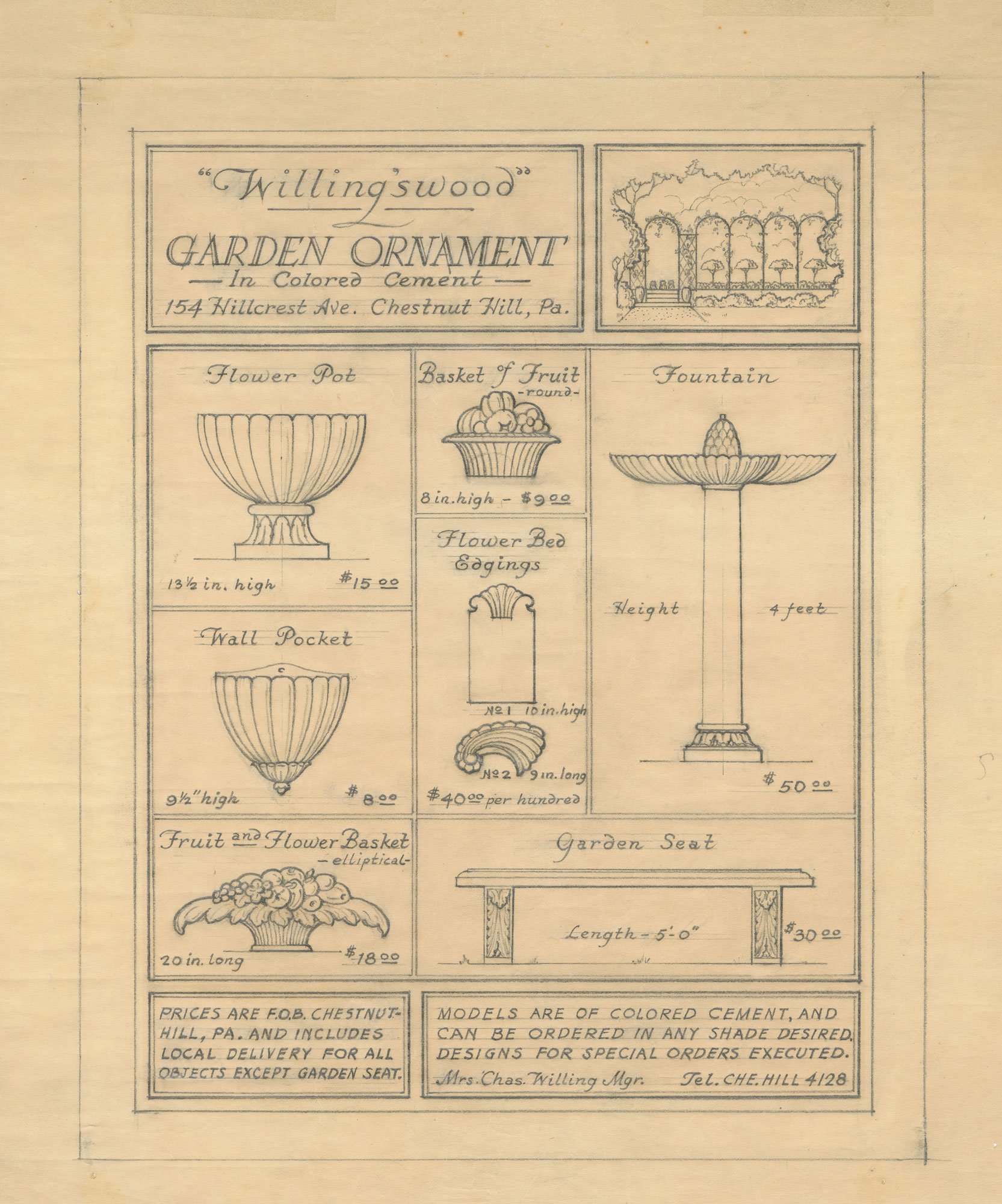 After graduating from the University of Pennsylvania, Willing worked at Brockie & Hastings and then Furness, Evans & Co. During World War I, Willing served as a first lieutenant in the Sanitary Corps, remodeling and building hospitals, before returning to Philadelphia to open an architectural office in 1919 with another former associate from the Furness office, Joseph P. Sims. Willing's interest and skill in landscape architecture played a significant role in the firm's success in domestic commissions for the region's elite in the period before World War II, and even led him into the development and marketing of a line of garden ornaments.

This collection contains student work from his time at the University of Pennsylvania, photos of a residence designed by Willing and a cast cement garden ornament for the Willing Residence.