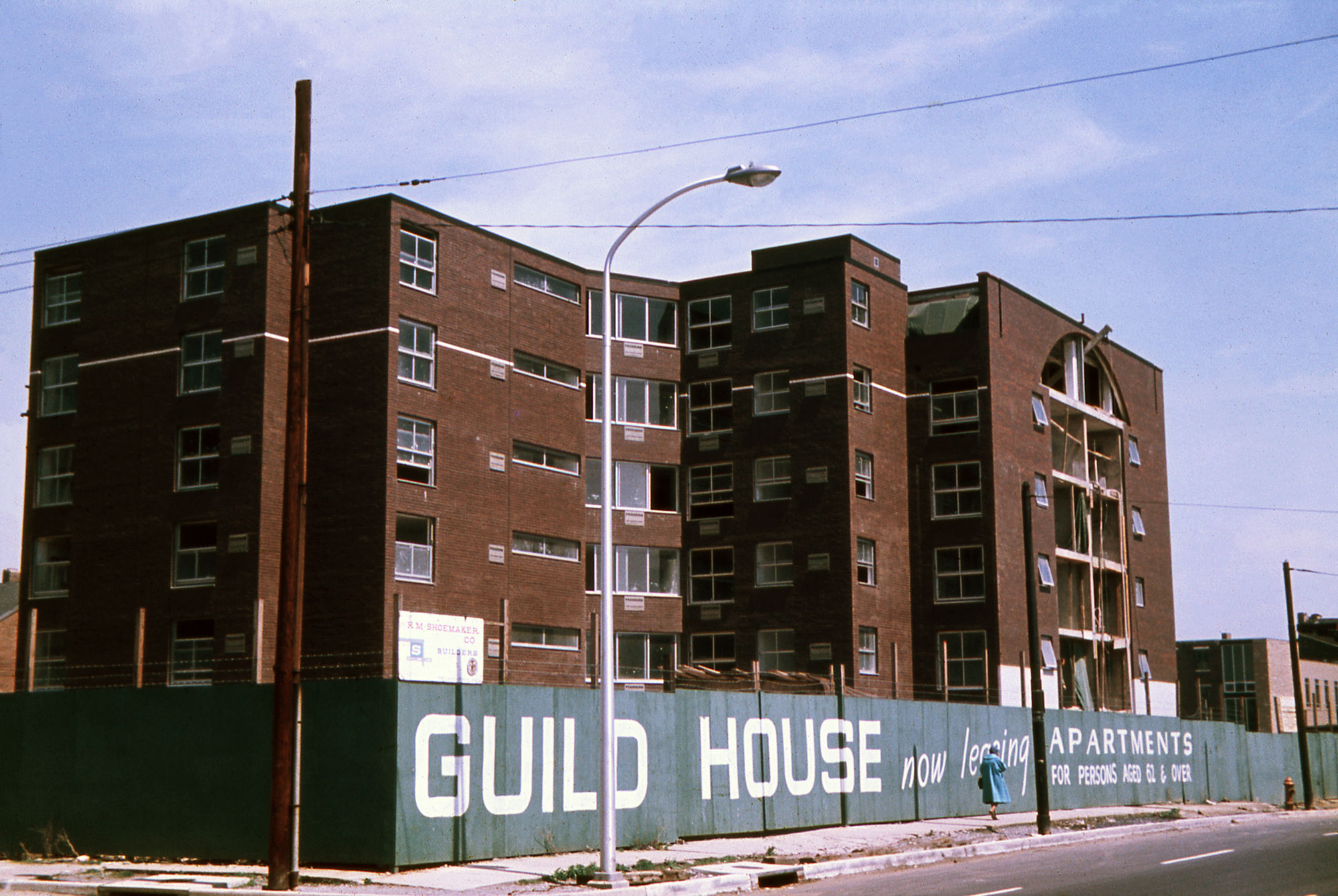 Paul M. Cope earned an undergraduate degree from Haverford College (1947) and went on to earn a B. Arch. and M. Arch. at the University of Pennsylvania in 1950. Horace Mather Lippincott also attended Haverford (B.S. 1943) and earned an architecture degree form the University of Pennsylvania in 1948.  While Lippincott established an independent practice in 1948, he also worked full-time in the firm of Oskar Stonorov between 1948-51. Before joining Lippincott to form Cope & Lippincott in 1957, Cope worked for two prominent Philadelphia firms: Sweet & Schwartz (1950-52) and Vincent G. Kling (1952-57).