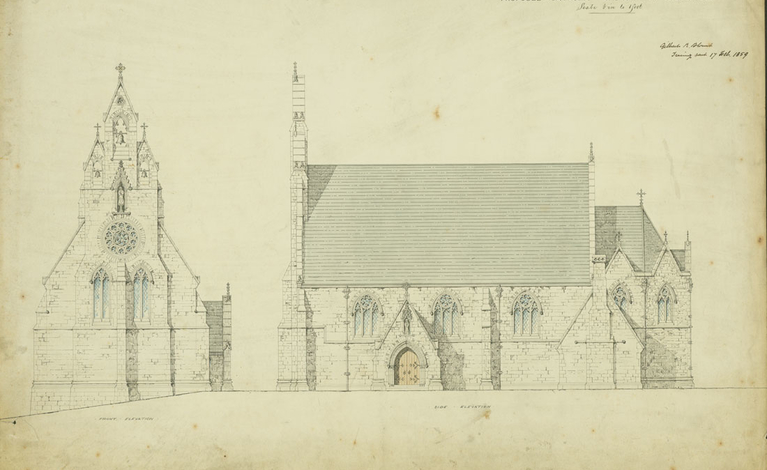 Gilbert Blount was an English architect who started his career as a civil engineer under Isambard Kingdom Brunel, including being the superintendent for the Thames Tunnel works. After a period in the office of Syndney Smirke, Blount was appointed as architect to Cardinal Wiseman, the Catholic Archbishop of Westminster. His activity as an architect was largely in service of the need for new churches and related ecclesiastical institutions.  This work coincided and influence the resurgence of Catholic church buildings and design elements in England.

This collection contains a range of Blount's designs for both butl and unbuilt buildings. Holdings include studies for eleven churches (1844-74), two tabernacles, reredos, two pulpits, a stained glass window, and twelve high altars.