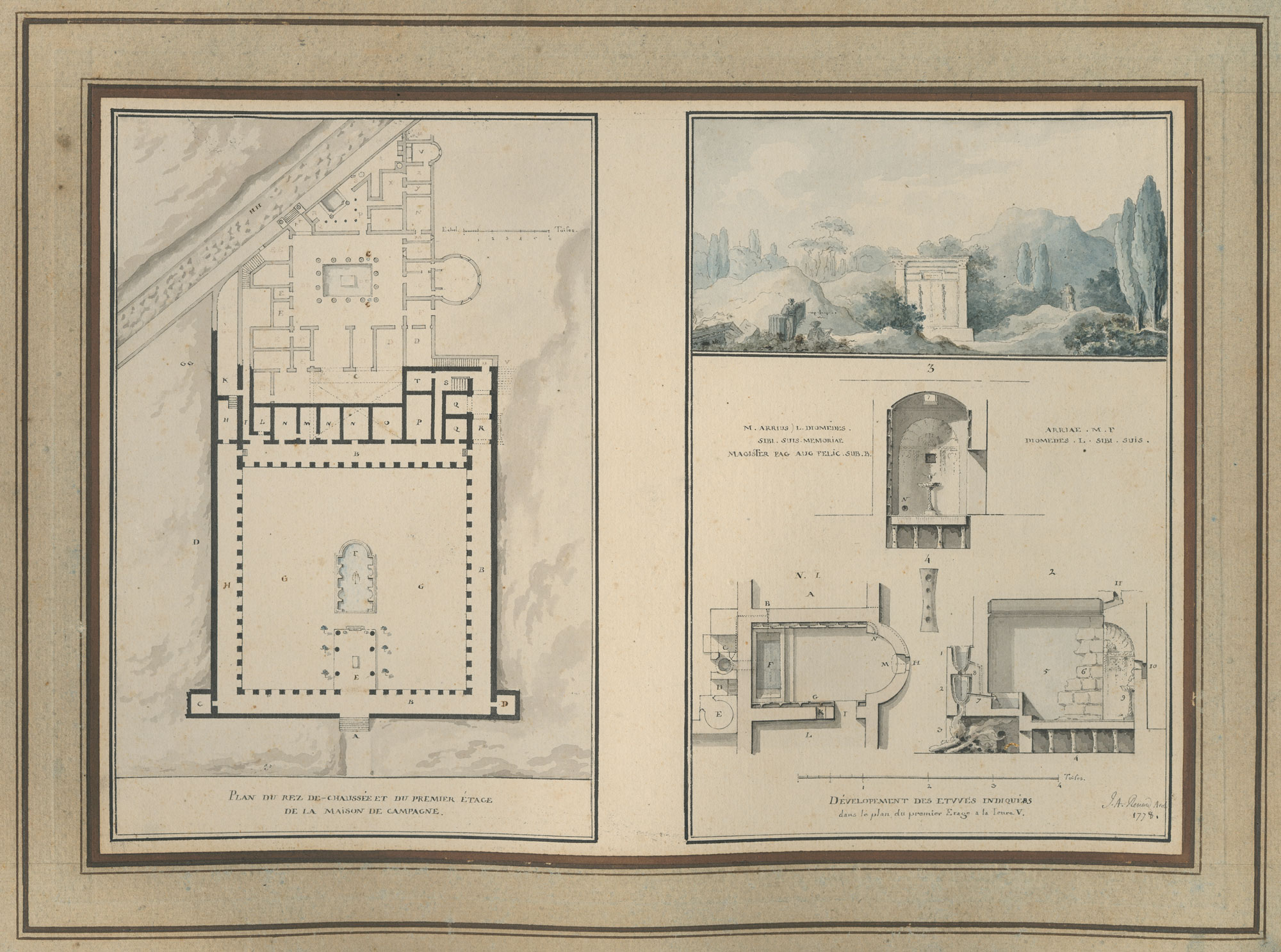 Jean-Augustin Renard is a French architect, who won the Grand Prix de Rome in 1773 and studied architecture in Rome. Renard worked as an architectural draftsman providing drawings for the plates of the Abbé de Saint-Non's celebrated Voyage Pittoresque de Naples et de la Sicile. Renard also produced architectural drawings for his own purposes, partly as part of his course of study in Rome and partly to publish a volume of drawings of architectural detail taken from the buildings of ancient Rome.

The collection comprises four architectural drawings on two sheets, documenting three archaeological sites in Pompeii: a Doric Temple, the so-called Villa of Arrius Diomedes, and the Cenotaph of Diomedes.